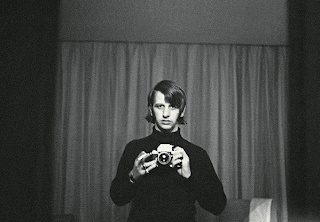 Ringo Starr is one former Beatle who is not afraid of embracing the 21st century.

Aptly titled Photograph (after his 1973 hit solo single released after the Beatles broke up), the 72-year-old drummer shares the story of his life via pictures, video and audio.

While there may be a bit of interest in seeing snaps of baby Ringo growing up in Liverpool or an older Ringo traveling the world, the ultimate sales trigger will be the 100 never-before-seen candid photos of the Fab Four during their catapult to fame and years as the best rock band of the 20th century during the mid-to-late 1960s.


The eBook is actually an iBook, available exclusively from Apple’s iTunes on pre-order for $9.99 now (for delivery on June 12). In addition to the photos, you’ll also get video and audio narration by Starr himself, who says, quite frankly, “These are shots that no one else could have. I just loved taking pictures and I still do.”