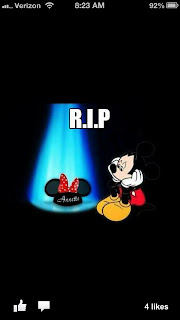 Margaret Thatcher died this week in the UK, which was the dead (pun alert!) of night US time. The former British Prime Minister (1979-1990) was 87 years old and had been in deteriorating health for some time.

Thatcher and her politics were much like those of her contemporary, Ronald Reagan. Which led to a torrent of anti-Thatcher comments making the rounds on the social network channels by the time most Americans were sipping our morning coffee. Americans felt obliged to butt in. Those old enough to remember some of Reagan’s less humane policies took the opportunity to pile on and say bad things about Thatcher, who was also known as “The Iron Lady”, and last year was portrayed on the big screen in an Oscar-winning turn by Meryl Streep.

It reminded me of a quote often attributed to another great actress, Bette Davis, who held fast to the belief that you should never say anything bad about the dead. When informed that one her enemies in the film business had died, la Davis responded with, “Good. She’s dead.”

No one could say a bad thing about head Mouseketeer Annette Funicello, whose death at the age of 70 later on this same Monday, California time, knocked the Thatcher hate offline for a few hours. It took happy memories – perceived and surreal – from watching Annette on the “Mickey Mouse Club”, in all those beach party movies or as head spokeswoman for Jif peanut butter to call off the hounds over here.

And that’s the way it should be. Annette Funicello was an American treasure. She was ours. Margaret Thatcher was not. And just because social media didn’t exist when Ronald Reagan finally succumbed in 2004, after years spent in the same dementia-laden wilderness Thatcher was exiled to, was no reason for Americans to dump on Thatcher.

An accomplished digital photographer, her photos have appeared in 7x7 Magazine, the San Francisco Chronicle and Google Schmap.
Read More Share
LifeProof Protectors for iPhone & iPad That Can Even Go Underwater
TravelShark for Great Location Recommendations