The mysterious site of Sayhuite, is one of Peru’s greatest anomalies, baffling archeologists as to its origins and purpose. Located in the province of Abancay about four hours from Cusco by car, the site is one of the lesser visited tourist attractions. And this was a site I was really excited to see.

Early one morning,  I climbed into a crowded collectivo ready to brave the windy mountain roads. The crowded van shifted with each turn, hugged the side of the mountains, traversed the narrow cliffs and passed above farms resting in the valley below. Most that venture out of Cusco to visit Sayhuite are aware that the site consists of several carved rocks, with the Sayhuite monolith as the most famous. The site is highly regarded by the Peruvian people as a glimpse into the sacred minds that only the Inca’s understood.  But since the true purpose of  Sayhuite is unknown, the mystery adds to the intrigue. And some question the site itself was created by the Incas. 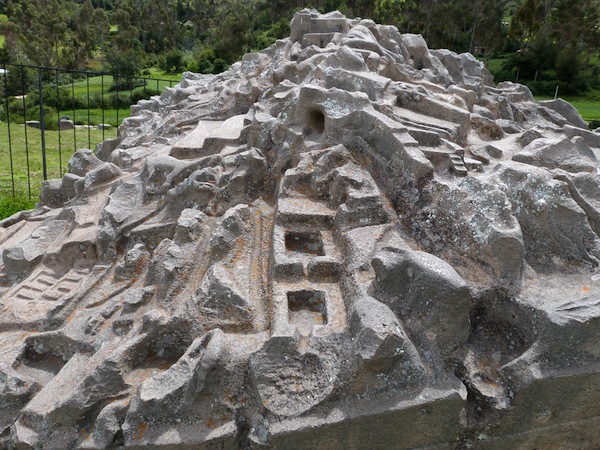 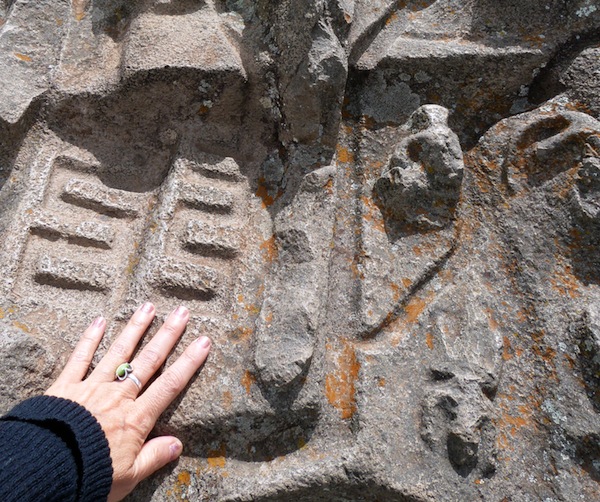 Those answers died with the original builders and users, from many years past.
There are many theories but no one can really say for sure. 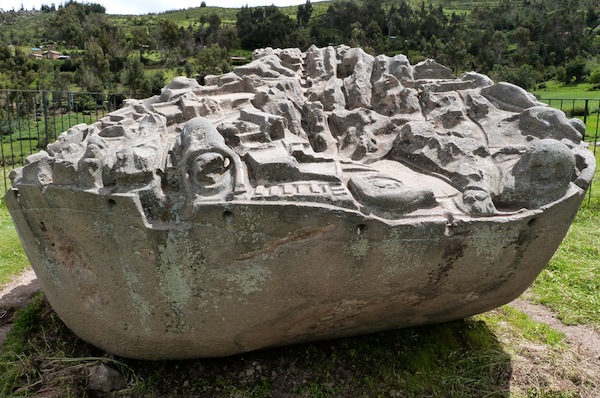 Some regard Sayhuite as a place of religious worship by a water cult with a priestess in charge.

Sayhuite is located on top of the hill called Concacha. The  monolith measures four meters wide and two meters long. The surface is carved with more than 200 figures of geometric and zoomorphic shapes, mostly felines, reptiles, frogs, and serpents. These animals all have sensual flowing qualities, representing a close association with water.  The entire rock itself is even formed in the shape of a feline head. It is said to have been transported to the hill since it is not a natural outcrop.

Or could Sayhuite be a scale model of an ancient city?

Researcher Brien Foerster and Dr. Arlan Andrews believe the Sayhuite monolith was once a water irrigation testing site. They demonstrate  water flow in this video. 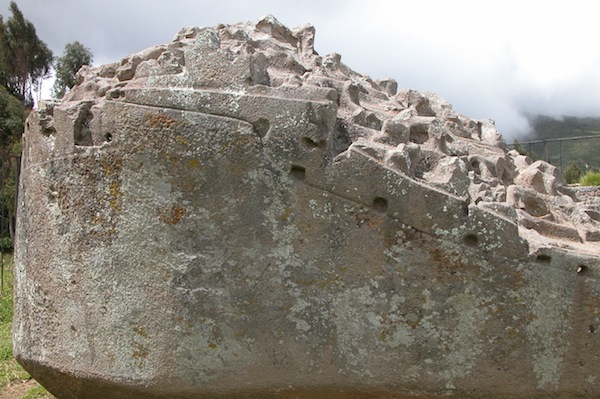 Or how about my theory, a representation of a large craft, perhaps one that once set out to escape a great flood in times of catastrophic earth changes?

Nobody knows for sure at this point.

Just beyond the  Concach hilltop into the valley below, there we found several other carved rocks scattered through the grassy knolls. 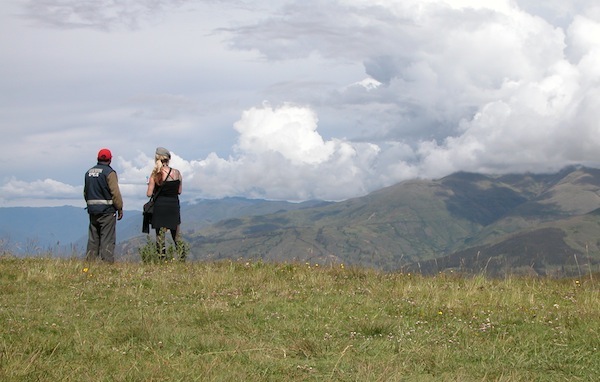 The carved style is very different than the Sayhuite monolith above, reminiscent of some of the other ancient sites within the Sacred Valley. The most amazing was a rock with carved stairways and ascending platforms which is cracked down the center. 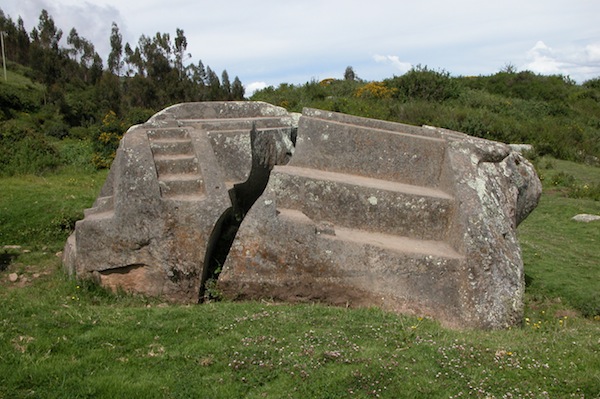 There are unusual squares, circles, geometric shapes and channels  carved into the surfaces as well. 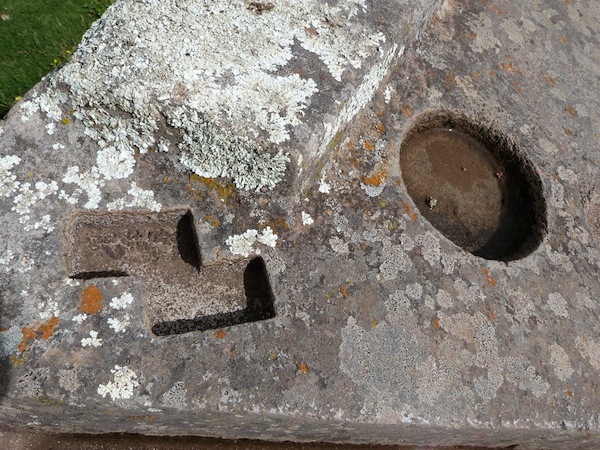 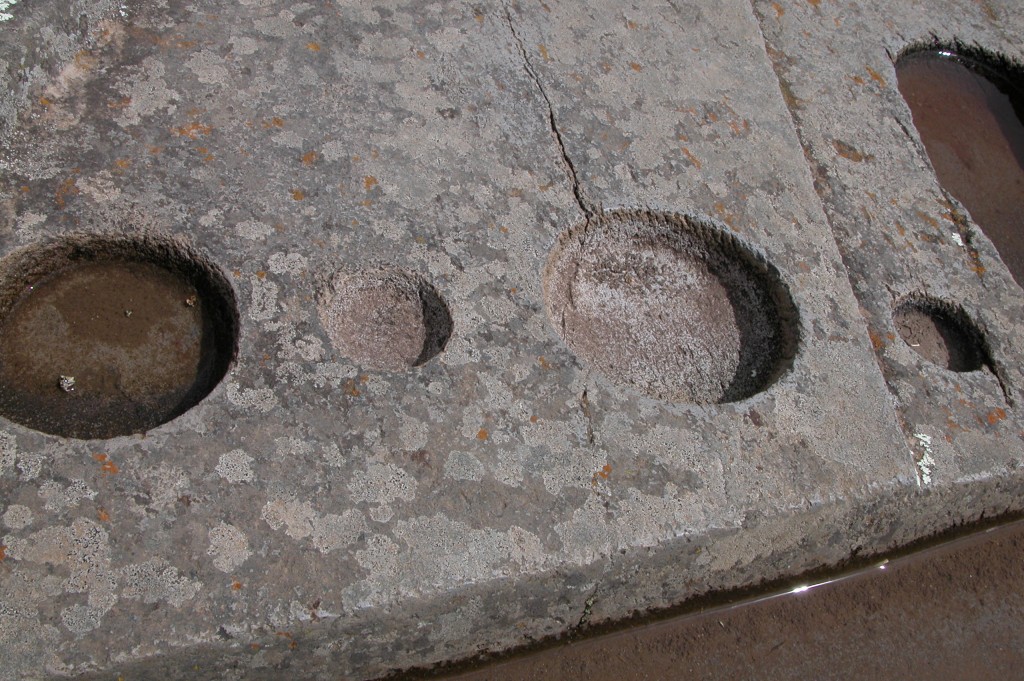 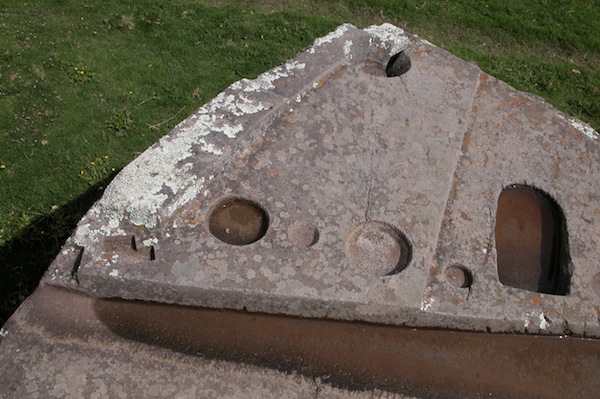 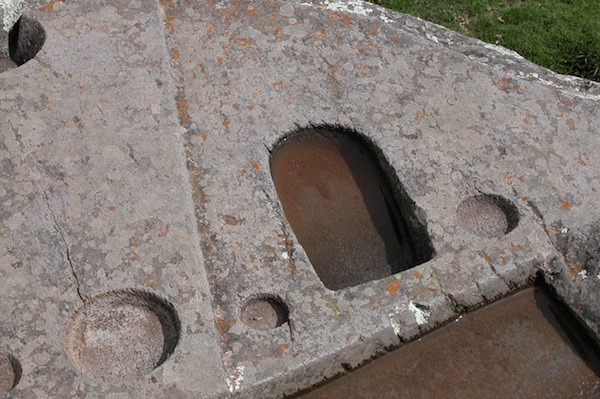 Just a few feet south, there is another interesting carved rock, thought by some to be  a solar rock–when shadows are cast by the sun, they can be used to record cycles. But who really knows? 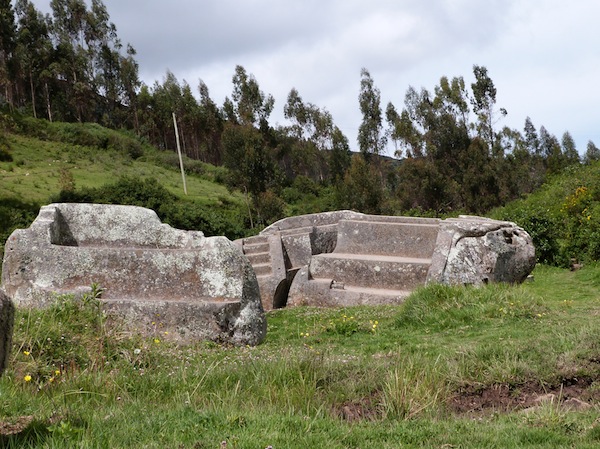 Whatever these rocks may have been used for during the Inca or pre Inca civilizations, they look as if they served a specific purpose, but today, no can be sure of what that could be. 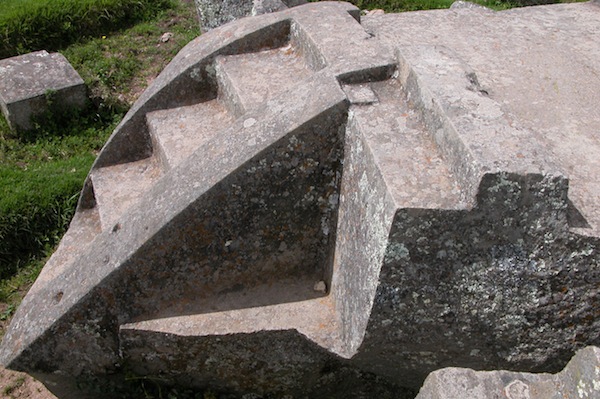 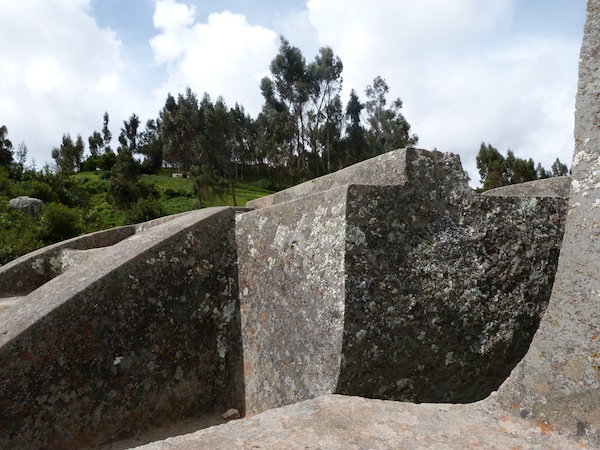 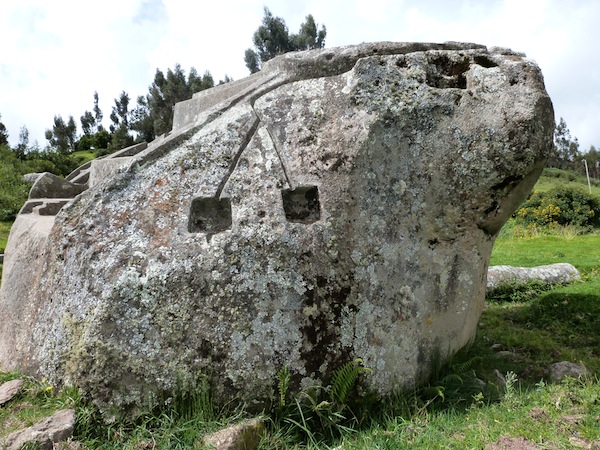 Today Lainie considers herself a digital nomad who is living a location independent life. She and her son write and podcast their experiences from the road at Raising Miro on the Road of Life.
Read More Share
Ringo Starr Unveils Photograph, An eBook On 72 Years Of His Life
Boston’s Eerie Holocaust Memorial Makes Us All Remember