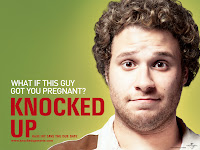 The Daily Dot reports that hundreds of innocent people were confused earlier this month about who was hosting the 85th annual Academy Awards telecast in Los Angeles, California.

In our usual two-screen viewing fashion, several were both dazed and confused when they looked up from their Twitter feed to discover it was not actor Seth Rogen (Knocked Up, The Green Hornet) hosting the awards, but rather Seth MacFarlane (creator of the TV series “Family Guy” and director of the foul-mouthed talking teddy bear movie, Ted). 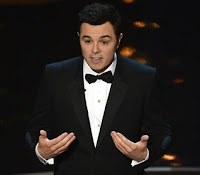 Rogen (@sethrogen) tried to correct the first tweet he noticed that identified him as the host, but the Twitterverse could not be stopped. So, the actor decided to play along, tweeting:

So psyched to be hosting the Oscars tonight! Its gonna be a great show!

Ultimately, Rogen was outed by one @IamBeccaStanley who tweeted:

Which was promptly retweeted by Rogen. Game over.

Meanwhile, the real Seth who was hosting the Oscars, Seth MacFarlane, has woken up this morning to mixed reviews of his gig. He gets points for his unexpected singing and dancing ability, and loses points for nearly everything else (see The New Yorker’s “Seth MacFarlane and the Oscars’ Hostile, Ugly, Sexist Night”). By the way, there have been no tweets from @SethMacFarlane since Saturday night.