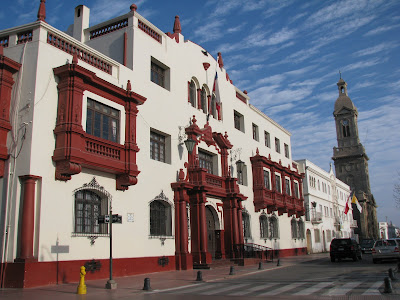 La Serena.  One of Chile’s oldest cities, today it’s about 8 hours by bus North of Santiago.  But at the time of its construction, it would have been a far-flung colony, meant to serve as a link between the Spanish colonial center of Lima in Peru further North and the newly founded Santiago to the South.  Thanks to its historic origins, it still retains some colonial architecture much like you can find in other Spanish settlements around Latin America.  Simple, flat-roofed, one-story buildings in an adobe style, or more ornate government buildings and cathedrals such as the ones you see above. 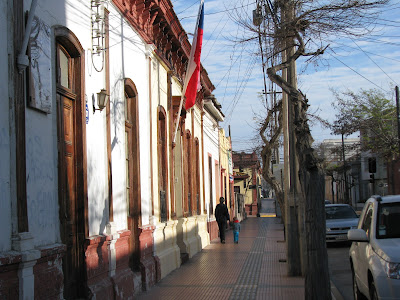 It’s interesting that the local government of La Serena, like Santa Fe in the US, made the policy decision in the 1900’s to enact a revival of the colonial architecture of the city, restoring some of the older buildings and constructing new ones in a similar style.  Any city in Chile interested in architectural preservation has a special challenge, though, due to the powerful earthquakes that regularly strike up and down the length of the country.  Read descriptions of many of Chile’s towns and cities in a guidebook, and you’ll almost always read a passage saying something along the lines of “unfortunately many of [insert name]’s historical buildings were destroyed in the earthquake of [insert year]. 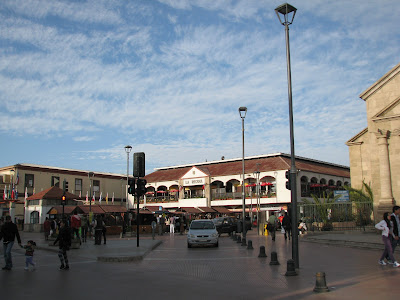 We came to La Serena during last year’s fiestas patrias, the week of September 18.  The local equivalent of Independence Day, it’s a time of year when everybody takes several days off work to celebrate close to home with family.  Or, as is more and more often the case with Chile’s recent economic prosperity, to take the opportunity to travel within the country or abroad.

La Serena was certainly set up at the time to receive tourism, and areas like La Recova, a traditional market today given over to handicraft stalls and restaurants, was bustling with tourists and locals alike. 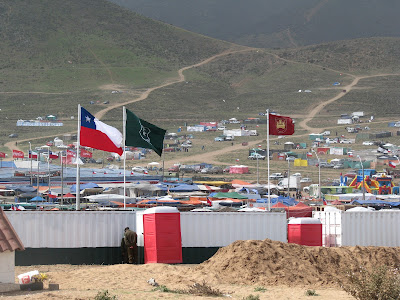 One of the most popular activities in the area during fiestas patrias is the pampilla.  A sort of outdoor festival, it reminded me a lot of the fonda as it is called in Santiago and other communities further to the south.  Like a county fair, both the pampilla and the fonda feature live music, lots of food and drink, vendors, carnival games, and traditional events like rodeo and cueca, a form of music and dance like what you could expect in an old west saloon.  Chile’s huasos, much like cowboys in the US, form part of the historical identity of the country. 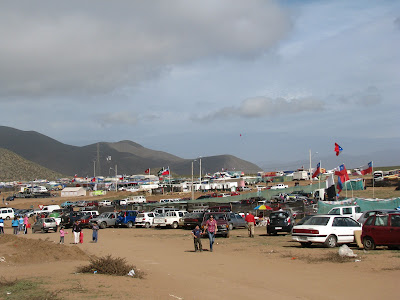 The pampilla is different from the fonda in that people come to the pampilla to camp for several days, The pampilla we attended here was not the famous pampilla of Coquimbo, a port city just to the south of La Serena.  That pampilla we would attend the next day, and which I’ll describe in next month’s story.This one, taking place in the hills just outside La Serena, was a little short on activities for people who didn’t come to camp.  What we noticed was that people came here in large groups of extended family and friends and set up their own self-contained party.  As for public space, we managed to find a tent serving up cold beer, empanadas and grilled meat.  Once we had our fill, we felt like we’d really gotten what we needed from the pampilla experience for the day, knowing we’d have another one in Coquimbo in short order. 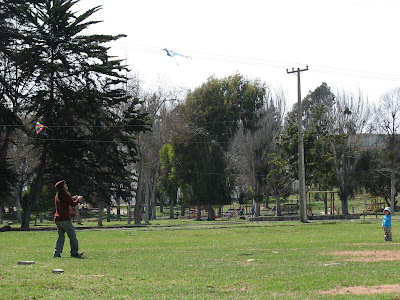 September, being the beginning of Spring in the southern hemisphere, is to Chile as March is to the US.  So for families with young children, one of the favorite activities during the fiestas patrias is to fly a kite.  A side note on Chilean Spanish here.  Chileans often like to say that their Spanish is terrible, citing their extensive slang and non-standard pronunciation.  However, the country also has a wealth of poets and writers, providing evidence to the contrary.  I propose to you here a brief lexical example, and you can draw your own conclusions. 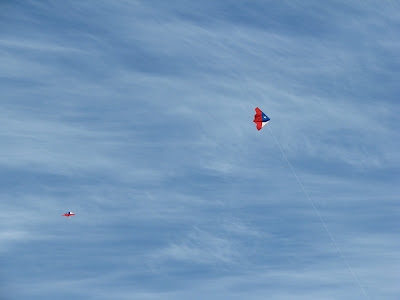 In Ecuador, they say volar una cometa to say “fly a kite.”  A quite literal translation if you look it up in a dictionary.  However, in Chile the same phrase would translate as encumbrar un volantín.  Within the Chilean dialect, an equally literal translation, but you’ll see that the two phrases couldn’t be more different and still describe the same thing.  Does one take more poetic license than the other?  I can’t count how many times the Spanish I learned in other countries has failed to convey my intended message here in Chile.  The vocabulary and varied senses of words here is truly different than in other countries.  From country to country, the Spanish varies widely, but still, it’s all Spanish.  Is one Spanish more standard than any other?  It depends on things like where you’re from, and how you perceive the differences. 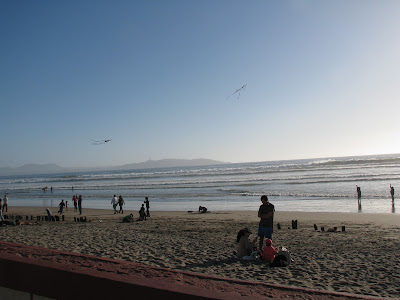 Another fun thing to do here is go to the beach.  Between La Serena and Coquimbo, there are some 12 beaches, ranging from crowded to nearly empty, and from calm seas to high waves.  Generally the water of the Pacific Ocean in Chile, even to the North, is too cold to swim in for very long, so most people come to the beach to sunbathe, play in the sand, and in the Spring, encumbrar un volantín.  Our hostel was in La Serena’s historic center, a couple of kilometers away from the beach.
But a shared taxi colectivo along one of the city’s main avenues will take you here, to El Faro, another piece in Plan Serena, the revitalization project for the community which I mentioned at the beginning.  Along with the lighthouse, you can also see the high rise condos that line much of the coastline between Coquimbo and La Serena.
I have to say our own experience there, even during the festive holiday, was a quiet one.  The name La Serena itself, meaning “serene” or “calm,” clearly gives the impression of a quiet town, and the traditional concept that people have of Chile’s North is just that: small, sleepy towns where people still sleep the afternoon siesta and the only activity is in the mines.  In Chile’s recent census, however, the communities of the arid North of Chile, including La Serena, consistently ranked as the country’s fastest growing, inevitably giving rise to more modern buildings and modern lifestyle.  But for now, La Serena retains its pleasant, peaceful facade. 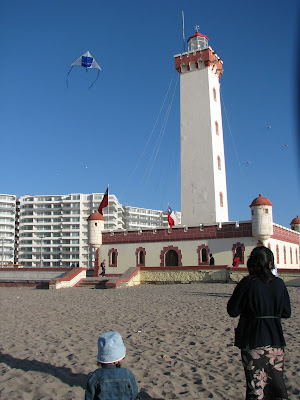 Brian Horstman is a teacher of English as well as a traveler, writer, photographer and cyclist. His interest in traveling around Latin America began while he was living in New Mexico, where he began to experience the Latino culture that lives on there. From there he spent time in Oaxaca, Mexico and has since been living in Cuenca, Ecuador and will be living in Chile starting in 2011. Cal's Travels chronicles some of his more memorable experiences from Mexico and Ecuador, as well as some side trips to other parts.
Read More Share
A Greek TEDx Talk: Optimism is About Being a Tom Sawyer Looking for a View of the World
Alas, Twitter is Coming of Age in America