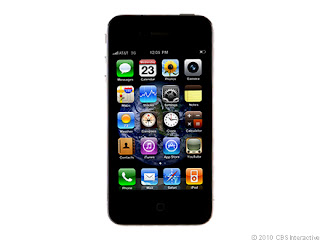 Many street photographers, including me, have upped their games since smartphones came on the scene. Particularly the iPhone 4S, with its superior camera and multitude of cool apps and add-ons.

But iPhoneographers and others who troll the streets texting, talking and accessing apps like Yelp and FourSquare to find the best local coffee or a freebie need to be aware. You’re at high-risk of being mugged for what thieves deem far more valuable than the contents of your wallet. They want your iPhone. And using it openly on the street, distracted by potential meetups, deals or an awesome shot of that wino crouched in front of the corner store at twilight could cost you your phone.

At a community meeting in San Francisco’s Lower Haight district last night, smartphone thefts were brought to the forefront. In a neighborhood recently plagued by a series of home burglaries, car break-ins and armed robberies, Captain Ann Mannix of SFPD’s Northern Station, held up an iPhone.

“Who owns one of these?” she asked.

Dozens of people raised their hands.

“This is the number one stolen thing in America. Don’t walk around texting and staring at your phone; keep it in your pocket.”

Obviously, that’s not one of the top 10 rules for street photography. If we kept our phones in our pockets all the time, we’d be out of business. At the risk of stating the obvious, then, be aware. Especially since some of our best street shots are taken early in the morning, at twilight or, thanks to the built-in flashes on our iPhones, late at night in neighborhoods with higher than average crime rates.

An accomplished digital photographer, her photos have appeared in 7x7 Magazine, the San Francisco Chronicle and Google Schmap.
Read More Share
Is Is True That Archaeologists Are Excavating Mona Lisa’s Tomb?
Rain and Mist in the American Pacific Northwest

One Response to Street Photographers Using an iPhone: Be Aware