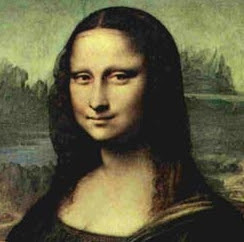 Archaeologists Excavate Mona Lisa’s Tomb… Again … Maybe. Italian researchers, led by Silvano Vinceti, chairman of the Italian national committee for cultural heritage are at it again. This time they are jumping up and down and celebrating the discovery of some bones in the former Convent of Saint Ursula. Wow. So we got some bones, that aren’t really but might be related to the skull and bones they excavated last year.
Read on for the full story, but chalk this up to their need to hype an otherwise ordinary excavation because the rich guy they got to fund the project might be a descendant of the person who was probably not the model for the painting… Daily Mail article here. 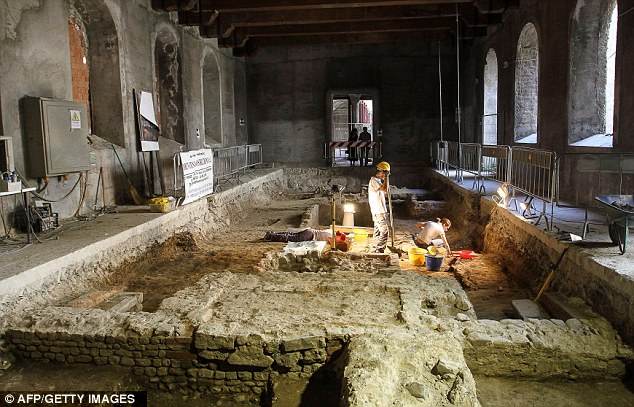 From my earlier post: Archaeologists have claimed that they found the tomb of the Mona Lisa. The main source for the story is the UK Telegraph  newspaper and in the Daily Mail. Before this goes flying around the Internet, let’s take a look at it more closely.

First they haven’t found much of anything yet:  “So far we have found some beautiful bits of pottery and old bones but the real discovery is still to be made – when we reach the crypt and open it to see if there are any remains.”   So the telegraph is running a story about something the dig might find, if they have the right tomb, but it hasn’t been found yet .
Second, questions remain about who was painted in the picture? According to the Telegraph it was: “Lisa Gheradini, who died in 1542, was the wife of a rich silk merchant named  Lisa Gheradini . In Italy the Mona Lisa is known as “La Gioconda”.   The aim of the dig is to find Mona Lisa’s remains, compare her DNA with that of two her children buried in Florence’s Santissima Annunziata church, then reconstruct her face and compare it to Leonardo’s painting.”
Interesting no? But it is curious that as recently as February Vinceti confidently pronounced that the model for the painting was DaVinci’s male apprentice and possible lover Salai.
The lesson for today kids is this: it is always better to wait than to rush to conclusions. Especially when they are published in the Telegraph…
It seems that the Italian archaeologists have found a skeleton. Read the ANSA.IT article here. Apparently the plan is to link the individual in the grave to the Mona Lisa by using facial reconstruction and DNA. However, the poor state of preservation evident in the photograph, and the somewhat unreliable nature of facial reconstruction in general, would make any identification tenuous at best.  Besides, it wouldn’t be surprising to find someone with Del Giocondo DNA given that the researchers are digging in the family’s crypt.