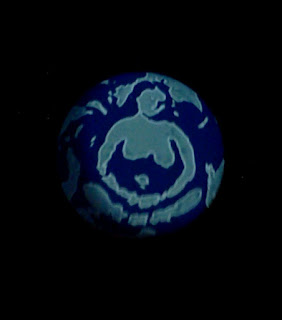 The galleries weren’t all open as they were changing out a couple of their temporary exhibitions. The permanent exhibition is focused on the story of the Anishinabek, from the begging to today.
The animated film of the Anishinabek creation story is a must see. I particularly liked the style of the animation as it captures and communicates the wonder of how the Anishinabek came to be.  The photo above is from the film, apologies for the graininess. 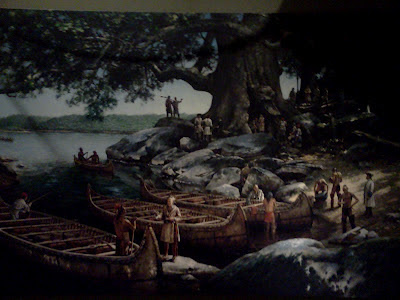 The route you take through the museum walks you through time.  Begining with the Anishinabek creation story and ending with discussion of local support for the actions of the American Indian Movement at Wounded Knee.  The photo to the left depicts trade, communications routes and transport in Early America. 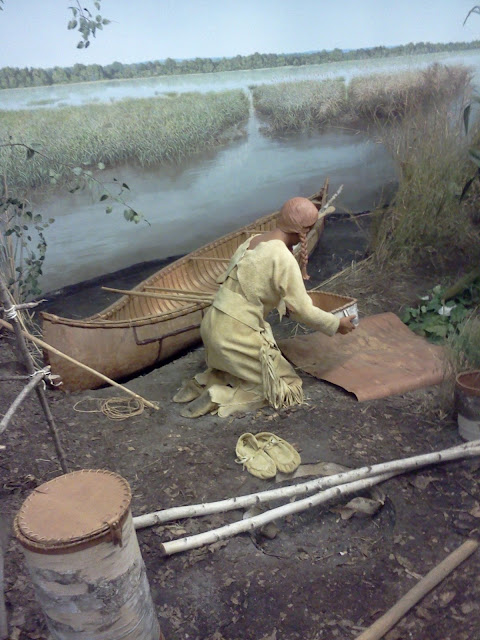 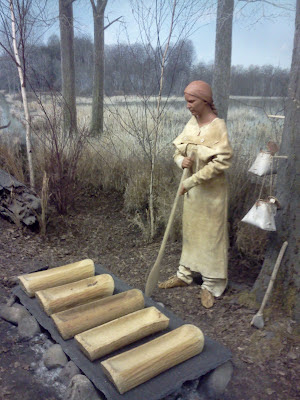 Other vignettes in the main gallery depict scenes of Anishinabek daily life.
The center hosts a number of cultural evants such as dances and story telling.
All photos were taken inside the museum. They should not be used for any commercial purpose.

Whether hiking the length of Hadrian's Wall or exploring for petroglyphs in New Mexico, history and adventure are Monty's passion.
Read More Share
Want to Spa Your Way Around the World? Check This List Across 5 Continents
Air Berlin on the Runway