Art Daily and ScienceDaily among others are reporting that a team of archaeologists from the Department of Anthropology of the Americas at the University of Bonn and Mexican antiquity authorities have discovered the tomb of a young prince in a palace in the Mayan city of Uxul in Campeche, Mexico which is near the border with Guatemala.

According to ScienceDaily the palace complex was built around AD650 and consisted of eleven buildings arranged around five courtyards.

Archaeologists were excavating an area under one of the southern rooms of Structure K2, when they discovered what was described as a richly furnished tomb.

The tomb walls are made of brick and “covered with a corbel vault, typical for the Mayan culture.” Inside the tomb, the body of a young prince was discovered.

According to ScienceDaily, the prince was laid out “on his back with his arms folded over his stomach.

Around him were the remains of lavish burial offerings such as four ceramic plates and five ceramic cups in an exceptionally preserved state, some

of which were decorated with spectacular paintings and reliefs.

A unique plate with the painting in the codex-style was lying on the skull of the deceased.” 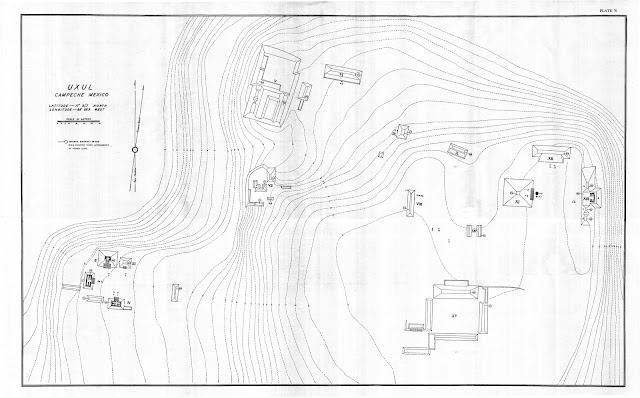 Photo: Carnegie Institute, Washington DC – map of site uxul.
The preservation of the ceramics alone would make this a very important Mayan site.

Whether hiking the length of Hadrian's Wall or exploring for petroglyphs in New Mexico, history and adventure are Monty's passion.
Read More Share
Geek Fashion Hurts My Senses in Silicon Valley But Women Stand Out & Up
Germany in the Summer: So Many Things to Love About Berlin