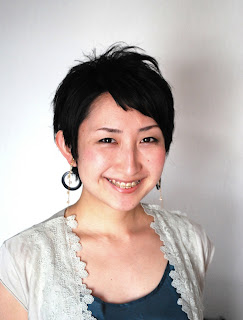 Haegwan Kim asks Natsuki Shiraki on her definition of success.  She says, “personally I think it’s the moment you achieved what you want, and that’d be money, occupation, or family – so it’s totally depending on who you are. Since I was a child, I’ve had many things that I want to achieve, and when I achieve one of them, that’s success for me.

HK: So the moments of achievement are not once in your life…

HK: So you founded Hasuna because that’s what you wanted to do?

HK: Can you tell me the beginning roughly?

NS: I fell in love with the global cooperation when I was 18. Until then, I was just a stupid high school student, and I’d been thinking what I should do. But when I watched the speech of a photo journalist, I had a vivid sensation. I saw pictures of genocide at Rwanda, poverty in Ethiopia, and natural disaster in Indonesia. I thought there’s so many people struggling with these problems and we need to help them, and that should be my life work.

Since then, my explore into global cooperation has started. I worked as an internee at NGO, NPO, UN, but concluded working as a social entrepreneur, here in Hasuna, is the best way for me.

I embedded my passion on the global issue and passion on fashion and art, which I have had since I was a child, into Hasuna. In fact, I wanted to work as an artist when I was a primary student, but with my mother’s disagreement, I gave up the dream. But with this business, I think I can pursue the dream again.

In that sense, I can do fashion that I like and global cooperation that I found when I was 18 as lifework here at Hasuna. So it can be said that I’m creating my own foundation to achieve what I want to do.

HK: I see. Since I start interviewing social entrepreneurs, I do often ask this question, which is “does your happiness equals other’s happiness?” What do you think about this?

NS: I believe happiness circulates around us in many ways. Of course sadness as well. That’s why I think everything I’ve done will come back to me in the future; it’s like a dogma or mantra. Doing good for society would be doing good for me. So I think it’s important to do something beneficial for others and our society.

HK: Why did you choose jewelry to start your activities as a social entrepreneur?

NS: As I said, I met with the global cooperation when I was 18 and went abroad to study at London University for three years. During the time I went to India for two months to stay with people in poverty. I wanted to know what I can do for them. The villages I stayed are 5 to 6 hours distance by bus from Chennai of South India. I visited many villages in the two months, and found people are quite happy despite their financial condition in many places. However, in a village where only the lowest position of caste live and work at mine, they had really bad working condition and didn’t show any smile. From the old to children, people in developing countries have energy in many cases, but they are totally different; all of them had dark atmosphere. People only say negative things and treat me badly. And then I realized that absolute poverty even deprives a child of smile.

The poorest in the poor, they often lose even the purpose to live, hope to live. Things we can get at mines are marble, jewelries and others that enrich people’s mind, but those who dig mines are so depressive, I thought. They are human beings too. I started thinking about this issue since then, and knew that there’s 14 to 16 millions of mine workers around the world and of course millions of them are children. Many of them are dying because of the harsh condition.

So I thought I want to give smile not only those who put jewelry on, but those who create jewelry. We often have a special feeling on jewelry. For instance things to pass on like father to son, son to grand son or engage ring which will be worn for the entire life. I thought that there should be smile behind the scene of jewelry and I founded Hasuna.

HK: You established the concept of “ethical jewelry”. What does this concept mean?

NS: Very simply, it means, at least we define, the world as that jewelry that’s tender for people, society, and nature. So we lessen the damage on environment and take care of nature and human life.

HK: Although it’s important to take care of nature but to live in capitalism society, earning money is necessary. What does “money” mean to you as a social entrepreneur?

NS: Well, personally I’m not interested in earning money. But I love fashion and am into bargains! Of course its not bad to have money, and if I don’t have it I will suffer. But I’m not interested in, I like buying stuff, though. We, Hasuna, think of money as gratitude; we pay for craftsman as a proof of our gratitude. So money equals gratitude for us.

NS: Of course we have goal set in the company, but we are not using “Yen”, but instead we use “smile”. Like “Let’s achieve 40 million smiles!” or anything like that.

HK: [Laughter]. Let’s talk about a gender issue in jewelry industry. In my personal understanding, the number of females are much bigger than that of male. What do you think about this?

NS: Well, but in fact management teams are almost male. Especially big companies’ CEO or CFO, they are always old guys. There’s a ceremony for the rewardable companies that achieve many success in the year and I attended the ceremony. Those who stood at the arena as representatives are an old guy, an old guy, an old guy and an old guy.

NS: So the problem is rather aging issue than gender. Our industry itself is aging. And this makes us more protective and conservative.

HK: Understood. What’s the aim of Hasuna for now?

NS: In short term, we will open the first store in March, so we’d like to manage it well. In long term, as I talked previously, I want to enrich the condition of developing countries. Plus, I want to repay kindness for the world of art. For example. Suntroy or Shiseido, they invest lots of benefits to museum and creative works. Like them, I hope we can protect the artists who need money to keep on their creative activities.

HK: We didn’t talk about success that much, so would you tell me your advice to people if they wanted to achieve success?

NS: Having ambition and telling the ambition to other people. I imagine what I will be 5 years or 10 years later once a year. And if the imagination is clear, I can see clear path to achieve the ambition. To make your vision clear, it’s important to talk with various people, read variety of books, and share it with your friends are very important. This is my advice.

Natsuko Shiraki is the founder of Hasuna.

Haegwan Kim is a writer who was born in Osaka, Japan in 1989 and grew up near Tokyo where went to a Korean school for 12 years.
Read More Share
RAMfest Goes Large in Cape Town, Durban and Johannesburg
Let’s Talk SEO Mistakes and Myths