I’ve been reading about this giant rubber duck for a while, now ever since I first read about it when it was in Sydney, Australia in 2007. The duck, created by Dutch conceptual artist Florentijn Hofman made it’s first appearance in 2007 in Sydney Harbor and its been in a number of places since.  Recently, it was in Southern Taiwan in the city of Gaoxiong, but now it’s right here in Northern Taiwan in a little place called Xinwu. The duck will be there from October 26, 2013 until November 10, 2013. 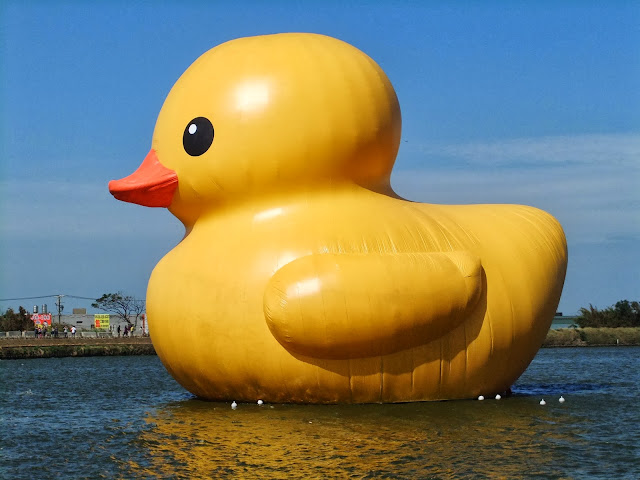 According to things that I’ve read, the artist doesn’t send the duck but sends plans for the duck, which are then implemented in the host country.  The duck in Taiwan was inflated in just seven minutes, thanks to technology developed here.  When the duck was in Hong Kong harbor it took an hour to inflate. Can you imagine the volume of air that had to be moved to inflate a duck that’s 58ft by 58ft by 81ft that’s 272,484 cubic feet (83,841 cubic meters) in seven minutes?  I’m guessing they didn’t just use the vacuum on blow. 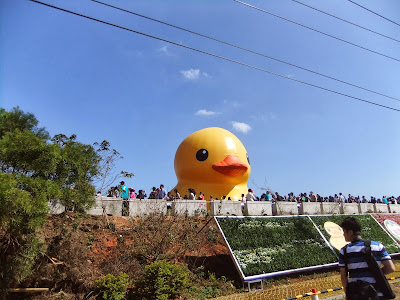 We decided that we couldn’t let the duck be this close and not go see it.  Even my teenage daughters were kind of excited about it.  Of course, they have fond memories of their little rubber ducks.  When they were babies I would play with the ducks with them while they soaked in the bathtub.  In fact, their first word was duck.  Most parents get “mama” or “dada,” we got duck.”
This duck is a bit bigger than they’re used to, though.  The duck is 18 meters high, that’s 58 feet for you on the English measuring system, and 25 meters long (81 feet).  That is one big duck, so you would need a big, big tub to play with it in.
We also got on the news as being the only foreigners in the place.  There were probably 10,000 people who went to see the duck today, which is pretty surprising for a work/school day.  The first day it was opened was a Saturday and 100,000 people passed by and gazed upon the duck in all its hugeness and glory.  In fact, they opened the art festival an hour early, because by 8:00 am, they already had a line more than three kilometers long.  They’re expecting 1.5 million visitors before the end of the run.  Xinwu is a small rural community, especially by Asian standards; only 48,000 people live there. 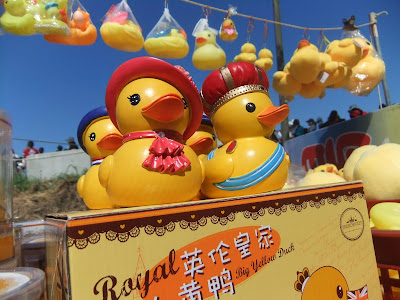 There was a great carnival atmosphere, with food vendors and souvenir vendors and other artworks on display.  People were happy and enjoying the autumn weather and of course, this is the absolute best time to be in Taiwan weather-wise. If you live in Northern Taiwan or are taking a trip there soon, take some time to visit Xinwu while the duck is there.
Admission to the Taoyuan Land Art Festival, that’s where the duck is, is free. 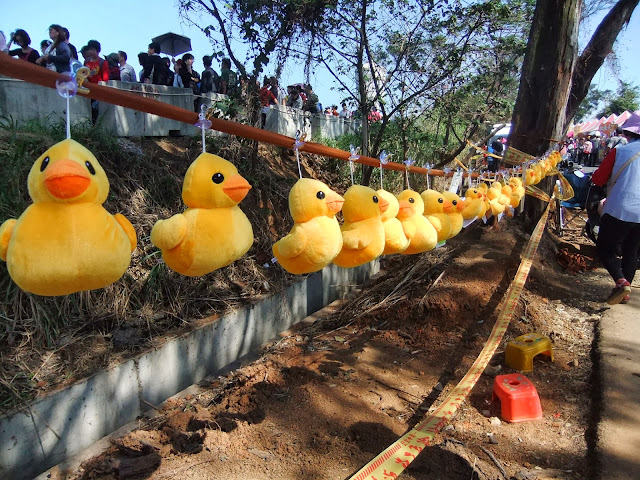 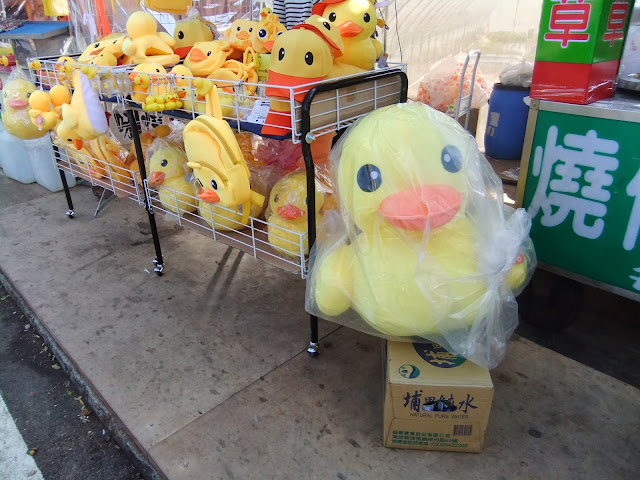 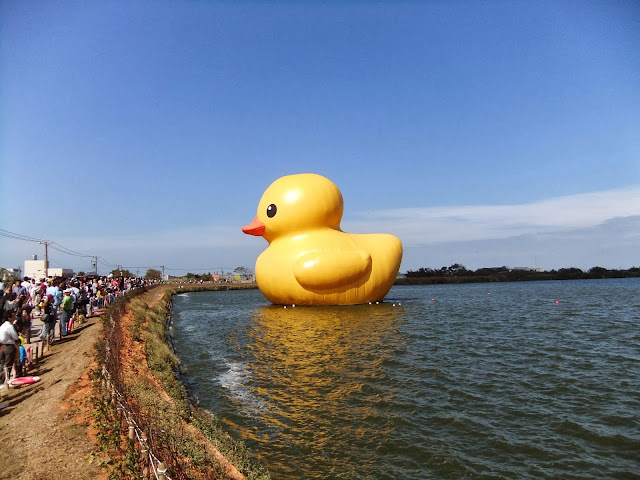 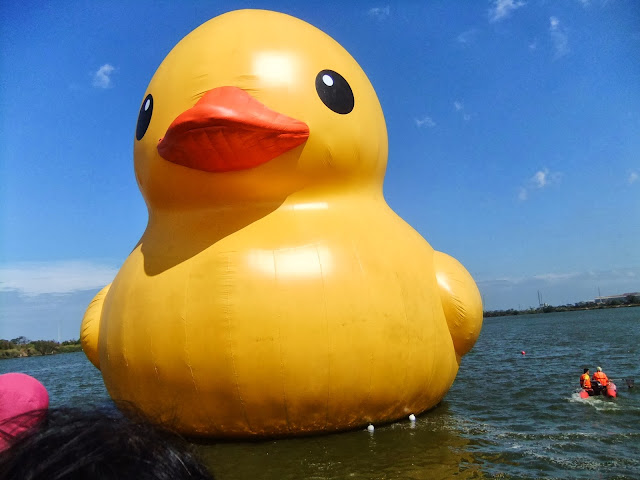 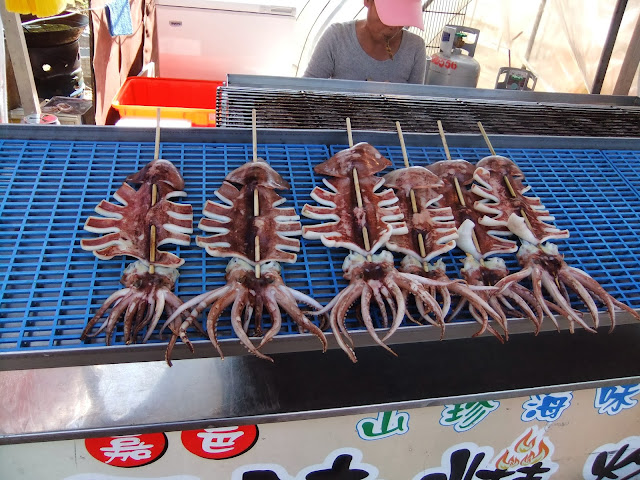 Chris Banducci is a pastor and missionary in Taiwan. He has, at other times of his life, been a white-water rafter, rock climber and adventurer. He left the corporate world of Solid Waste Recycling in 1996 and went into full-time ministry, where he pioneered a church in Riverside, California for the Potter’s House Christian Fellowship and is now engaged in the same endeavor in Taoyuan City, Taiwan. He writes on the culture, religion, tradition, and day-to-day life in Taiwan. Twenty-six years of living with Muscular Dystrophy may have weakened his muscles but not his spirit.
Read More Share
Zagreb’s Artisy & Innovative Street Art
Hiking The Lyczian Way in Turkey