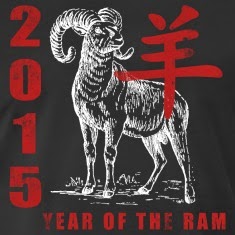 Living in Taiwan, as a foreigner, means that I have to pay attention to the Lunar Calendar.  I’m a pastor and I have to be careful of church events planned throughout the year, because if they fall on one of Taiwan’s major holidays, I will be the only one attending the event.  As a result I have become interested in the Lunar Calendar.
The very first renderings of a lunar calendar go all the way back to the Shang Dynasty.  This is the 2nd Chinese Dynasty, which existed in 1600 BC until 1046 BC.  But the calendar has gone through a number of revisions since that time.  As science progressed and the true and actual cycles of the moon and the earth were understood the calendar was changed t reflect this information.  These revisions are tedious and boring, so I will not include all of that stuff in this post but I will tell you that the current lunar calendar has been in use since 104 BC.
There are a number of rules that govern the calendar:
In order to make that happen, there must be an intercalary month inserted into the calendar.  An intercalary month is like a leap month.  It month can take place after any month and is the same number of days as the month it follows. Because of the use of intercalary months of the Lunar calendar the corresponding days of the holidays in the Solar Calendar Change each year.  For example in 2014, Chinese new Year took place on January 31, in 2015 it will be on February 19.
Most of Taiwan’s traditional holidays are marked through the use of the Lunar Calendar.  modern Holidays are marked through the Solar Calendar.  Let’s take a look at the Taiwanese Holidays:
Chinese New Year:  春節Lunar date is January 1.  (February 19, 2015)  This is the most important holiday of the year.  It is celebrated much the same way that Christmas is celebrated in the west.  Families gather for 3-15 days.  Traditional meals are served on Chinese New Year’s Eve.  People are given gifts of Hong Bao 紅包 these are gifts of money that are a wish of prosperity for the recipient.
The LanternFestival:  元宵節 Lunar date is January 15.  (March 5, 2015) This is the first day a full moon can be seen in the New Year.  People celebrate by lighting and launching sky lanterns.  There are also huge venues where people go to see artistically made lanterns and watch them launched.  People often write prayers and wishes on the side of the lanterns before they are released.   The traditional food for the Lantern festival is the Tang yuan 湯圓 (soup circle).  These are balls of gooey, sweet rice gluten.
Qingming Festival: 清明節 Solar Holiday: April 5, 2015.  During the Qingming Festival families gather to sweep the tombs of departed ancestors.  It is a day to honor the dead.  Many people use this day to burn incense and worship their ancestors.
Dragon BoatFestival: 端午節 Lunar date is May 5.  (June 20, 2015)  his festival honors Chinese Poet Qu Yuan.  It is celebrated with the racing of the dragon boats.  People eat a special sticky rice pyramid called a zongzi.
Night of Sevens: 七夕  Lunar date is July 7.  (August 20, 2015)  This holiday celebrates the legendary love of  Niulang and Zhinu.  According to legend they are forever separated, but are allowed to unite on July 7.  The Taiwanese view this as a romantic night celebrated much like Valentine’s Day in the west.
Ghost Festival: 中元節 Lunar date is July 15. (August 28, 2015)  The festival honors the departed ancestors.  People commemorate this day by placing offerings of incense, food and beverages outside their homes and the burning of spirit money for the family members who have departed the world.  This is the most important date of Ghost Month (The whole month of July on the lunar calendar.)
Mid-Autumn Moon Festival:  中秋節 Lunar date is August 15.  (September 27, 2015)  This is the day when most people get together with friends and family and barbeque.  Look for an in-depth post on the Moon Festival in September.  A gift is given to friends and family of moon cakes.  Circular cakes made with egg yolks and other things inside.  The shape represents the moon and the cakes themselves are good wishes for the recipient.
Double Ninth Festival:  重陽節 Lunar Date is September 9.  (October 21, 2015)  People usually celebrate this holiday by climbing mountains or visiting flower shows.
Xia Yuan Festival:  下元節 Lunar date is October 15.  (November 26, 2015)  During this festival people pray to the water god for a peaceful year.
Winter Solstice:  冬至 Solar Holiday (December 22, 2015).  This corresponds to the Winter Solstice in Western Countries.  Families gather to celebrate on this day.

Kitchen God Festival:  謝灶Lunar date is December 23.  (February 1, 2016)  This is the day to thank the kitchen god.  It is believed that on the twenty third day of the twelfth lunar month, just before Chinese New Year he returns to Heaven to report the activities of every household over the past year to the Jade Emperor (Yu Huang). The Jade Emperor, emperor of the heavens, either rewards or punishes a family based on Zao Jun’s yearly report.

Chris Banducci is a pastor and missionary in Taiwan. He has, at other times of his life, been a white-water rafter, rock climber and adventurer. He left the corporate world of Solid Waste Recycling in 1996 and went into full-time ministry, where he pioneered a church in Riverside, California for the Potter’s House Christian Fellowship and is now engaged in the same endeavor in Taoyuan City, Taiwan. He writes on the culture, religion, tradition, and day-to-day life in Taiwan. Twenty-six years of living with Muscular Dystrophy may have weakened his muscles but not his spirit.
Read More Share
The Ultimate Guide To Olive Oil Tasting & Pairing
The Winter Fancy Food Show in San Francisco