In the University, many, many, many years ago I studied Biology.  My plan was to be a wildlife Biologist: hanging out with beautiful birds, climbing to the tops of mountains, living with Bighorn sheep for months at a time, counting sheep, or tagging bears. 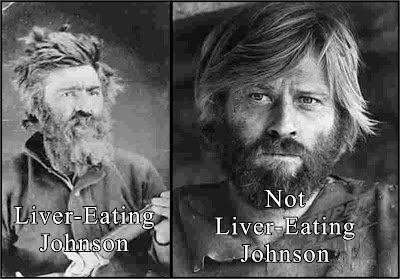 What can I say?  It was the “mountain man” period of my life.  I wanted to be a modern day Jeremiah Johnson, without having to eat anyone’s liver.  You didn’t know about that, did you?
He fought the Crow tribe and ate their livers when he won.  Robert Redford conveniently left that part out.  He was actually called, “Liver-eating Johnson.”
Now, there’s a nickname that would inspire fear among your enemies, am I right?
Look, I’m not making this up – There’s a book about him called Crow Killer: The Saga of Liver Eating Johnson (also available on Kindle) by Raymond W. Thorpe.
The description of the book mentions his liver eating proclivities AND the fact that the movie Jeremiah Johnson was fictionalized and based on this guy’s life. 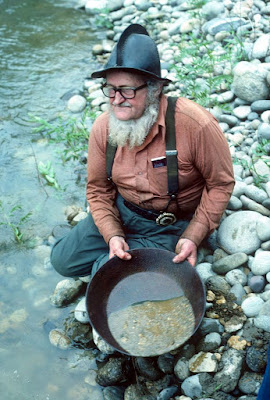 I always thought these mountain men were pretty cool.  I longed, for the open wilderness, the solitude, cooking over an open campfire.
I actually met the “Last of the Mountain Men” in 1975 up on the Salmon River in Idaho:  Sylvan “Buckskin Bill” Hart.  I worked as a whitewater guide and we rafted right past his cabin once a year.  He was a nice, if somewhat eccentric old guy and seventy-two years old at the time.
There’s also a book about him called Last of the Mountain Men by Harold Peterson.  It was actually written for Sports Illustrated.
It’s amazing how my mind wanders these days; I really wanted to talk about something else.
As I was saying I wanted to be a Wildlife Biologist, so I carefully studied courses like Zoology, Invertebrate Zoology, Botany, Entomology, Ichthyology, and Ornithology.

I wasn’t particular about what kind of wildlife I counted, tagged, and generally hung out with.

As a result of all of this studying, I could pretty much recognize a lot of different wildlife.
I moved to Taiwan from California.  In California, I knew and could identify just about any type of bird that I saw.  I even understood taxonomy and could find my way around a dichotomous key.  Those were the days before Google, baby.  I could handle the old DK, like the pro that I was.
Then I moved to Taiwan where all the birds are different.  And so, I recently got a copy of Birds of East Asia; China, Taiwan, Korea, Japan, and Russia by Mark Brazil.
It’s a little heavy for a field guide, but there are drawings of hundreds of birds, along with taxonomic information, range, and seasonal visitation.

So now I’m figuring out local birds.  I spend some quiet time in urban parks near my home and occasionally head out to the mountains to gaze at the birds and try to identify them.  It’s interesting and peaceful. 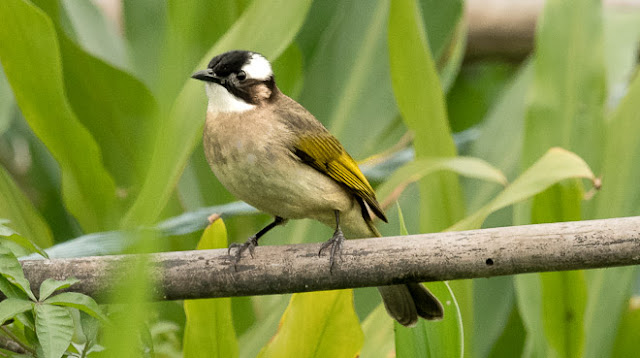 Chinese Bulbul – Pycnonotus Simensis Formosae
I’m not dreaming of being a mountain man any longer.  Oh, I still read an occasional F. Pat McManus book, but personally, I’m on to other things.

Chris Banducci is a pastor and missionary in Taiwan. He has, at other times of his life, been a white-water rafter, rock climber and adventurer. He left the corporate world of Solid Waste Recycling in 1996 and went into full-time ministry, where he pioneered a church in Riverside, California for the Potter’s House Christian Fellowship and is now engaged in the same endeavor in Taoyuan City, Taiwan. He writes on the culture, religion, tradition, and day-to-day life in Taiwan. Twenty-six years of living with Muscular Dystrophy may have weakened his muscles but not his spirit.
Read More Share
A Guide to Tackling Ireland’s Wild Atlantic Way
Once in a Lifetime in the Solar Eclipse Path of Totality