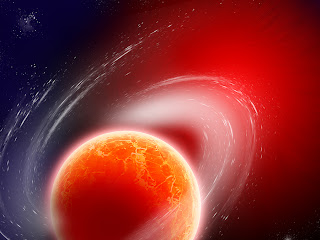 “Is Social Media Creating Its Own Planet?” based on what people are talking about online this week.

In the category of “What planet are you on?” we’ve got a couple of doozies. First up, have you heard about the Notre Dame football star named Manti Te’o who is either the victim of a cruel hoax, or quite the hoax master himself?

Te’o either created a fictitious girlfriend who died during football season bringing on the sympathy big time (can’t hurt when you’re up for the Heisman Trophy), or met a woman who really was his girlfriend, except she wasn’t who she seemed. For the time being she has vanished – either in a car crash or from leukemia, or both.

Our second story in the “What planet are you on?” category is a more serious one. The Internet has always been a hotbed for conspiracy theorists, so we suppose it was only a matter of time before they got a hold of one our tragic mass school shootings and tried to debunk it.

A group of “truthers” have emerged in the wake of the Sandy Hook Elementary School shooting that claimed of the lives of 20 five- and six-year-olds and six of their teachers last month.

The truthers say this shooting didn’t happen. The children are all still alive (where exactly is not specified) and actors were hired to play the roles of first responders and parents.

An accomplished digital photographer, her photos have appeared in 7x7 Magazine, the San Francisco Chronicle and Google Schmap.
Read More Share
Not Gelling With Key Cities: Prague, Amsterdam, Luxembourg & More
Reproduction is Where its at in the African Bush, Not Money or Owning a Ferrari