”Oh my god this is like bloomin’ Calais’’ (expletive replaced due to my lovely Grandma reading this, apparently ladies don’t swear). We sat in our dismal bare walled hotel staring out of our “sea-view” balcony at grey skies and a dusty building site come rubbish tip. We had arrived, ladies and gents, in Vietnam.

For some reason we thought it was a good idea to stay a few days in the port town of Ha Tien. Bad call. Suspicious, unfriendly faces looked us up and down, weird leather-faced reprobates followed us down the street AND we got the obligatory “white skin” hiked up prices. After paying 5 dollars for some floury, fake macaroons we decided to make haste to the island retreat of Phu Quoc. 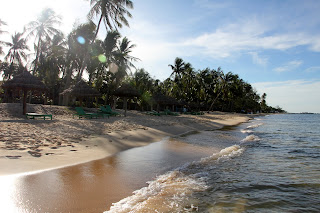 Paradise. Now it may seem to the reader of this that we have already been in paradise for the past few months but for some indiscernible reason we felt that we deserved the white sands and clear waters of a tropical island. We both felt emphatically that we needed to “relax” – it’s quite terrifying how lazy one becomes after only escaping the rat race for a measure of weeks. So we threw ourselves into doing absolutely nothing. Nada. Niente. Mornings were spent sipping coffee and munching our way through freshly baked French baguettes followed by lying prostate on the sun loungers for hours reading books and maybe stretching ourselves to discuss the weirdly horizontal growing palm trees on the shore. Was it a labour saving coconut collection technique? Was it supposed to be a novelty sun-bed? Were these evolved palm trees “well clever” and wanting to bend to the sea for a drink? Outcome – Inconclusive we couldn’t even be bothered taxing our sun frazzled brains to finish those conversations. 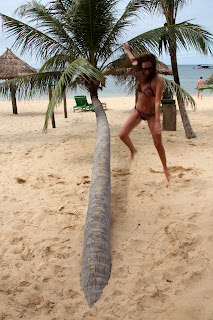 I am at a loss as to the little I have to report on Phu Quoc apart from that we saw a pearl get popped out of an oyster. (An ACTUAL pearl and an ACTUAL oyster, we aren’t in Bangkok people).

When I went to check out I had to double check the bill, we had been there 10 days! I thought we were still on day 5. Both of us horrified by our 10 days of sloth we agreed a city needed to be the next port of call. Heeeeello Ho Chi Minh City!

With my toes still wriggling in the sand in my shoes, I gazed out of the cab window we were sharing with some other travellers we met at the airport. Their not so positive review of Ho Chi Minh City was a low muffled drone that I hardly noticed as I looked open-mouthed at the thousands of moped drivers packed together like a tin of unruly sardines. Pink, blue and yellow neon lights promised; Best Karaoke! Super Nightclub, Pho Soup and a questionable sign advertising ‘Fanny’. Thankfully it was a clothes shop. I cannot describe the feeling of entering a metropolis after a few months of rural areas and islands, both of us were struck with an immediate sense of adventure, Ho Chi Min was undisputedly the pep-pill we needed. Ho Chi Minh City has a million different things to do, cheap spas offer facials and treatments for ridiculously low prices, gourmet restaurants of all nations decorate the streets with their signs strewn with fairy lights, live music bars, water parks, museums, cooking classes, dance lessons and huge American style malls stocking everything from the latest Korean wünderchild designer to Diesel Jeans. To get bored in Saigon you would have to have the highest level of A.D.D known to mankind.

The first challenge we faced was crossing the road. Now in the UK we have the handy Green Cross Code for navigating from one side of the street to the other, here that would result in an untimely multi-moped death wish. Nobody thinks to stop to let a pedestrian cross. Why do that when you can swerve? A certain mad Vietnamese logic that in theory appeals to me, in practise however I can only liken it to extreme sports, every street crossing offers an adrenalin rush usually reserved for sky diving and naked bungee jumps. On two occasions in rush hour kindly locals have grabbed our hands and led us through hundreds of mopeds whizzing past our noses as we sheepishly offer thanks and kick ourselves for not manning up. 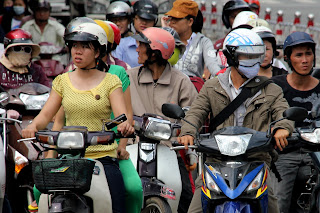 The second challenge we faced was in the form of a Brazilian all you can eat restaurant. We looked quizzically at what looked like roulette chips on our tables. One side said ‘YES PLEASE’ the other ‘NO THANKS’. We soon worked out that they would keep filling your plate with the most amazing food until you flipped your chip. Being stubborn and greedy bastards (Sorry Grandma!) we resolutely ploughed through perfectly cut at the table, fillets of steak, lamb sausages, cheesy clams, salads, corn-on-the-cob and all sorts of other delicious Brazilian fare. We eventually had to flip our chip. But better to lose the food challenge than the road crossing challenge I reasoned. 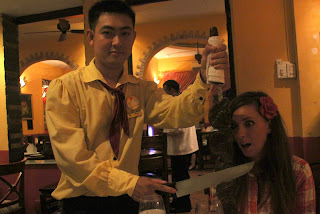 We also made a visit to ‘The Acoustic Bar’, a really amazing little place that is packed full of trendy Vietnamese singing along to rock anthems. We were pleasantly surprised when the band belted out a ridiculously good, almost unrecognisable rock version of George Michael’s “Careless Whisper”. We expected a karaoke hotel-style band and instead got a bloody good night. 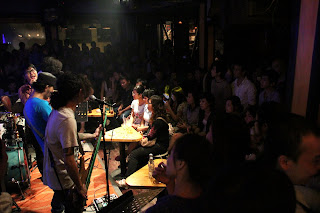 In contrast to Phu Quoc we have done so much that my fingers can’t type anymore. In essence we feel very happy and at home in Saigon. The last challenge in two days. Leaving.

P.S. Rick got another tattoo and bit his hand so much it almost bled. 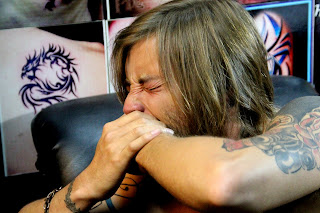 Sara Damergi is a TV presenter, entrepreneur and globetrotter. TV clients include, MTV ,5IVE, Bravo, Sky and Channel 4. Sara also presented international extreme sports show, ''The Crunch'' filmed across China which was a prime-time success worldwide. Sara is of Lebanese and English descent and has always had a passion for new cultures and travel having lived in Beirut, Cyprus, London and in her clubbing heyday Ibiza, she is now indefinitely travelling the world funded from her internet businesses and blogging about it with her husband What Politz and Damage Did Next.
Read More Share
Biofortification Experts Take the Stage to Speak Out on Malnutrition Solutions
Philadelphia Skyline