If you’re a fan of Apple products, you’re probably also – whether you know it or not – a fan of Dieter Rams. The German designer, best known for his role as head of design at Braun from 1961 to 1995, is perhaps the number one influence on Apple design guru Jonathan Ive’s thinking – just check out this comparision, with Rams’s products on the top row, Ive’s designs for Apple lined up beneath. 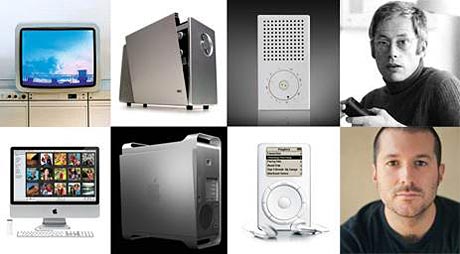 In this light, any design-orientated advice which Rams may have to offer is probably worth heeding to. Here’s the ten essential principles for good design (dubbed the ‘Ten Commandments’ in the design world, I’m told), according to Dieter Rams. Click to enlarge. 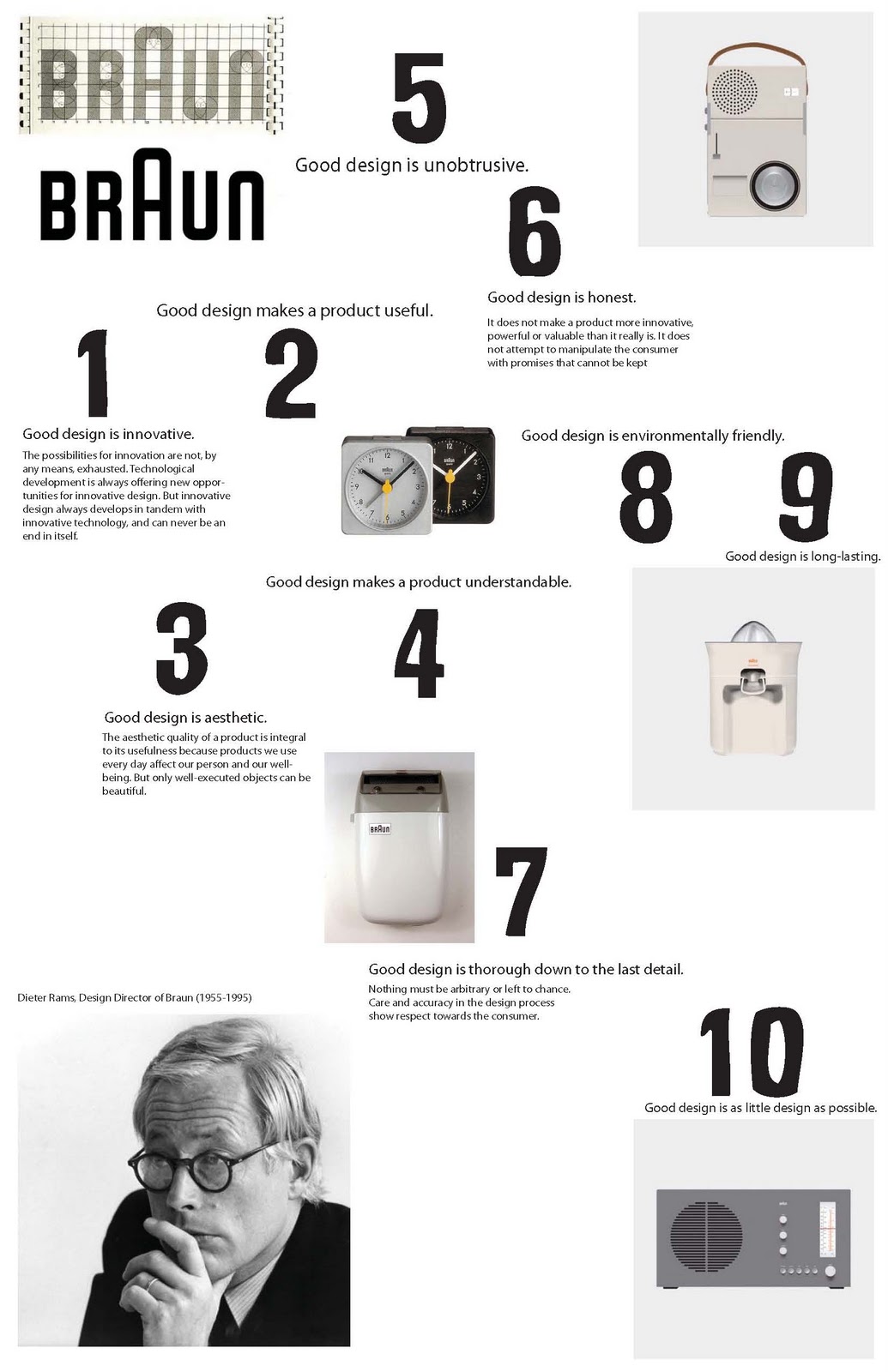 I can’t find fault with these ten principles – which are as orientated around practicality than the aesthetic appeal of products. ‘Good design makes the product understandable’, for one, is something more companies should adhere to. And, of course, ‘good design should be environmentally friendly’; an aspect of the production process often overlooked, yet perhaps the most important thing of all in the long run.

If you’re based in or around Dublin, and want to see more of Dieter Rams’s design wizardry, hop down to the Exchange Dublin in Temple Bar between the 7th and 21st of April. Under the title ‘Less But Better’, a collection of Rams’s iconic designs will be on display, supported by NCAD and the Goethe Institut. With all things mid-Century very much in vogue at the moment (call it the Mad Men effect or what you will), the visual inspiration should be plentiful for anyone undergoing a home redesign – or even just avid fans of the iPhone.

When she's not up to her eyeballs in writing, Rosa works as an assistant to stylist Aisling Farinella and volunteers at various art galleries. Her musings on life, style and art can also be found over at her blog, Too Gallant.
Read More Share
The EARTHQUAKE From Our TV Screens
Here We Go Magic to Release The January EP