For the first half of Reading Week, I was whisked off to Berlin to eat lots, walk around lots and drink Jaegermeister out of the bottle. Here’s a list of ten other rather good things I got up to while there. 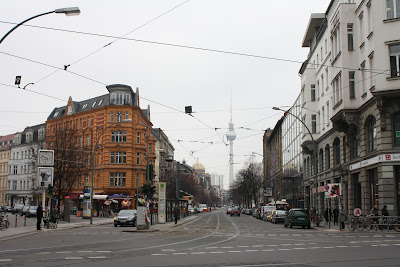 1. Danced up a sweat at Stattbad

An ex-power station, turned swimming pool, turned art gallery / club / skating rink. Only in Berlin would you get that. Joe Godard of Hot Chip was spinning some very-dancable tunes, and visuals by Paula Scher (who, weirdly, I’d interviewed a few days before) were projected onto a head-meltingly industrial setting. As a new club, it was happily quite tourist free, and a much more authentic and enjoyable Berlin experience than Tresor, which was not-so-good, and full of Trinity students. Which, though I’m a Trinity student myself, isn’t really what you want on holiday.*

*In the words of Martin Parr, there’s a lot to be said for hypocrisy.

Despite the bone-trembling cold, a stroll around the market in Prenzlauerberg’s Mauerpark was a rather lovely way to pass a Sunday afternoon. The Boy picked up a rather brilliant vintage jumper, and we had to pull ourselves away from the multitude of prints and trinkets that lined our walk, before warming up over Cuba Libres in a nearby bar.

3. Gasped, giggled and marveled, in turn, at graffiti


Graffiti is everywhere in Berlin. No building, wall, railing or structure – permanent or impermanent – seems to be left uncovered. Some of it was of great artistic skill, often it was on a huge scale. But the pervasive were perhaps the yobbish tags that marked out each bar as being either “EMO”, “YUPPIE”, or, most frequently, “TOURIST SHIT HOLE”. 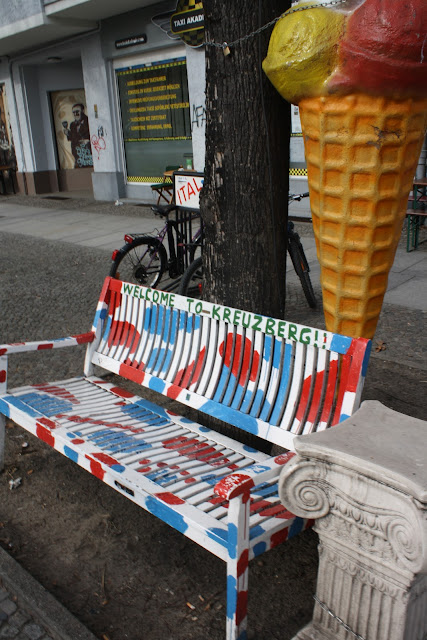 4. Got into the spirit of things at Geist im Glas

Any company with a clever pun in the title catches my heart. Berlin has many originally named shops and bars, but the best we encountered was Geist im Glas in Neukölln. ‘Geist’ meaning ghost, or spirit, and the bar’s speciality being home-infused spirits, served in rather nice glasses. We sipped on the day’s special cocktail, vanilla vodka and champagne, munched on toasties and admired the bewitchingly ethereal decor.

5. Failed to get zen at the Yoga Cafe


To be honest, the service was piss-takingly slow here. We did wonder whether or not the very rushed-looking waitress was actually teaching a yoga class next door, at the same time as running the cafe, as the modest handful of customers smattered around really didn’t seem to warrant such delays. But my goats cheese and fig jam sandwich, aptly titled Sweet Tooth, was worth waiting for, and the serene decor helped quash my impatience… well, to a certain extent. 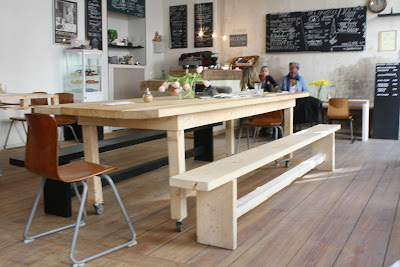 6. Fumbled a greasy thumb through lots of lovely magazines at Motto

Two magazine workers/fanatics, on holiday in Berlin together. First stop? Has to be Motto. We gushed over the many splendid pages that lined the shelves of this boutique magazine and bookshop for quite some time. There is an online store, but I still wished I could have taken the bricks and mortar version home in my pocket. Unfortunately my pockets weren’t spacious enough for that, but I did take home a copy of Journal magazine, and a lot of snappily designed flyers to decorate my walls with.

7. Was socially tactless enough to take photographs of nice things in Voo

A very chic clothing store, with lots of clothes I can’t afford, but spent a while pouring over anyway. Also had some delectable magazines, a fashion calendar, sharply fitted furniture and ridiculously good coffee. 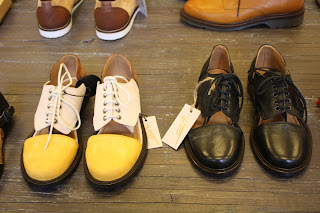 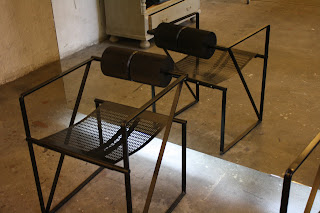 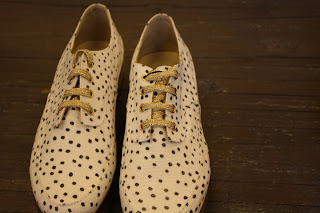 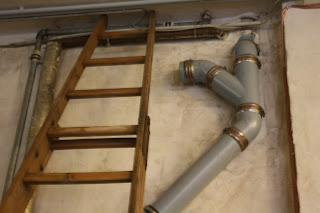 8. Learnt about the history of ‘Dinge’

The vaguely-titled Museum der Dinge, or ‘Museum of Things’, is essentially a museum documenting German product design, from the late nineteenth century up until around the sixties, taking in the highs of the Werkbund and the lows of Nazi kitsch. Along the sides of the room are cabinets stuffed full of more eclectic, but categorically organised, ‘things’. In the toys section I had the nostalgic delight of spotting not one but two Polly Pockets I owned as a young ‘un.

9. Ate myself stupid at Eckbert Zwo


A quaint little restaurant tucked away in a corner of Kreuzberg, Eckbert Zwo apparently does the best schnitzel in Berlin. As a veggie, I didn’t get to sample it, but the mushroom gnocci and fried bread I ordered instead was quite possibly one of the most divine things I’ve ever tasted. Very rich, but it felt all the more sumptuous for it. The only time I’ve eaten a meal where I’ve not been more interested in the chips I got on the side.

10. Slept lots and horsed around at Die Fabrik

Last but not least, the little hotel in which we lay our heads. It had spacious rooms, a courtyard with a sign reading ‘NO HORSEPLAY’, amazing industrial wardrobes (which we both climbed into at some stage), and super-chintzy curtains. What it lacked in Wi-Fi reliability it compensated for by having a night-porter who was extremely chirpy even when we returned to the gaff with take-away food at 6am.

When she's not up to her eyeballs in writing, Rosa works as an assistant to stylist Aisling Farinella and volunteers at various art galleries. Her musings on life, style and art can also be found over at her blog, Too Gallant.
Read More Share
Answer To Swollen Feet After Traveling
Taiwan Photos: Food, Ships, Urban Views & War Planes!

One Response to Berlin: 10 Things To Get Up To…