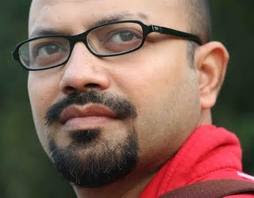 Kamal Quadir (KQ) on his definition of success. He says, “it lies in leaving lasting footprints. I would like to know that the person who sees my footprint finds the world a little better place, or a place which is a little bit more thoughtful, where a little bit more thinking has been given. That’s the way I see the world as a better place, or the world as a richer place, so if I can do that, bigger or smaller, that I would consider a success, because otherwise we are not making any difference…whatever we do should have lasting impact that other people could get a benefit out of…

HK: Do you mean the impact that changes people’s minds, or people’s lives?

KQ: Lives and minds, both.

KQ: Yes. I think, in developing countries where people don’t have a very transparent way of buying and selling, or doing trade, in those places people have mobile phones and if such device is used efficiently, it can improve people’s lives there significantly…that would be the main reason, for me, to start CellBazaar.

HK: What is the biggest lesson from the business?

KQ: We don’t have to come up with the most revolutionary ideas. If it’s a very simple idea and you pursue it, and if you stick to it, you can make a difference.

HK: Were there any difficulties for doing mobile business in Bangladesh?

HK: Can you tell me, what is the biggest misunderstanding, from the developed countries to a developing country, in terms of business, or in terms of mobile marketing?

KQ: Misunderstanding on developing countries and mobile industry are quite different, so let me answer them one by one. The developed countries are changing drastically. It has changed a lot in the last 10 years, and it will change even more in the next decades with tremendous force.

KQ: But all the software is developed by what? By the human brain. Okay?

KQ: And the human brain is, almost 100%, democratically distributed all over the world.

KQ: In terms of raw material. Just an example that the raw material that is required to develop all the Microsoft applications is brainpower. Do you agree with that?

KQ: Okay, and therefore, the raw material in Bangladesh, where I come from, is equally available, to what you have in the US, my adopted homeland. Do you agree with that?

HK: Asian and African – in terms of the raw material of brain power, are they same?

KQ: Yes, all over the world. And a guy in Korea is no dumber than a guy in the US.

HK: I definitely agree with that.

KQ: And the world is becoming more and more a brain driven world, is it not, and it will no longer be an oil driven world. In that world, where you have more people they have more resource.

HK: You point is really impressive, yes, sure.

KQ: So, in that way, a poor country should not really be considered as poor it’s just poorly trained, and as you’re pointing out, there is no proper school, no proper training, and that’s a different issue altogether. Therefore, that is one major misunderstanding the developed and developing countries have, that they have less resource, but the point is that their resource is not fully capitalised, not fully trained or educated, and that’s a different challenge.

That is one major difference we have, and then the other question is how is the mobile marketing different in the developed and developing world? They basically developed the phone so a mobile phone is an additional convenience tool, but in developing countries people don’t have a regular phone, so a mobile phone is basically an essential tool of communication. That’s the major basic difference.

HK: Why did you choose mobile phones to make the impact?

KQ: Because it’s a very powerful tool. It has all the abilities, and it is distributed all over the world in a very cheap way, so it will not only be used by rich people it will be used by everyone. That’s the reason I used mobile phones, because computers only belong to the rich people, and mobile phones belong to everybody.

HK: Do you think the notion of success is different in different countries? For example, in Bangladesh and in America, is there any difference between them?

KQ: Definition of success would definitely differ; I define success differently from someone else, so therefore, of course, it varies from person to person. But fundamentally, if people are happy and people achieve happiness, I think that is a fundamental way to define success, and I think that is very much equal in the US and in Bangladesh. If somebody is happy then that is success in the US, and if somebody is happy in Bangladesh that is also success in Bangladesh, so I think fundamentally they are the same.

HK: Great. As a final question, what would be your advice to achieve success, in general?

KQ: Pursue what you really believe in, and don’t try to be someone else.

Kamal Quadir is the Founder and CEO of CellBazaar.

Haegwan Kim is a writer who was born in Osaka, Japan in 1989 and grew up near Tokyo where went to a Korean school for 12 years.
Read More Share
The Gorgeous Oranges of New England Autumn
Gourmex: Taste the Flavors of Mexico