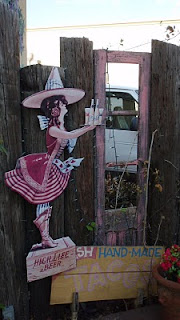 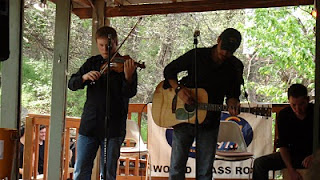 Where to start for the music scene this week for the SXSW Music Festival? Well, in Saturday’s case, it was playing some music for our gracious host Kami, then heading to the Cactus Cafe to hear Shannon McNally.

A few years ago, I really liked the Mississippi singer’s album Geronimo and was happy to see she was in Austin…but in true ‘that’s the way plans go at SX’ we arrived to see a show schedule different than what I expected. Still the rest of the ‘Live from KUT‘ event contained some hot music.

We walked in as the The Chapin Sisters were closing their fine set of country folk. Can we say great voices and amazing harmonies? They were followed by the Generationals about whom I knew absolutely nothing about. A young and spirited group led by Ted Joyner and Grant Widmer took the stage. Joyner and Widmer shared vocal and guitar duties for a set of tight, uptempo, infectious indie rock w/trumpet and keys thrown in for good measure. We were about to leave when the DJ announced that the next band, If By Yes, featured none other than Nels Cline. We sat down and waited a long half hour while the 8-piece New York project set up. The arty lyrics, slightly avant garde arrangements and polished vocals somehow reminded me of vintage Yazoo. I think I’d have heard it with better ears in a downstairs club somewhere in Europe.

Onto the KC Turner Music showcase at Flipnotic’s for some Bay Area representation. Back in California, KC has tirelessly kept the San Francisco house-concert scene alive and thriving with incredible artists bookings and was presenting a similarly stellar line-up in Austin. Only, again, we missed SF’s The Family Crest, but heard a snippet of Indiana’s Mars on the Moon, and were very, very glad to discover Man in the Ring, a trio centered upon Brad Cunningham. Passionate singing, fabulous violin and key cajon combining for some exceedingly satisfying Americana.

Texas music, in my book, is really Americana central, and so we gravitated back toward the South side of Austin, to Maria’s Taco Express, a quintessential Austin restaurant with fine margaritas, corn tortillas, and a backyard patio that provided the setting for an Alejandro Escovedo-curated line-up including, among others, Maren Parusel, Jesse Malin (who gave the performance his all, including singing on the tables despite a later performance downtown) and the somewhat legendary Willie Nile. It was very easy to spend the rest of the day and evening here, watching and listening to legends and locals alike laugh, drink, and play their hearts out. 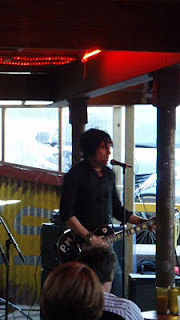 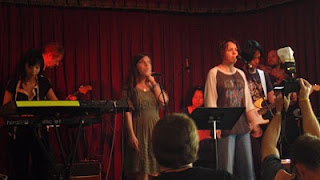 Deborah's many performance credits include an appearance at the 2006 Millennium Music Conference, the RockerGirl Magazine Music Convention, IndieGrrl, at several of the Annual Invasion of the GoGirls at SXSW in Austin, TX, the Harmony Festival and 2009's California Music Fest, MacWorld 2010, Far West Fest and many other venues and events. She toured the Northwest as part "Indie Abundance Music, Money & Mindfulness" (2009) with two other Bay Area artists, and followed up with "The Great Idea Tour of the Southwest in March 2010 with Jean Mazzei.
Read More Share
Is the Water Still Running?
Walking Around Setagaya-Ku, a Ward of Tokyo