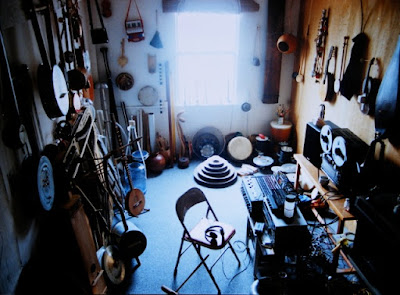 One of my favorite SF artists, musician/composer/songwriter Peter Whitehead is doing something really cool as part of the San Francisco International Arts Festival which wrapped up last weekend, a mini music marathon! For eight hours, Peter held down Gallery 308, now filled with his instruments, and improvise with invited collaborators all afternoon and early evening.

Deborah's many performance credits include an appearance at the 2006 Millennium Music Conference, the RockerGirl Magazine Music Convention, IndieGrrl, at several of the Annual Invasion of the GoGirls at SXSW in Austin, TX, the Harmony Festival and 2009's California Music Fest, MacWorld 2010, Far West Fest and many other venues and events. She toured the Northwest as part "Indie Abundance Music, Money & Mindfulness" (2009) with two other Bay Area artists, and followed up with "The Great Idea Tour of the Southwest in March 2010 with Jean Mazzei.
Read More Share
Fiji'sTurtle Island Makes for a Great Getaway
New York's Upper West Side Food Festival