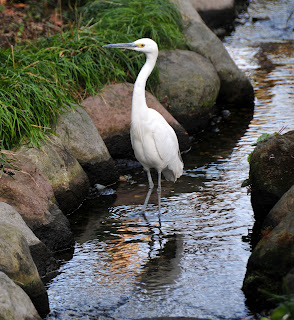 A beautiful pure white crane or heron wades through a shallow brook with moss covered rocks. Its eyes and head flash into just the right vantage points for darting at small minnows in the clear water below. The sunlight delivers a soft glow as an easy breeze moves the blades of grass and ferns on the embankment.

It’s the early days of spring. I caught this scene today with a few photos. Peaceful and light. Where am I? Where did I go? Did I get out of Japan and or Tokyo? Am I somewhere far, far away so I can take such a picture? Did I like many of my other foreign friends evacuate? No, not me; I’m still here.

This was taken at a small park near my home in Setagaya-ku, a ward of Tokyo. This park consists of a long narrow trail that follows this stream. Along it are lined dark trees that in a week will bloom a canopy of beautiful Sakura (cherry blossoms). This is Tokyo, this is today a little more than a week amid the earthquakes and nuclear warnings. A few bright things happened today. I got a message from my good friend Tai in Dalat.

He said that a lot of people are reading my writing. I had no idea. If you are reading my words in Vietnamese; you are reading his as well. He’s the one that’s translating this blog for Vietnamese people. He’s a nice man, talented photographer and lives in the town of my birth; Dalat in the Central Highlands. I met him last New Year’s Eve for dinner. We are both photographers and we had a great conversation over French Vietnamese food with my friends. After late night coffees we parted.

As I was leaving he said something that must have left and impression on me. Simple words but very wise ones. He said that the best photographic advice he gives his friend, his students, and his colleagues is “Walk Around…” Today, that’s what I did, I put on a mask, went out and walked around. I walked around to take photos of what things are like here to share with all of you. The sparse stores, the dimly lit shops, the long gas lines, the gas stations with out of gas, and of other things such as people out and about enjoying the day as normal.

I walked around looking for perhaps a sign. In a very skeptical way it’s human I think to look for signs. For something lucky, some omen, some indicator to guide us, to warm, and or to ease. There are times when we look for shooting stars, halos around the moon, eclipses, omens, and messages from some great beyond.

Today, a beautiful crane walked passed me in a brook, it flew right over me, landed on a branch, then fluttered away. When I saw this bird I felt that I was far away from here. But, I’m here, I’m still here and have no plans to leave. I have my reasons. 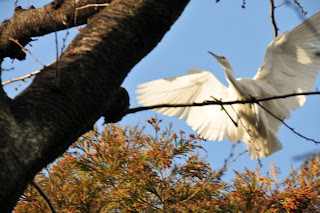 As for the city on this Saturday, the sky was clear and bright. The same situation with shortages exists as other days. We are aware that what we don’t have here such as an excess of bare essentials means that these essentials will be available for those in greater need up north in the stricken areas.

Needful things are better intended and received by needful people. It’s still very bad for them, but at least the weather has improved. We heard that someone today was pulled out alive after 8 days. Wonderful news. A large part of the TV news today showed the efforts to keep the reactors from melt down. Yesterday they used helicopters dropping water. Today, firefighters were dispatched dangerously close to the reactors with their water pumping trucks. They were shooting jets of water into the reactor wreckage.

These men are in harm’s way, they are the heroes of today. A press conference on TV had a Fire Chief deliver a briefing. While speaking he was holding back a wall of tears when the talked about his men at the scene. I think he knew that they were exposed to dangerous amounts of radiation being that close. I think he knew that the task his men were engaged in was essentially a suicide mission. As much as he spoke about the concern for his men, he spoke about the concerns he had for their families. Watching him was moving.

Aside from these men, we heard that there were other crew trying to reestablish power to the reactor control system. All of us and our thoughts go to them and their families as well. In the evening at about 7:00 PM, we had another earthquake. This time a magnitude 5 north of here in Ibaraki prefecture. We get quakes here all the time in Japan.

But never so many within less than 10 days. Like the others this one shook us back into heightened awareness. Things today were about the same as yesterday. No big city lights in Tokyo. Tonight the skies are clear. There’s a brilliant full moon overhead to light up my darkened city. This moon, maybe, just maybe it’s a good sign. I think after I write I’ll go out gain. I’m going out, I’m going to walk around… 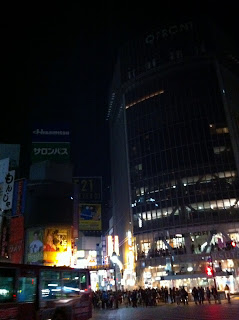 Linh Vien Thai is Amerasian, born in Dalat, South Vietnam, where he continued to lived during the war. He left for the U.S. and is now an American living in Tokyo. He enjoys adventure traveling and doing what's right to make the world a better place.
Read More Share
Austin: Cacti, Flip’s, Non-Stop Music & The Taco Express
How the Famous Sunset Strip Night Club, The Roxy, Used Social Media