It was a meeting of high-powered Italian scientists working in California, the one which was held last April 19, at Cadence Research Laboratories in Berkeley. Organized by the Italian Scientist in North-America Foundation, the event brought together some of the most brilliant Italian minds of the region and a good number of movers and shakers on the side of policing and venture capitals. Presided by Prof. Terenzio Scapolla of ICISF, and by San Francisco’s Italian Consul General Fabrizio Marcelli, the event honored also the work of  geologist Walter Alvarez, a Earth and Planetary Science  professor at UC Berkeley. Alvarez is the scientist who proved–against all odd and in spite of colleagues’ derision–that indeed dinosaurs had been extinct by a cataclysmic event, a high speed impact between a massive meteorite and the Earth.  Alvarez, who conceived the theory while working in Italy with Italian geologist, and who is very familiar with our country, was awarded the title of  Knight of the Italian Republic. Noticeable also the presence of Napoleone Ferrara, a Genetech researcher and the man who discovered avastina, of Prof. Alberto Salleo, who teaches Materials Science and Engineering at Stanford University, and of professors Marina Santilli and Giorgio Einaudi of ISSNAF governing committee. In attendance were also Jeff Capaccio, Regional Vice-president of the National Italian American Foundation and founder of the Silicon Valley Italian American Executive Council; Italian Cultural Institute’s director Amelia Carpenito-Antonucci, and many others whose names the reader will excuse me if I fail to mention. Here’s a link for those who would like to know more about ISSNAF and the meeting.

Hers’ the ISSNAF in the words of the meeting organizers:

Italian scientists and scholars excel at many levels in the United States and, collectively, bring a wealth of knowledge and talent in fields ranging from engineering to medicine, from mathematics and physics to biology, humanities and arts. Among Italian scientists in the US there are four Nobel laureates, two Balzan Prize winners, two Maxwell Prize, and one Field Medal winner. Many are members of the National Academies. They are among the founding members of the Italian Scientists and Scholars in North America Foundation (ISSNAF), a nonprofit organization that promotes R&D interaction among Italian scientists and between Italy and the US. 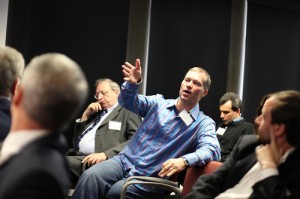 A participant making a point 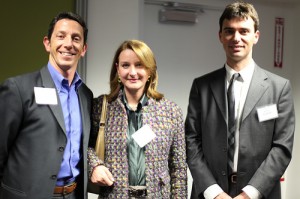 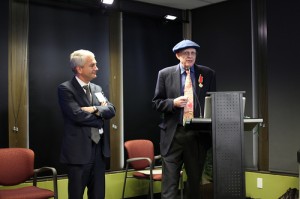 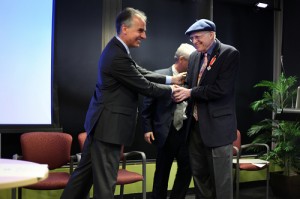 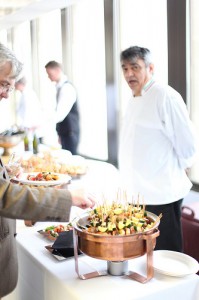 When his editors at the time asked during an editorial meeting if anybody knew anything about the economy he said yes, but he meant to say that to survive he didn’t need much. You see it was one of those artsy copy offices, full of practitioners of experimental arts; dreamers who breathed big ideas, had high minded ideals and lived on nothing else but sandwiches and cigarettes. Now things are different though. To live and work in Baghdad By the Bay one needs serious money, and he says, he too now understands the real Economy.
Read More Share
New York City: 5 Things Worth Blowing Your Diet For – #1
Australians in Favor of a New City, Just Not Sure Where