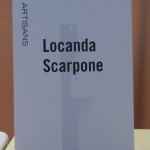 An oil well still spilling millions of liters of goop into the Atlantic Ocean. Winds of war are sweeping over Iran and North Korea. Europe’s euro is being flushed down the drain. Africa is still a mess, and Pontoniere chooses to toast Lorenzo Scarpone of Villa Italia, wine maker extraordinaire from the San Francisco Bay Area and Guardia Vomano, in Abbruzzi. He has his priorities really well set, one could say. And If  it wasn’t for the fact that Lorenzo is one of those unsung heroes of the dietary revolution that is sweeping over America’s pantries, the remark would be more than called for.

Of course Lorenzo is a personal friend, it goes with the territory. However he is also the conduit through which Alice Waters meet Carlo Petrini and the idea of locally grown organic food transmuted into the Liberty Garden at the White House and thousands of school gardens around the US.

Lorenzo, arrived to the US in 1987 and since the beginning became a leader of the Slow Food movement in America. In 1990 he 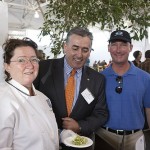 Scarpone at The Golden Glass

founded San Francisco’s Convivium, the first chapter of Slow Food in the US, which later morphed into Slow Food Nation, a mega event on sustainable culinary practices to which every year participate tens of thousands of people. Lorenzo is also the creator of  The Golden Glass, an annual educational event on artisan wine making from around the world. Great part of the proceeds from Lorenzo’s events support Slow Food’s programs for the schools, for kids living in disadvantaged neighborhoods and for the creation of what has been dubbed The Slow Food USA’s Ark of Taste, an initiative aiming to protect traditional foods at risk of extinction. Vironomics it is also about describing how fragments of DNA from alien economies and cultures inscribe themselves into the genome the American market. Lorenzo’s initiatives in this direction are as viral as it gets. Let’s toast him on the occasion of the 20th anniversary of the foundation of Villa Italia, the company through which he is popularizing (with the aim to preserve them form extinction) some of Italy’s rarest wines.

Some takes at this year Golden Glass 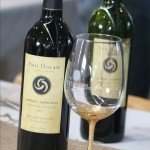 One of this year’s Golden Glasses 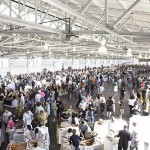 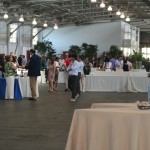 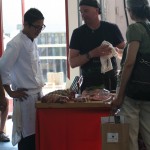 When his editors at the time asked during an editorial meeting if anybody knew anything about the economy he said yes, but he meant to say that to survive he didn’t need much. You see it was one of those artsy copy offices, full of practitioners of experimental arts; dreamers who breathed big ideas, had high minded ideals and lived on nothing else but sandwiches and cigarettes. Now things are different though. To live and work in Baghdad By the Bay one needs serious money, and he says, he too now understands the real Economy.
Read More Share
LeWeb10′s Theme is (drumroll please) PLATFORMS
10 Things We Learned from the World Cup’s 1st Weekend