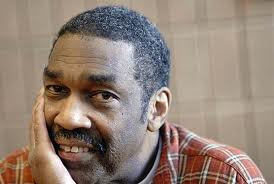 Haegwan Kim (HK); Today I’m going to talk with Bill Strickland who is the founder and the CEO of the Manchester Bidwell Corporation. Thank you so much for your time.

HK; Let me start by asking why you established the Manchester Bidwell Corporation.

BS: Basically I grew up in Pittsburgh in a very poor neighborhood and an art teacher saved my life, he got me excited about ceramics and I got pretty good at it and Mr. Ross encouraged me to go to college, he helped me get into the University of Pittsburgh and while I was at the University of Pittsburgh as an undergraduate student I decided I wanted to repeat my experience with other students and children in the neighborhood where I was from.

So in 1968 I set up the Manchester Craftsman Guild to work with at risk public school kids from the public school system in ceramics and I found out that the program started to encourage the kids to go to school more regularly and so on the basis of that we officially founded Manchester Craftsman’s Guild to work with at risk public school kids, grades 8-12, ages 13-17. The Bidwell Center took over in 1972 and it was a not well run community organization and I basically rebuilt it and made it into a very creditable market driven vocational program for unemployed adults. Today, Bidwell works with people who have had trouble in life who oftentimes don’t have a job and they’re desperately in need of education to find one and we work with at risk kids from the school system and we also present jazz concerts to the public and we built a greenhouse and we grow orchids and train people for the horticulture industry.

HK; Can you tell me the importance of social entrepreneur today? Does it have a power to change the world for the better?

BS; Yes, I think that it does. We believe that social enterprise is actually a way of thinking about solving social problems using a entrepreneurial perspective. So the education program that we run, the arch program that we run are very innovative in terms of the way they think of setting up programs, very market driven, very industry specific. Also, in the case of horticulture and our jazz program, we sell orchids and hibiscus in grocery stores as a way of generating revenue to support the center and we have a recording program and a record label that generates proceeds to help support our education programs and we have a commercial office building that generates revenue to support our programs as well. So we think that social enterprise is a great strategy to help people rethink the way in which they want to develop their community based organization and we are very much influenced by Jeff Skoll, one of the co-founders of eBay so that the Skoll Foundation, that believes in these principles and is attempting to do this all over the world.

HK; Although your focus is not earning money but in capitalism society it is essential to keep on the activity. What does money mean to you?

BS: Well we have to have money to operate the program but we don’t charge tuition to any of our students because most of them are in a position where they can’t afford it. So we have to generate revenue, whether it’s grants or earned income to offset the costs of providing a free education for the people who come here, so we need the money to operate the program but we’re not solely preoccupied with the money, we’re an educational institution, not a bank. So we’re in the business of educating people and we need the financial support to do that.

I also think that it’s important to understand that these people, regardless of race of income status, are fundamentally built the same and in my view have the same aspirations in life. So that our contribution is to people who have been ignored or pushed aside to get them engaged productively as citizens so they can be a part of the economy and a part of the future of where they happen to be located. We’re now doing this in multiple cities – Cincinnati and Grand Rapids and San Francisco have centers that are up and running, Cleveland opens in September and we’re planning centers now in Buffalo, New Haven, Boston, Charlotte, Austin, Minneapolis and Halifax, Nova Scotia – and so we’re trying to make this philosophy and these ideas relevant to a number of communities.

BS; Well you have to have the determination and the willingness to stay with it for a very long period of time. I’ve been involved here in Pittsburgh for 42 years so I’ve been at this my entire adult life. One of the components is to have absolute determination and belief in your ideas and the willingness to stick with it until you begin to get results. Two, I think it’s really important to have a vision of where you’re trying to get to and without the vision you’ll never arrive at the place you’re trying to get to so it’s important to have that and the ability to identify important leaders in your communities that you can convince that you’re on the right track with the right ideas to support your efforts because you can’t do this by yourself; no one can.

BS; Well I think you need different kinds of leadership, corporate leadership in the community, civic leadership, political support and having some basic skill sets yourself if you’re the person driving the process, that you have a sense of how to set up and run the organization that you’re trying to create, so having some good basic fundamental business skills and organizational skills is really important.

HK; You’re engaging the field of education. What kind of change we have to make for the future, not only in the United States but also in the whole world?

BS; My goal is to build 200 centers, 100 in the US and 100 around the world, that these can be used as models, living laboratories for best practices in education so that systems can take their clue from the centers and they can use those systems to integrate projects to rebuild and reform their educational strategy in their country. We have early conversations in Korea and Japan about doing this, Costa Rica, the Virgin Islands, and Puerto Rico and Vancouver, so we think that there potentially could be a very large systemic impact over time. I also might say, I have a book out called Make the Impossible Possible, which you can order from your local bookstore from Amazon that tells this whole story and the book has been translated into Japanese and into Korean so it is available and I would encourage people to buy the book because it’s helpful to tell the whole story.

HK; When we try to solve international problems we have to tackle the problem of cultural difference or the conflict between the nations. You are working internationally so I’m just wondering, how do you work with people from other countries?

BS; By sitting down and talking with them. It’s very simple. It’s not complicated. You just talk to people and sit down in their country and have them come here. But fundamentally you have to stick out your hand and to reach for other people. It can be done, it’s not that complicated.

HK; Can I ask your personal definition of success?

BS; My own personal definition of success is living a life in which you can realize your potential, maximize your skills and your intelligence that you’ve been given and to help other people achieve a better life for themselves. I think just doing it exclusively for you, in my definition, is not a successful life. A successful life is one that’s measured by how you help others, not just help yourself.

HK; Could you please give me your advice to be successful in general life?

BS; My advice is to find a purpose for yourself that is satisfying, that can generate enough revenue so that you can live in a reasonably good manner, that you care about your family if you have one and that you find something that allows you to fulfill your promise and your possibilities as a human being. I think that’s the definition of success as opposed to having a job that you don’t like, even though you might make a lot of money. I think you’ve got to do something that you really care about at the end of the day.

HK; Thank you so much for your cooperation.

Haegwan Kim is a writer who was born in Osaka, Japan in 1989 and grew up near Tokyo where went to a Korean school for 12 years.
Read More Share
RepairPal for the Android Now Available: Car Repair at Your Fingertips
The Weird and Wonderful Foods of Singapore

0 Responses to Interview with Bill Strickland