Slept outside last night – woke up at half 6. Some of homeless people were already awake. 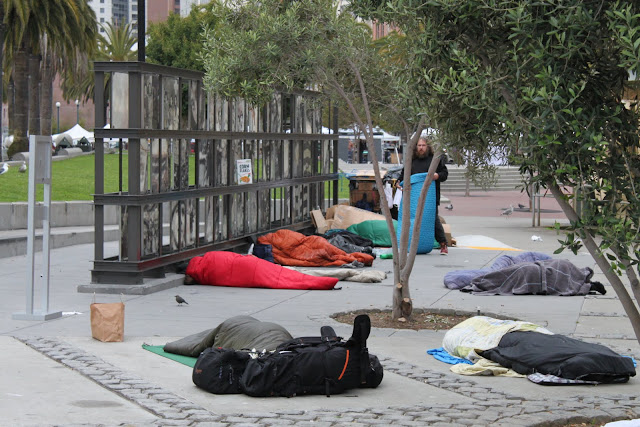 They begged me for cents. It seemed to them that I was the richest in the crowd. I said no. Because I wasn’t sure that the cents would really help them. Many philanthropists think of poverty in developing countries as an urgent issue to solve, but what is this?

Why the hell there are so many homeless here in San Francisco? Isn’t this an urgent issue? Of course, we mustn’t miss the fact that the developing countries need help – rather, the bottom billion professor Paul Collier mentions. But I want to know whether there is ENOUGH MONEY TO SAVE HUMAN BEINGS FROM THIS KIND OF POVERTY.

People hate dealing with the homeless issue, but people don’t know how much the homeless hate people and society. They don’t feel that they have a hope. So what do you say? Serves you right?’ Because they lost their jobs, they are lazy?

My dad told me recently, “you still have a long way to go and you need to know who you are” and he also said, “I don’t know what kind of world you want to change. Developed countries like the US and Japan? BRICs? or North Korea?” I couldn’t answer in the moment because it’s not as if I had decided to concentrate on changing the world for the better in one region of the world.

Do I really need to draw a line between countries? Between regions? Between the rich and the poor?  Time to contemplate.

Tomorrow I leave San Francisco for Chicago and it will take me 3 days (by train). Need to sleep well tonight. Good night San Francisco. And thank you. 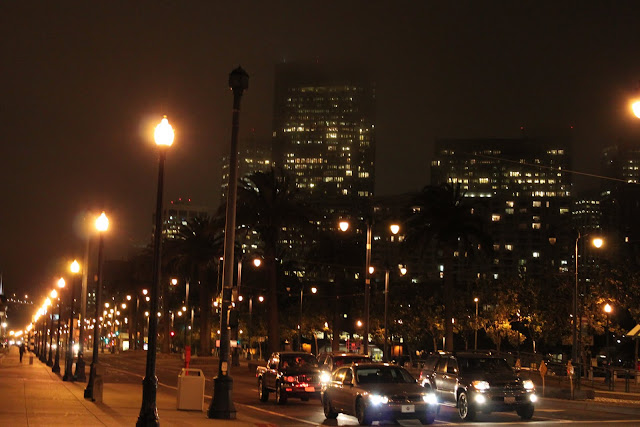 Haegwan Kim is a writer who was born in Osaka, Japan in 1989 and grew up near Tokyo where went to a Korean school for 12 years.
Read More Share
GoingGreen Silicon Valley
Dark and Moving Photos from Alexander Binder

One Response to Homelessness in America: Worse Than You’d Think