I was excited when I learned that my hotel in the Iranian city of Isfahan had an observation deck, but I was also cautious. After all, the rooftop of said hotel was only four stories above the ground. Surely, the view of historical Isfahan couldn’t be that impressive.

Additionally, by the time I made my way through the red tape I’d realized was a wrapped around most extraordinary things in Iran, it was 20 minutes past sunset. Any color the fading light might’ve streaked across the sky would surely be gone, to say nothing of how tired I felt after the long journey from Tehran—I almost wanted to feel uninspired. The bell boy removed the padlock from the fire door. Instead, I felt invigorated: This is the moment my trip to Iran truly begins, I muttered to myself the moment I set eyes upon the illuminated Shah Mosque and the violet clouds above it. I would’ve cried, if the air wasn’t so dry.

Where to Stay in Isfahan

The hotel I mentioned in the intro to this piece is Avin Hotel, which in addition to offering a surprisingly good view of the city from its rooftop is only 15 minutes by foot from Imam Square (more on that in a minute) and more or less lives up to the four stars it officially bears. As is the case with most other hotels in Iran, it’s difficult to book this (or any hotel in Isfahan) using traditional online means but iran-booking.com is a pretty good resource.

Day One: The Square Beyond Compare

Although Isfahan’s name translates to something less than inspiring, its nickname—Nesf-e Jahān in Farsi, or “Half the World”—is apt, particularly in Imam Square, a UNESCO World Heritage Site that’s one of the largest plazas in the world.

Here you’ll find the aforementioned Shah Mosque and the Bazaar of Isfahan, which on their own make it the most picturesque place in Iran, to say nothing of its historical importance: It was built under the order of Abbas I, whose reign is generally thought to have ushered in the peak of Iran’s economic, military and political power. 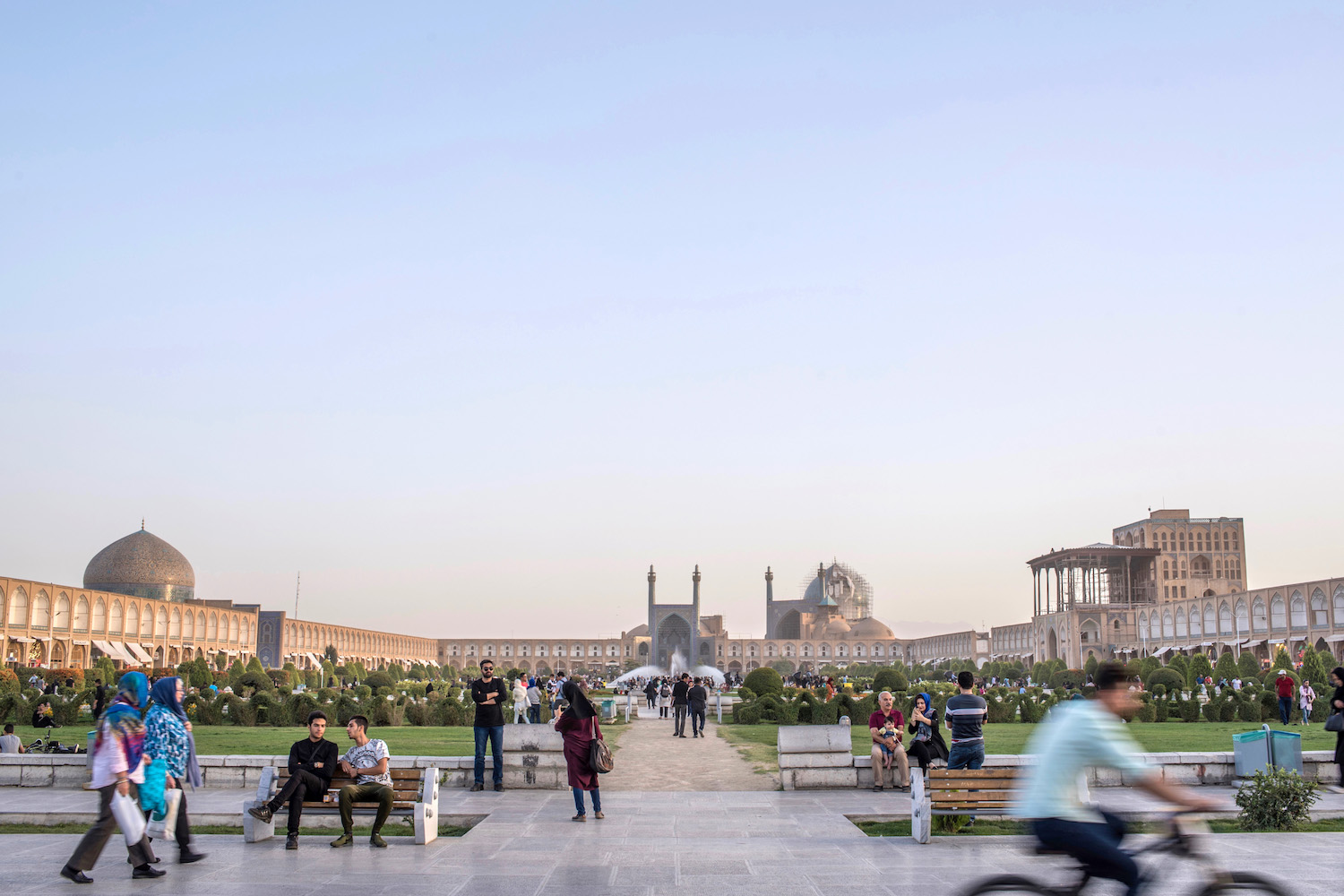 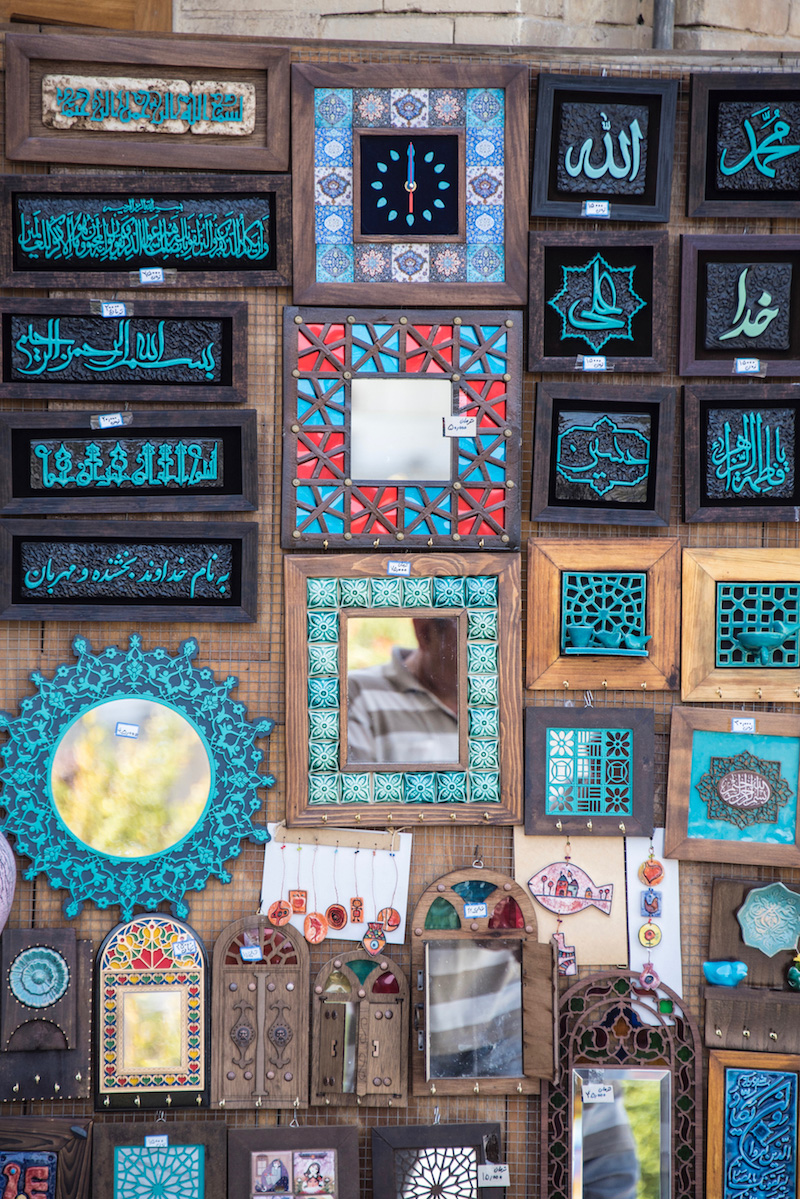 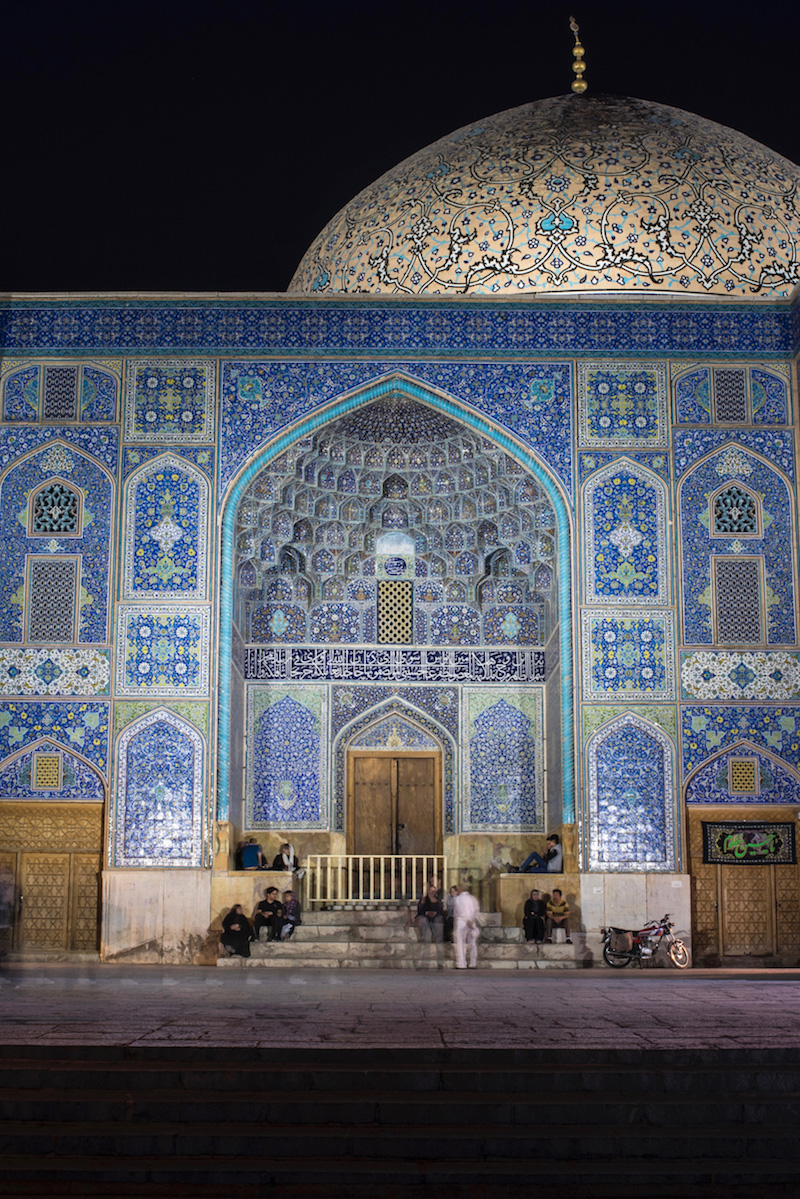 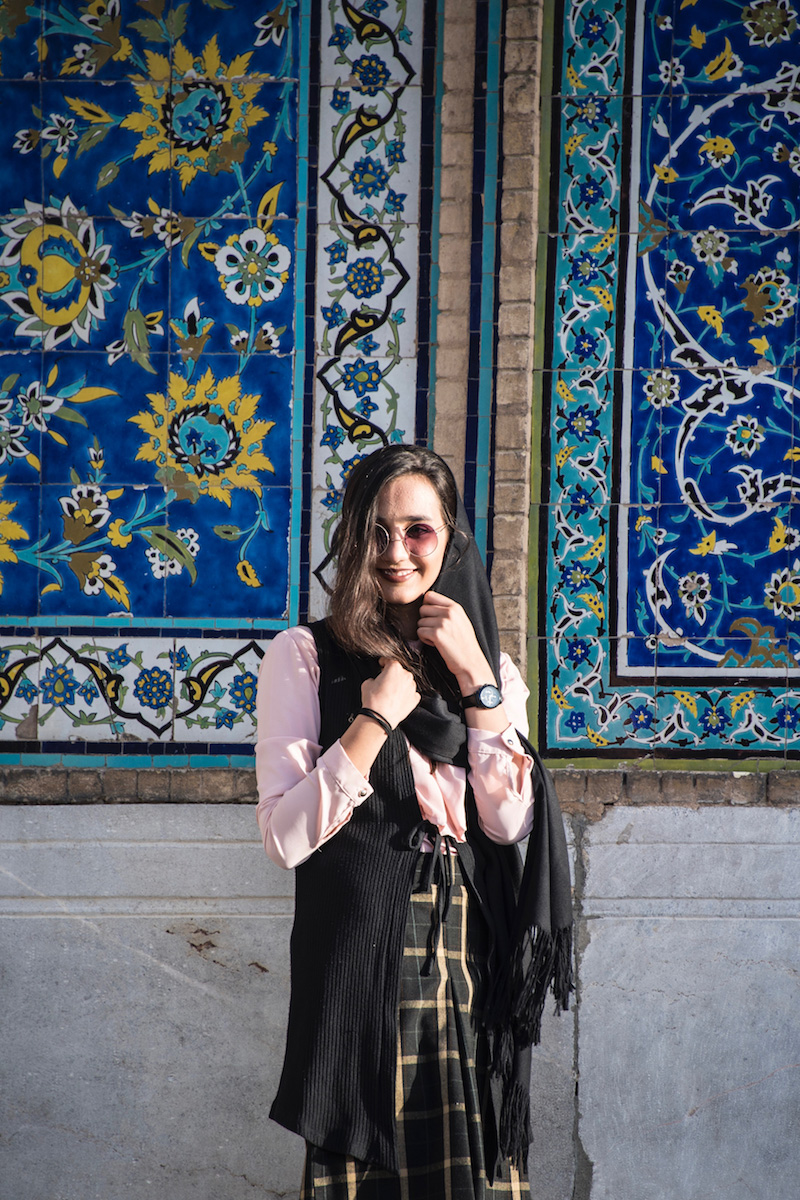 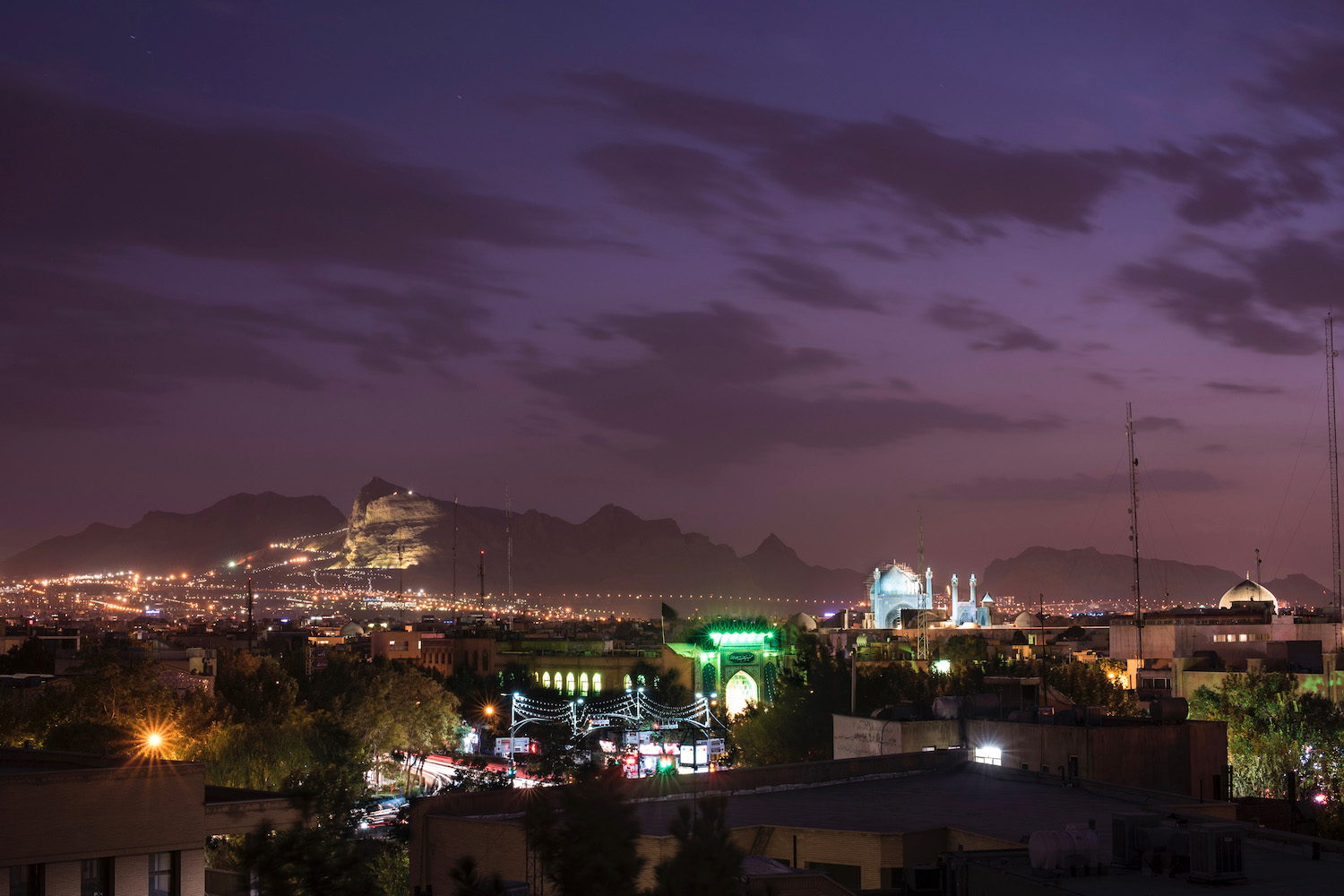 Indeed, you could spend the entirety of your first of three days in Isfahan exploring the treasures of the square, whose mosques are intricately painted to resemble the feathers of a peacock.

TIP: If you do wander outside the walls to see places like Hasht Behesht (whose murals chronicle the Persian-Uzbek wars and the Iranian victory that led to the rise of Abbas and the Safavid dynasty as a whole) or the historical Mashrouteh House, make sure to find yourself back inside them after nightfall, when Imam Square is at its most beautiful.

It’s unlikely that you will have time until your second of three days in Isfahan to see the city’s Jameh Mosque, and it’s ironic. Built well over a millennium ago, it’s the oldest mosque in Isfahan, not to mention the “central,” if only according to its name.

Other historical Isfahan attractions the hypnotic allure of Imam Square eclipse include the Armenian Orthodox Vank Cathedral and the trio of bridges that spans the Zayanderud River (which, to be fair, runs dry most of the year anyway). 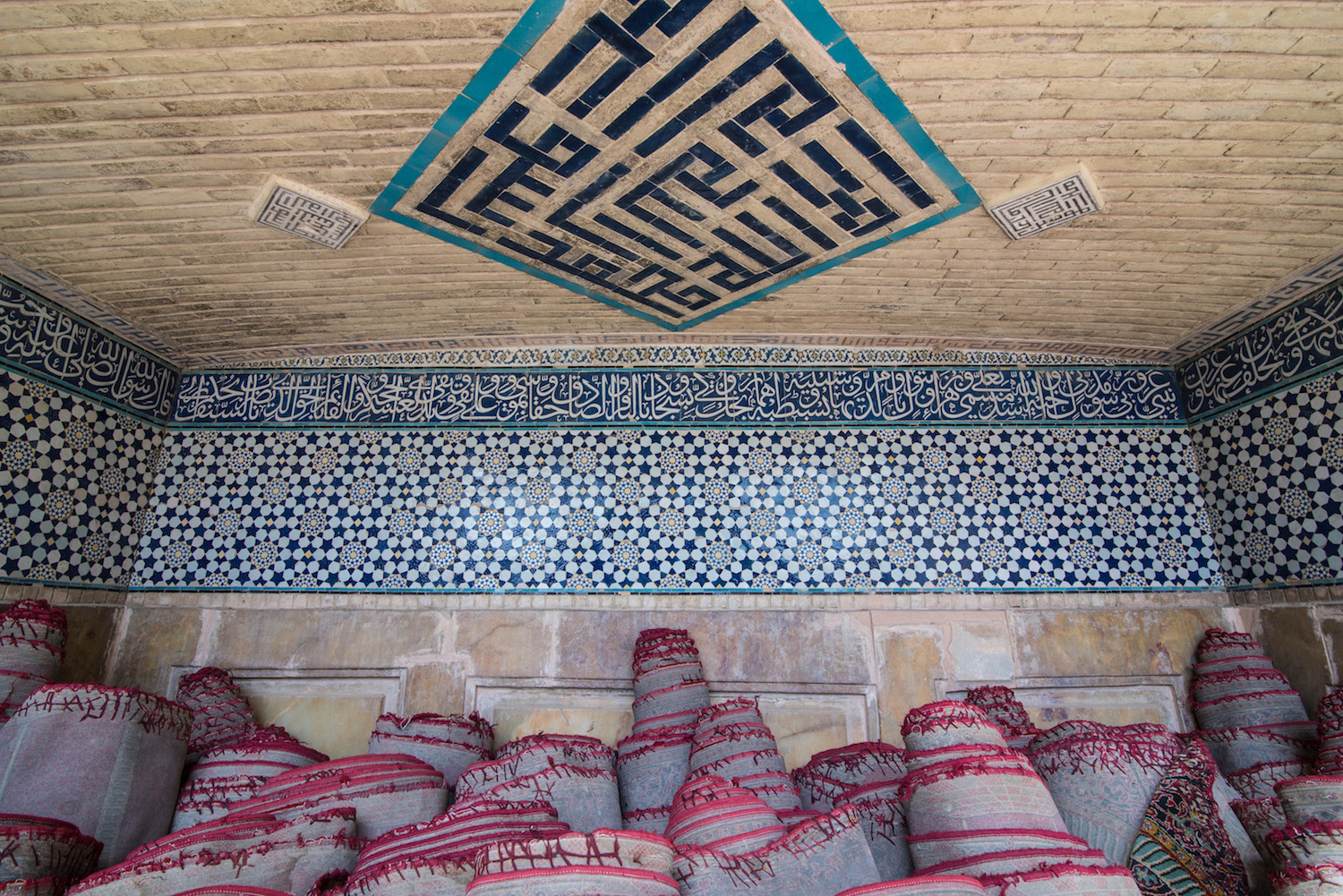 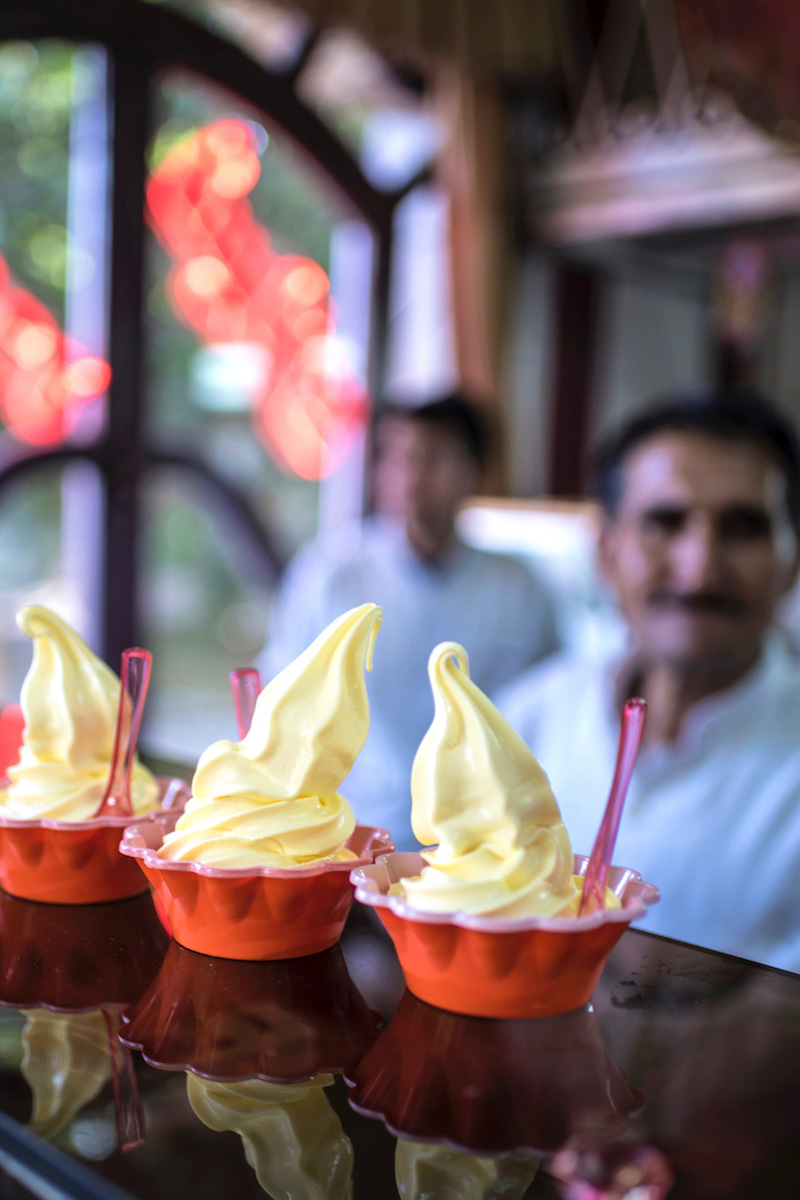 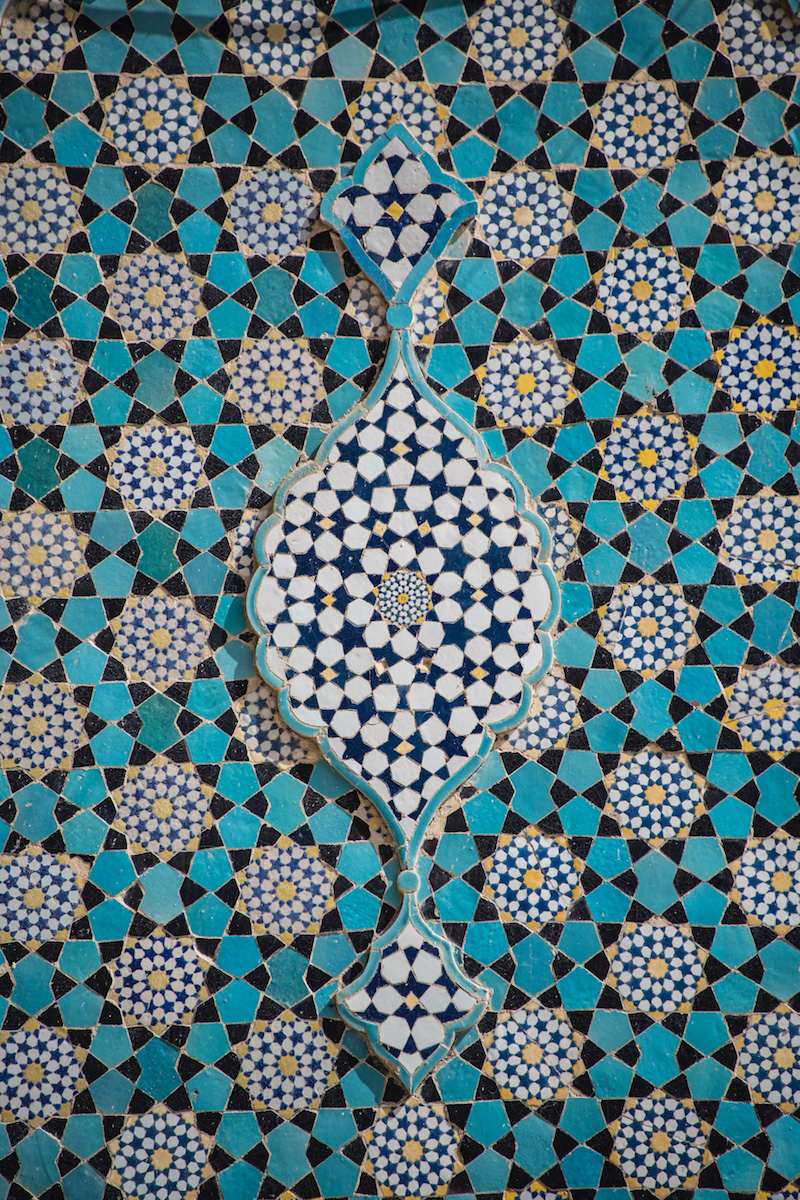 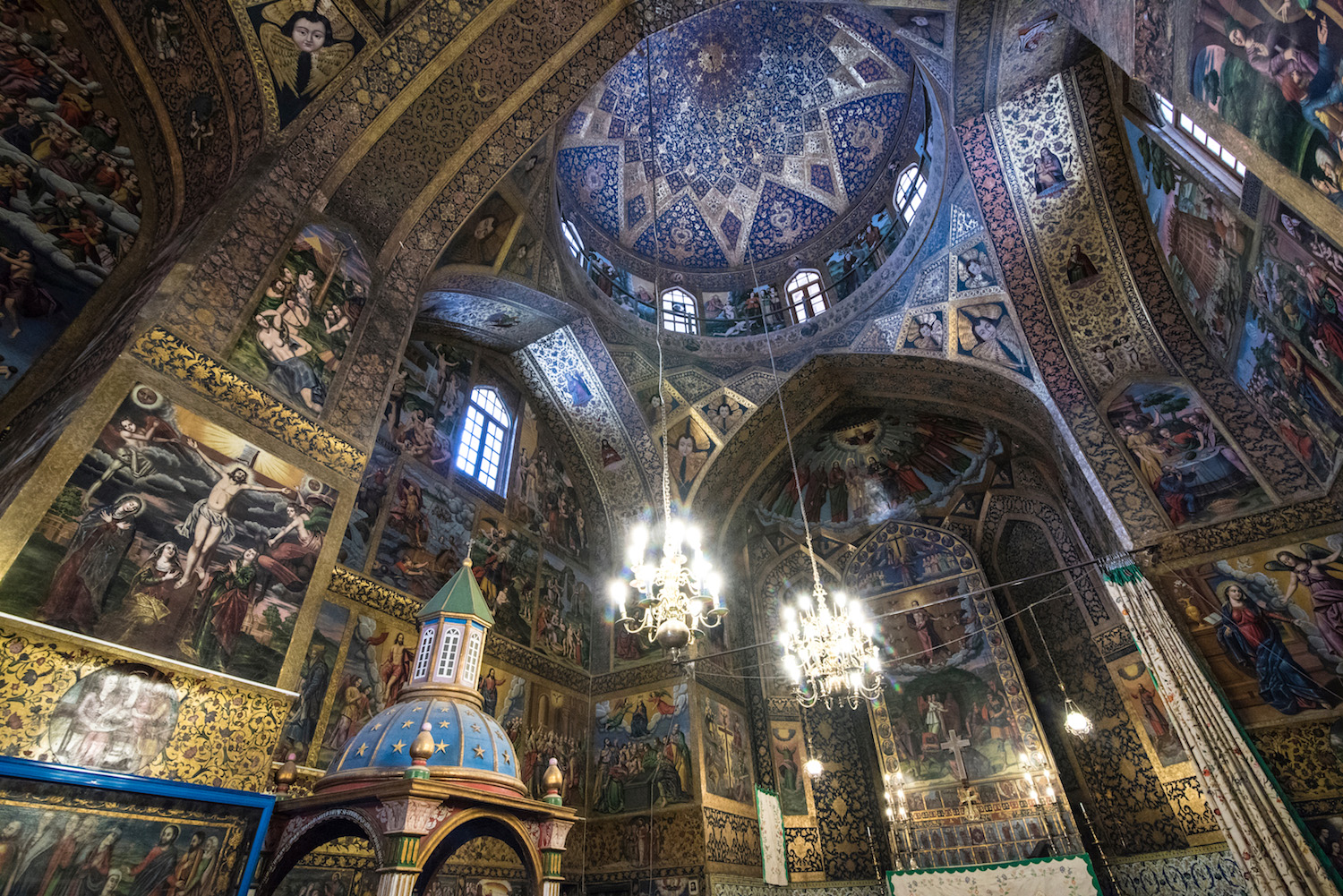 Day two will also be when you can allow Isfahan’s delicious food to take center stage. Lunch at the aptly-named Traditional Banquet Hall, enjoy dinner at the raucous local favorite Restaurant Shahrzad (the Zereshk Polo chicken with barberries there is to die for) or visit Moshtaq Ice Cream, where you can savor the very best saffron soft serve I had during my entire time in Iran.

The tastes of Isfahan are as important to making the most of your three days in the city as the architectural textures you find when you escape the (delightful) confines of Imam Square.

I’m divided on what to recommend you do on your third of three days in Isfahan. On one hand, dividing a morning and afternoon between the brick-red traditional village of Abyaneh and the charming town of Natanz makes for a worthy excursion, and probably one of the most illuminating day trips you can take in all of Iran. 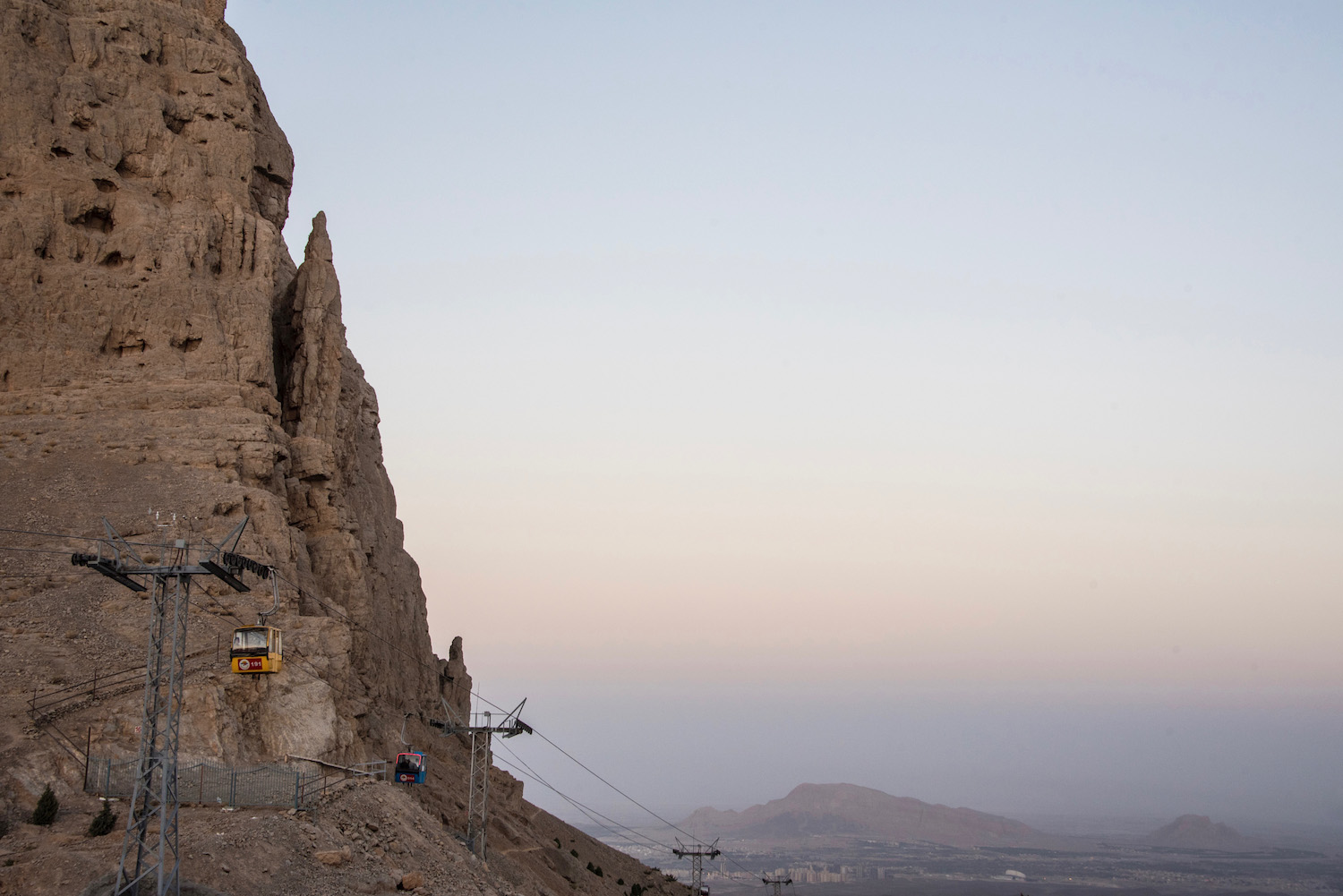 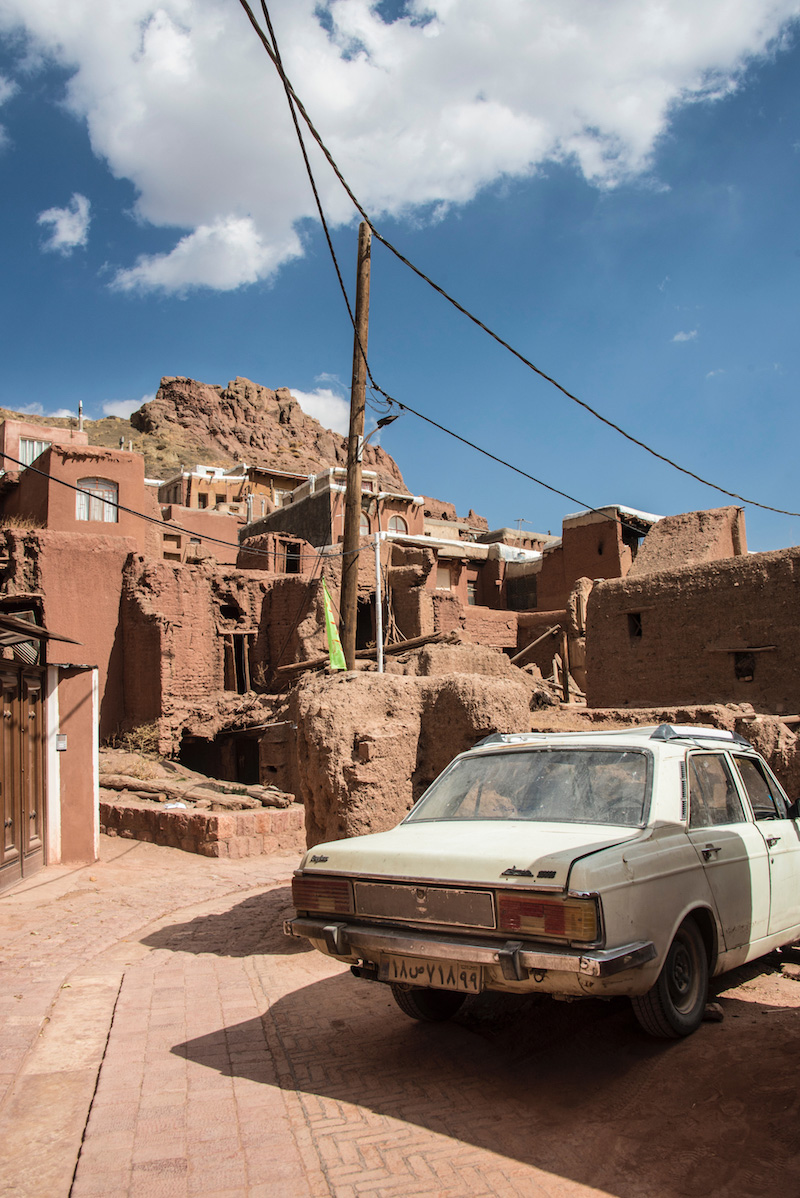 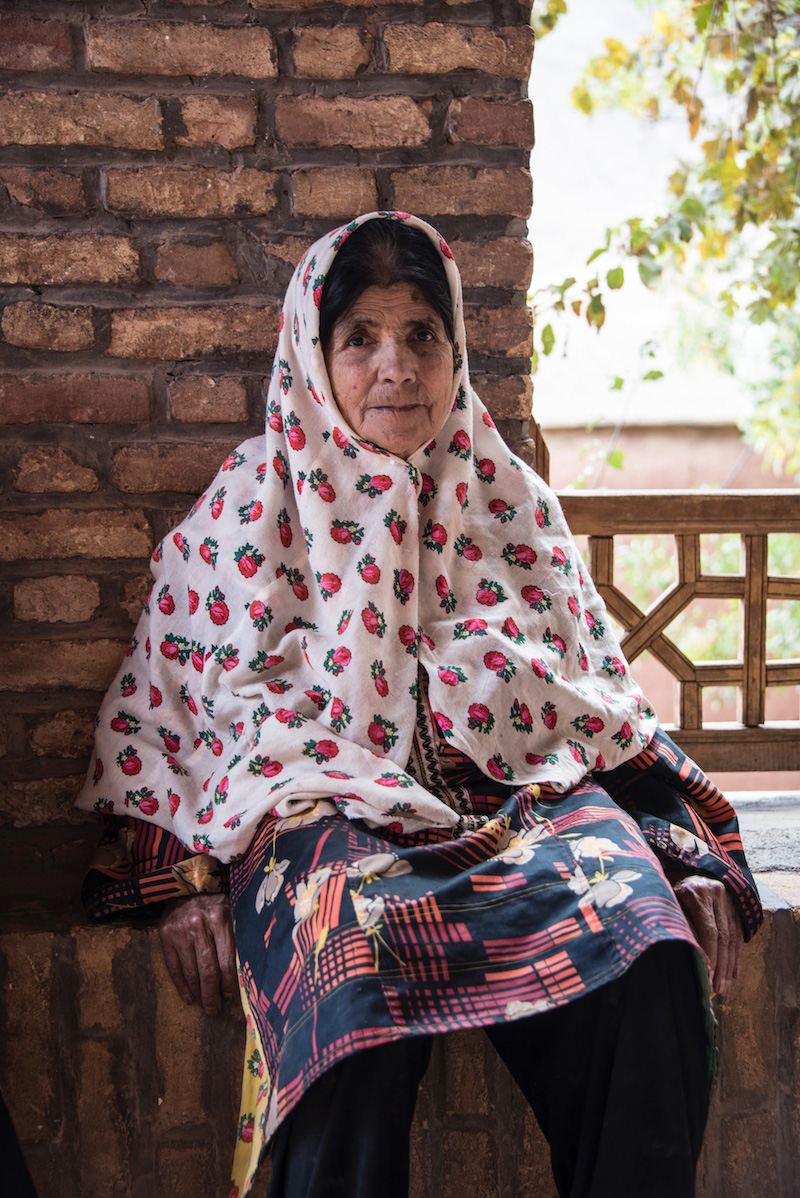 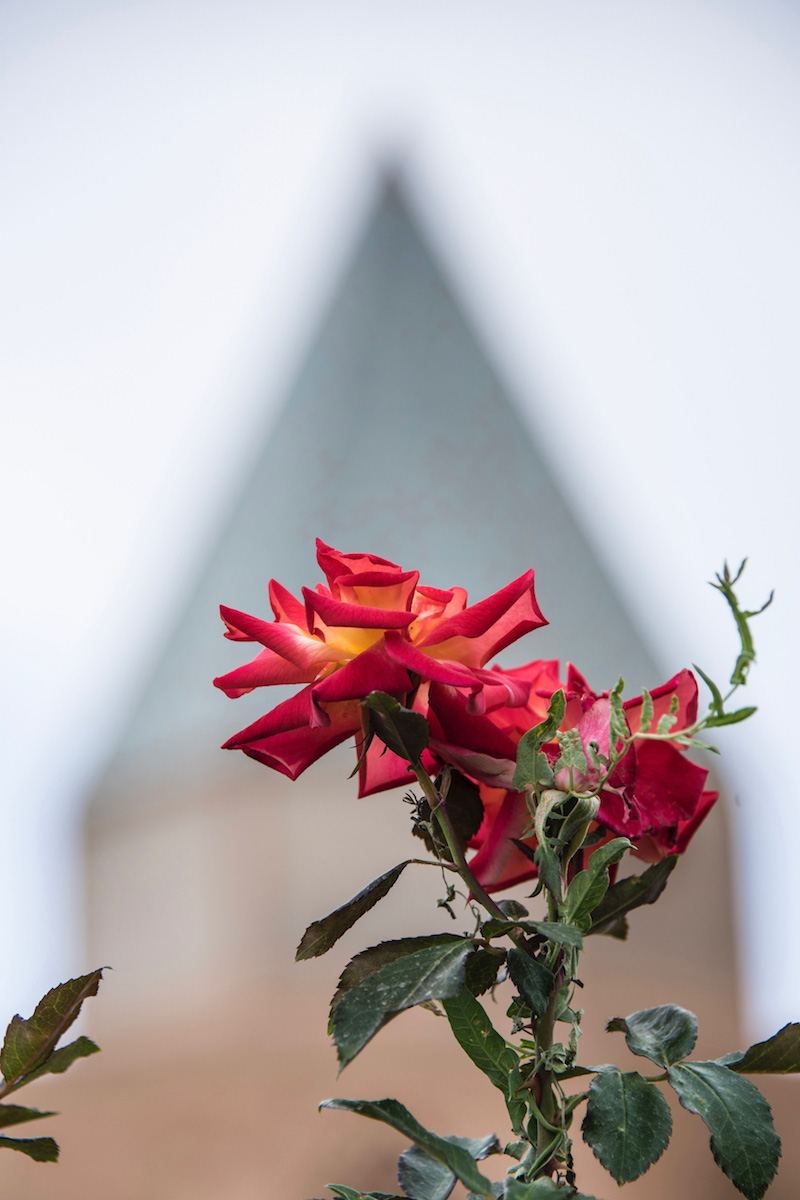 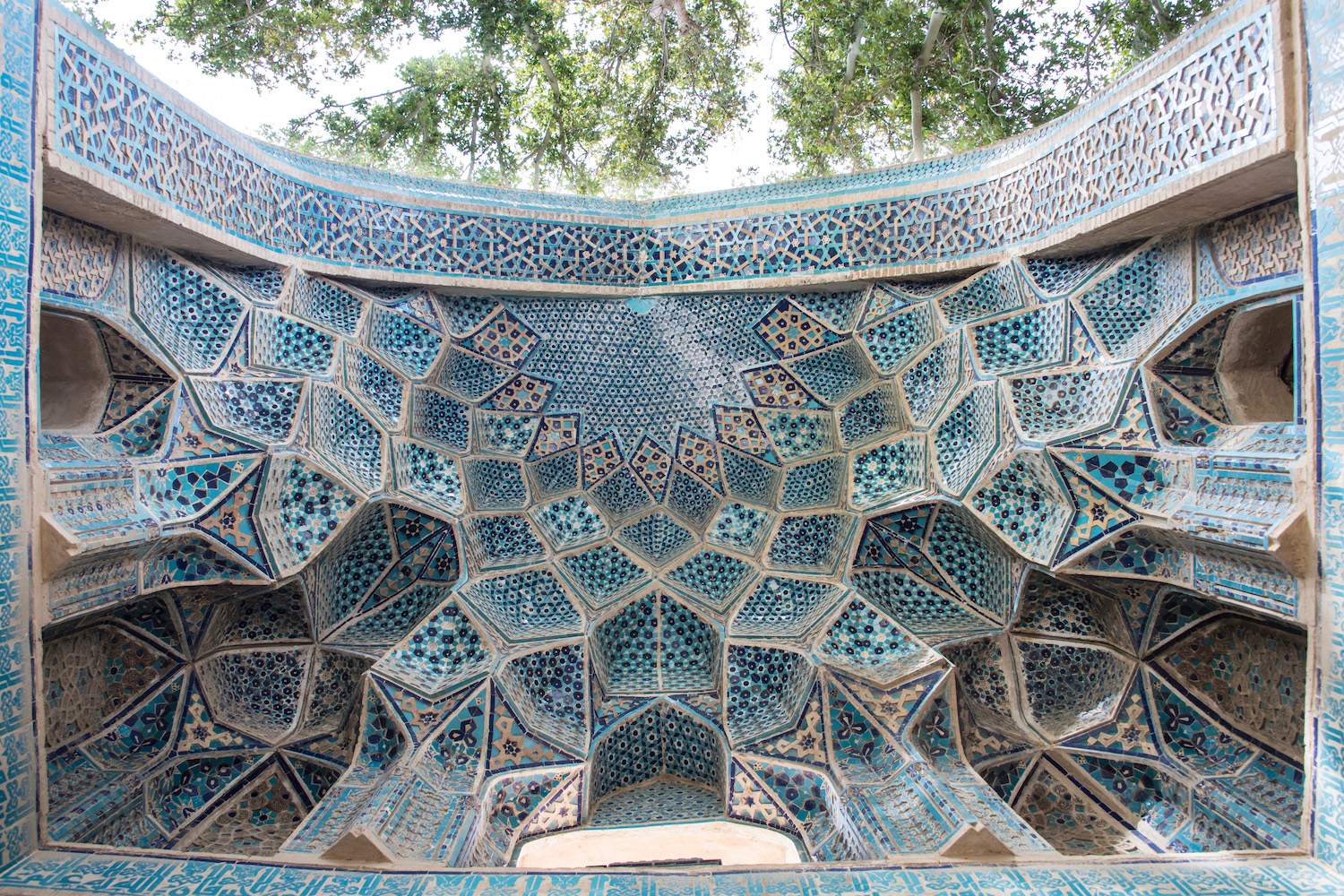 On the other hand, there’s plenty to do within city limits to require a full three days in Isfahan. Most obvious among these would be to hike (or, more humanely given Isfahan’s oppressive heat, ride the cable car) up Soffeh Mountain, where you can enjoy a panorama of the city.

If the cable car is working, that is—it wasn’t when I went, and since I was wearing inappropriate footwear, I only saw a view of the bowling alley at the base station.

Isfahan’s nickname suggests that it’s merely half of the world, but the city embodies almost everything I came to love about Iran.

Whether you use your three days in Isfahan to explore the the UNESCO World Heritage sites in its center, or to make excursions to the charming small cities that sit just to the north of it, I imagine the time you spend here will be the nucleus of your trip to Iran, if not the highlight of it.

I traveled in Isfahan (and the rest of Iran) courtesy of Surfiran. Whether you’re looking for a comprehensive Iran tour (which you’ll legally need if you’re American, Canadian or British) or simply need piecemeal Iran travel services, Surfiran can help you take your trip to the next level.

Robert Schrader is a travel writer and photographer who's been roaming the world independently since 2005, writing for publications such as "CNNGo" and "Shanghaiist" along the way. His blog, Leave Your Daily Hell, provides a mix of travel advice, destination guides and personal essays covering the more esoteric aspects of life as a traveler.
Read More Share
The Witty Light of Psychic & Intuitive Eddie Conner
4 Spiritual Reads: Buddhism, Meditation & the Afterlife