Let this Ultimate Turkey Travel Guide be a great source for you as you begin to plan your adventure to Turkey.

Istanbul is a so-called “Primate City,” which in technical terms means that it eclipses all other cities in Turkey (all of them combined, arguably) both in terms of size and importance. In practical terms, this means it’s possible to visit Turkey multiple times and do little more than explore Istanbul, which is a veritable rabbit hole of discovery and revelation.

This has certainly been my experience in Turkey. In two visits totaling more than two weeks in length, I’ve spent just three days outside Istanbul: Two in scenic Cappadocia and one in the conservative city of Konya, famous among other reasons for being where Sufi poet Rumi died.

First up on this Turkey Travel Guide is the stunning Pamukkale. I’ve always been intrigued by the name of Pamukkale, even before I realized that it appropriately means “cotton castle” in Turkish. I mean, is there really a more apt description of these travertine pools, composed primary of calcium and hydrogen carbonate, and formed because of the behavior of the fault line that runs under them? This will probably be the first place I visit next time I go to Turkey. 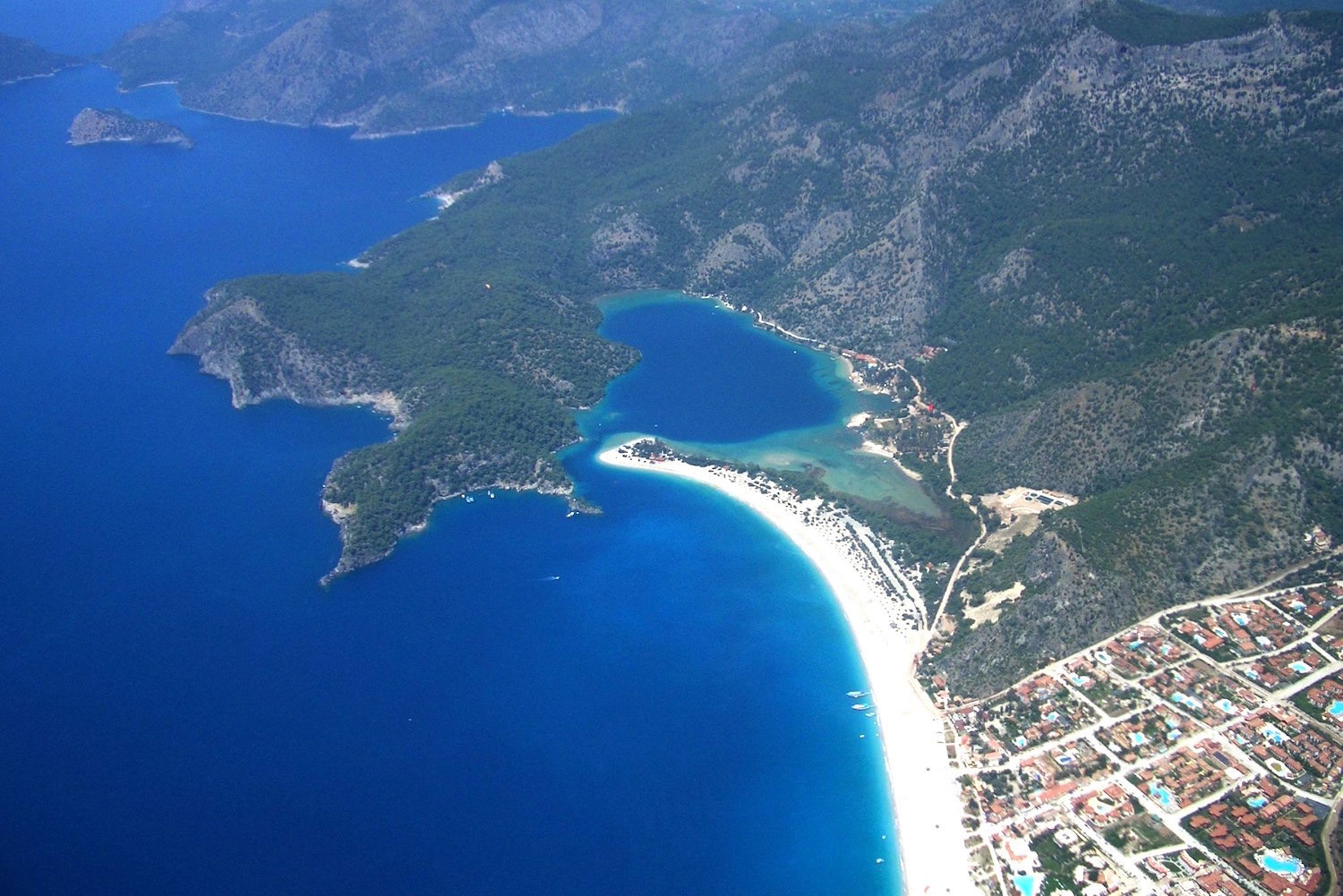 Turkey has some of the best beaches in Europe—in the world—which simply underscores the urgency of my needing to visit them. Indeed, the struggle when it comes to Turkish beaches is not whether to sun yourself on them, but which to choose?

Personally, I’d be satisfied with a day or two in the Oludeniz “Blue Lagoon,” but then I’d probably regret not having visited Izmir, Bodrum and Antalya, to name just a few of the others.

Urfa and the Syrian Borderlands 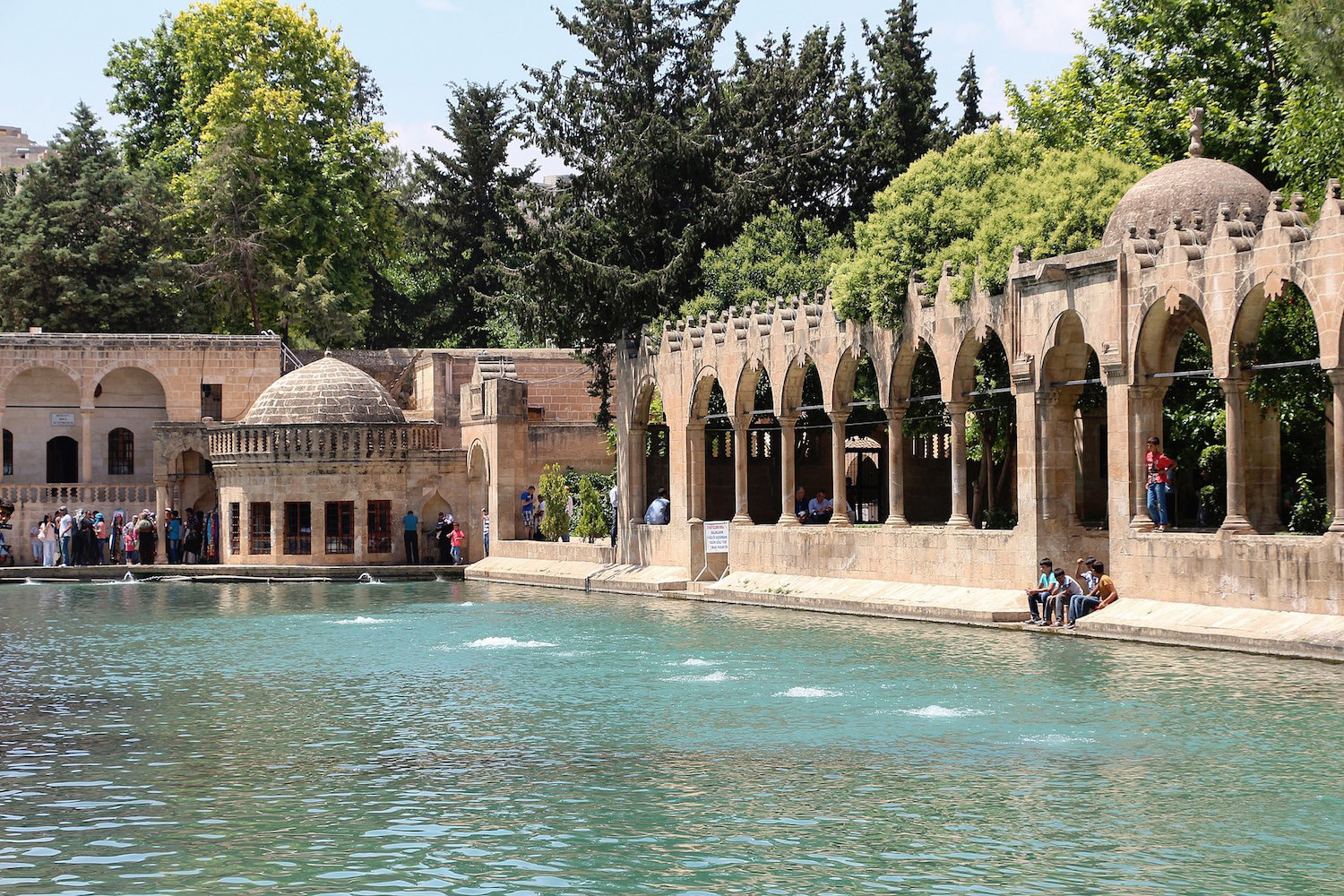 My last visit to Turkey was a writer/blogger trip sponsored by Turkish Airlines, which split the 20 or so of us into  small groups and sent us to destinations throughout the country. Among the most controversial of these was the city of Urfa, near the Syrian border.
As it turned out, however, the only dangerous thing about visiting the Syrian borderlands is getting stuck here for your entire trip. Part of the historical Fertile Crescent region, Sanliurfa province has been inhabited for the past 10,000 years, and has important sites relating to all three Abrahamic religions.

The Ancient City of Ani 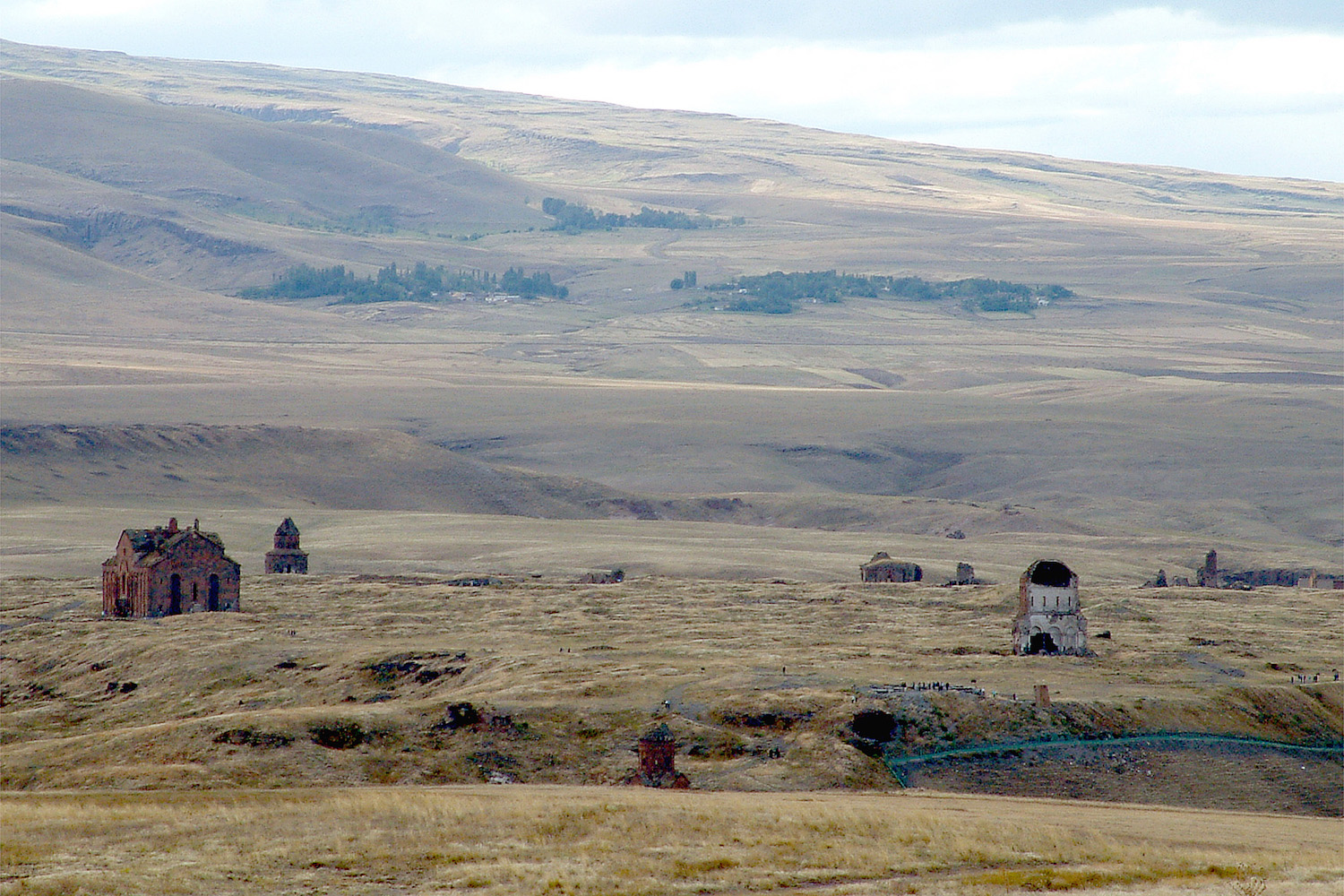 The topic of the Armenian Genocide—Armenia in general—is controversial in Turkey, but no matter which country you think ancient Ani (and the surrounding countryside) belongs, this city is nonetheless one of the most fascinating example of Armenian heritage in Turkey. To be sure, Ani’s history transcends the 20th century conflict, the city having been besieged by the Mongols a Millennium-and-a-half ago, among the other turbulent chapters in its past. 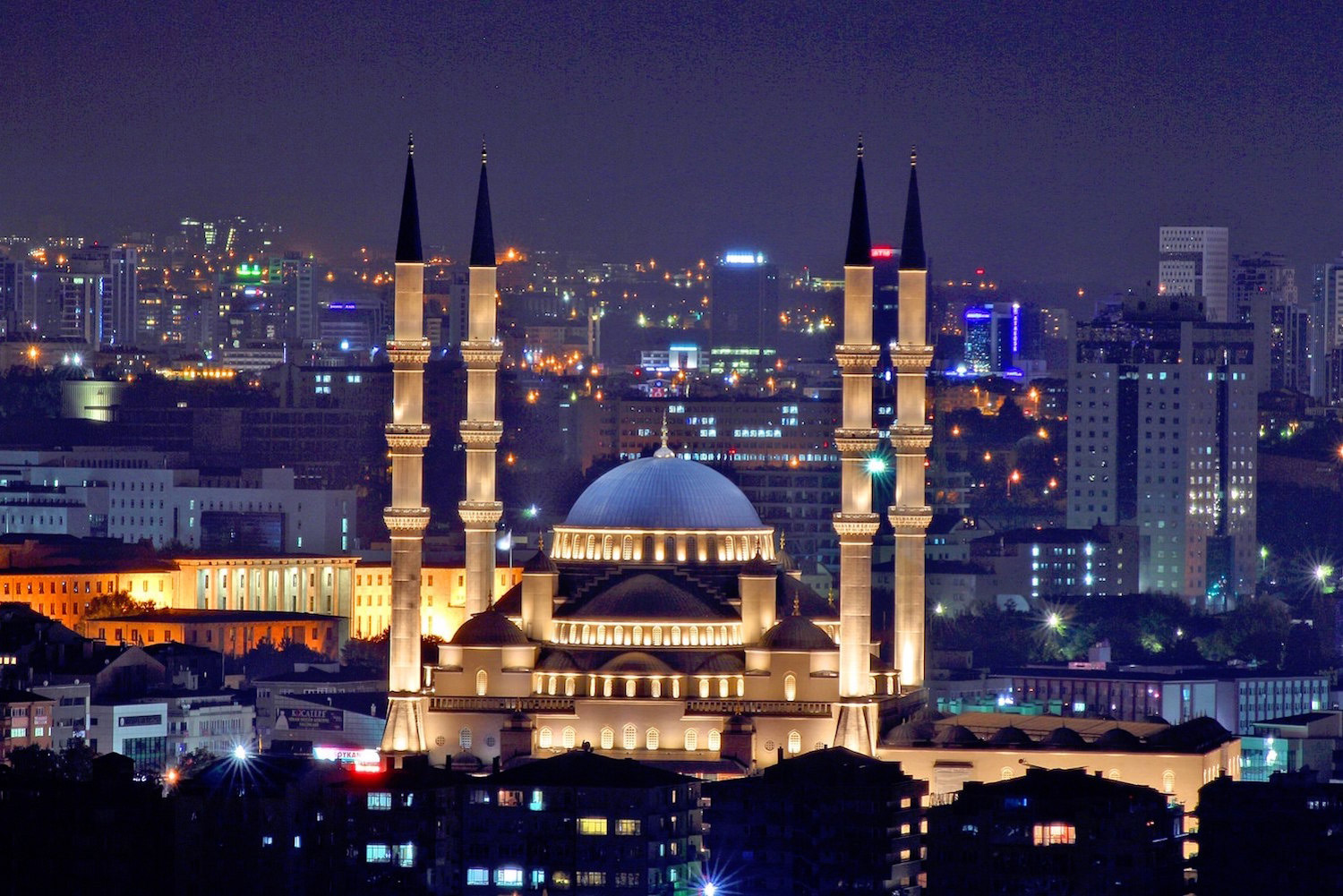 It’s easy to forget that Ankara, not Istanbul, is the capital of Turkey. In fact, many Turks I meet speak critically of their country’s capital, criticizing it for being conservative and even boring. Nonetheless, I remain fascinated by this inland metropolis of more than four million, known in ancient times as Angora (among other names), and having served as the headquarters of Atatürk, founder of the Turkish Republic, before the fall of the Ottoman Empire. 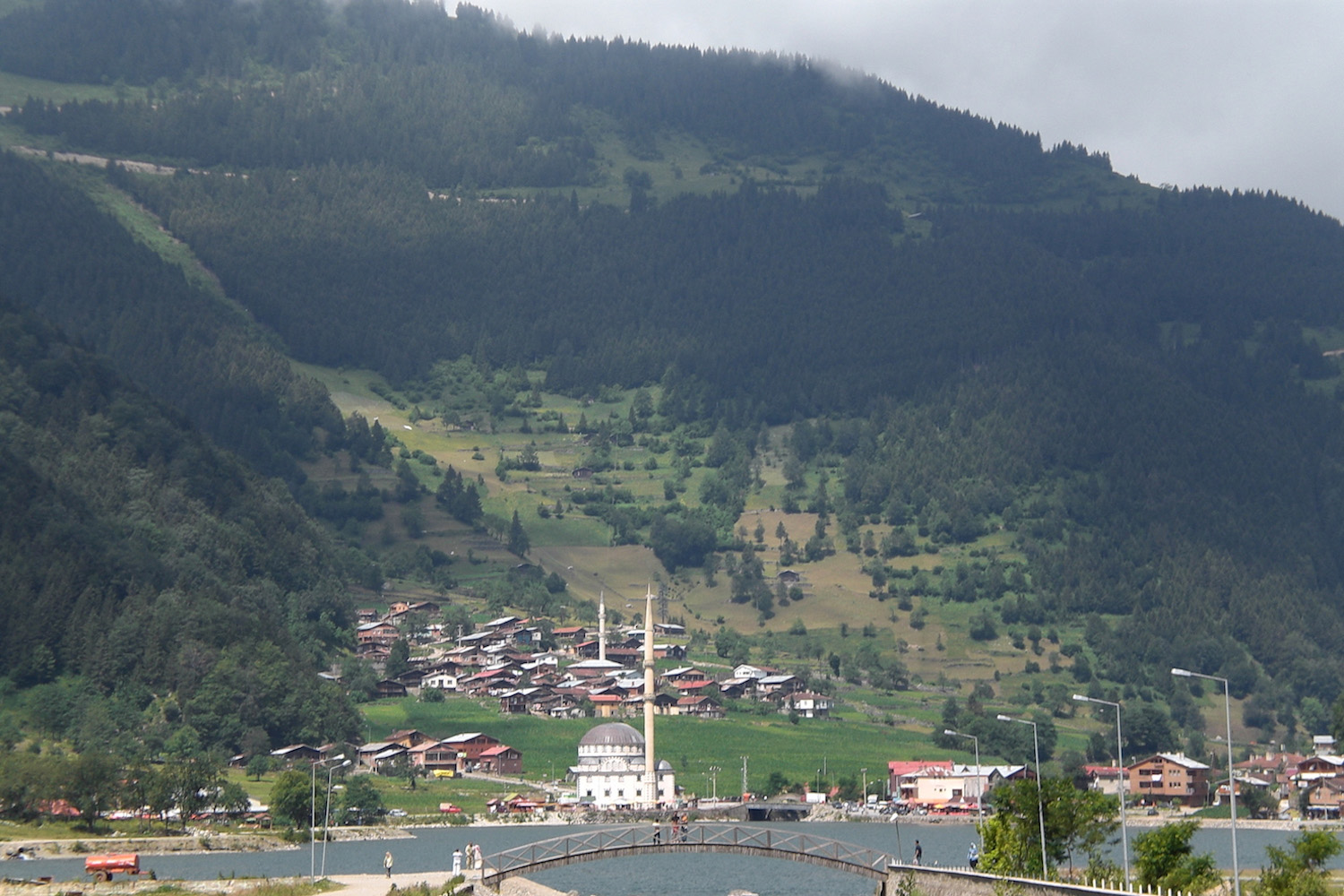 My second trip to Turkey was supposed to have taken place in 2012, but life took an unexpected turn. Among the places I was planning to visit was Turkey’s Black Sea coast, which I imagined to be a paradise of forlorn beaches, cherry trees and locals relatively unaccustomed to foreigners.
While my trip to Romania the following year destroyed my dreams about the Black Sea’s water (I guess it’s called the “black” sea for a reason), I can still taste those cherries whenever I hear the word “Trabzon.” 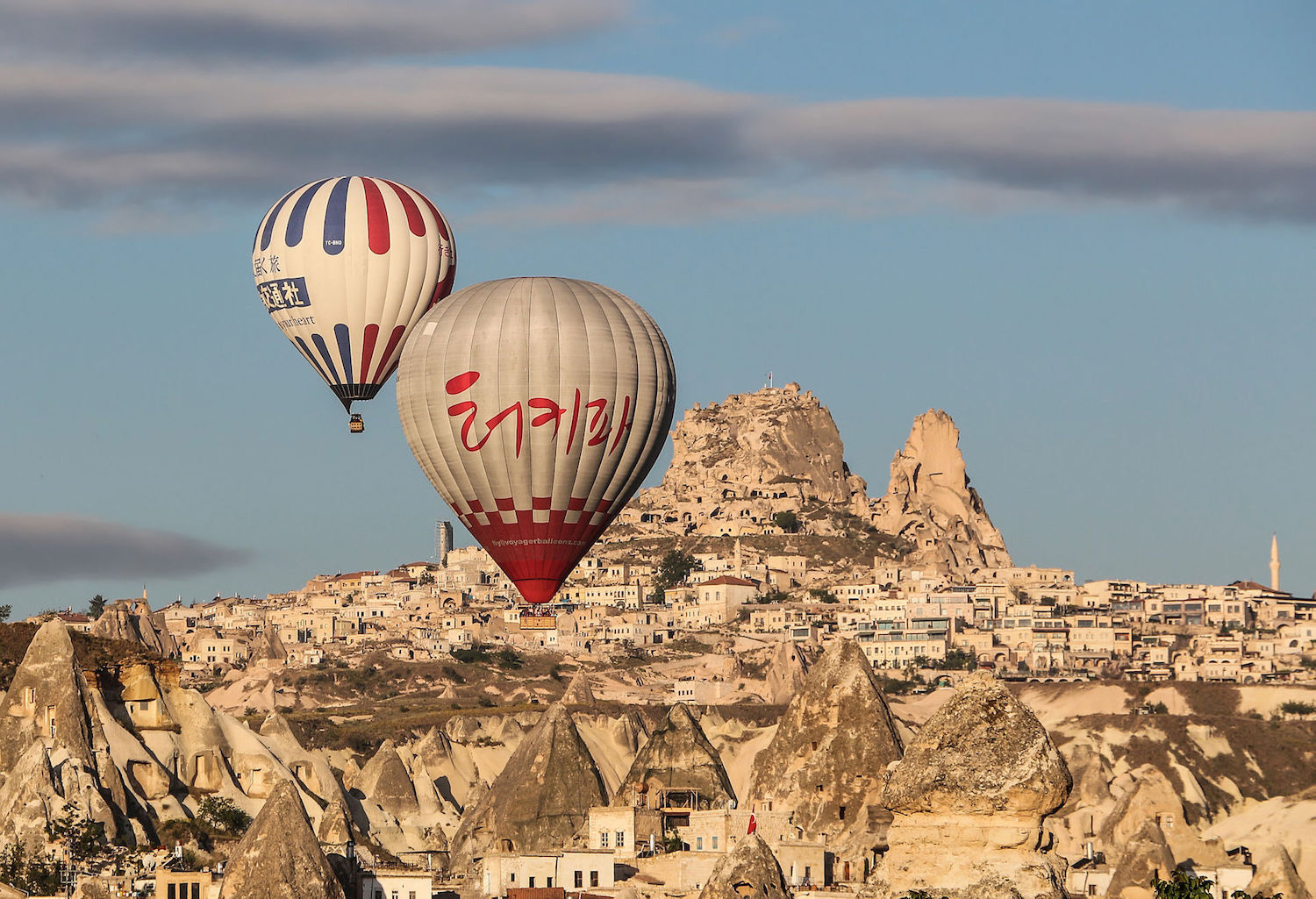 I spent two days in Cappadocia in 2015, as I mentioned above, but unfortunately missed my planned balloon flight due to high winds that morning. While my experience flying in a hot air balloon over Bagan, Myanmar the following January convinced me that perhaps flying over Cappadocia wouldn’t live up to the hype, I definitely think my pictures of the region would be more impressive with balloons in them.

Where in Turkey Do You Want to Visit?

Turkey is a country of seemingly endless discovery, which means I’ve almost certainly missed somewhere on my Turkey Travel Guide—where do you most want to visit? Leave a comment below or on social media with your recommendations for what should be included in this Turkey Travel Guide!

Other Articles You May Enjoy

Robert Schrader is a travel writer and photographer who's been roaming the world independently since 2005, writing for publications such as "CNNGo" and "Shanghaiist" along the way. His blog, Leave Your Daily Hell, provides a mix of travel advice, destination guides and personal essays covering the more esoteric aspects of life as a traveler.
Read More Share
Westport’s Mill Times Hotel
Hanging With Falcons, Owls & Bald Eagles in Malta

One Response to Your Ultimate Turkey Travel Guide