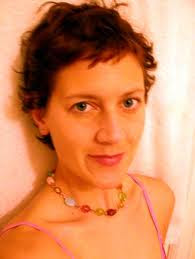 Haegwan Kim: Thank you so much for your time. At first, as my research is on the law of success, I want to ask about your definition of success.

HK: [Laugh] Yes, everyone gets stuck on this question, but please tell me your personal definition of success.

MH: I think my definition of success has changed as I’ve gotten older, and I think it’s gotten to be… I want to say smaller. When I was younger I thought success would be more global, having a big impact and changing the world, you know, making a real difference and having my name be out there. It was something that really was about my ego being satisfied and recognized by a broad amount of people.
Now I feel like success is much smaller and more local to me, perhaps because I’ve had broader success with things like Blogger. That makes it easy to say I don’t need big success anymore. Now I find success is more about really putting my heart into everything I’m doing all the time, and feeling good, and having a good result from that.
I’m a mom now; I have two little children. A lot of it relates to small things with them, you know, like making sure I really spend the day cooking healthy food and they actually eat it. At the end of the day that’s not a big success, but that’s really important to have them understand where their food is coming from, and to appreciate that the food that has been prepared for them and that I’ve spent the time buying all the ingredients and that we spent the time eating as a family, and establishing important family traditions and bonds. If I go to bed after a day like that, I think that was really a successful day. I’m raising good citizens.

HK: That’s really interesting opinion. Not many people say this. Talking about your professional side, since you found Pyra Labs in 1999, can you tell me your summary on the transformation, or I would say the evolution of blogging for this decade?

MH: It’s been a crazy thing that I never would have predicted. When we started the company there were people doing blogs but it was not like it is today, and people who tended to do them were savvy with web programming and you had to do HTML and everything. When we first started Blogger, it was more of the idea to just make it a little bit easier for people who already knew how to do it, and already wanted to have a blog.
It just sort of exploded from there. I guess culturally the timing was right. The web had been around long enough that it was becoming more useful to a broader number of people — and this is speaking really from the United States point of view — more high speed access, the dot.com boom happened so the whole web was [talked about] on TV and it was becoming part of everybody’s consciousness or awareness, and so then when they decided, “Hey, I want to be part of this web, how do I participate in it?” blogs were seen as the way to do it.
So we just happened to be there at the right time with the tools that made it easy for people to become part of this new thing that was finally beginning to happen. Because earlier the people who were on the web, they were geekier, and they were more tech focused, and then in 2000, 2001, it really started to open up and everybody — like my grandparents — were going online and reading blogs and reading my blog and things like that. Then of course, September 11 happened and that became a real sort of challenge for people to want to connect and express. Political blogs really exploded, both from the liberal and conservative point of view. It was just a kind of momentum, and more and more people began to participate.

MH: I think it’s interesting because when Blogger started the interface for a Blogger blog was just a box and a button. It was very small; it looked almost exactly like what Twitter is now. And a lot of the original blog posts were very short little messages. They were often just a single thought, and as more people blogged and as new tools to produce blogs were built, they started to replicate more from content management solutions, and people were talking about blogs as journalism. The format really elongated and people started writing longer and longer and longer blog posts, until the whole idea of blogging was writing a gigantic essay.
But it didn’t start that way; it started as usually a little thing, like, “I went to this party and here’s a picture,” or “I read this article and it was good.” So I think it’s funny that ten years later it’s almost come full circle, and what Ev is doing with Twitter has a lot of similarity to what we started doing with Blogger! But it has kind of evolved.
I think blogging will always have a place in the web eco-system because it makes it easy for people to publish online. And Twitter and Facebook and some of these other newer tools are more about connecting and maybe having smaller, private conversations or following other people’s conversations.
But blogs are still a powerful way for you to publish yourself, and if you have any interest in writing about something that you’re passionate about, not even because you want to be a journalist but because you’re really knowledgeable about a specific type of historical thing and it’s your passion and you want to write it about some kind of series of ships that were used in the Navy in 1820, you know, nobody is going to stop you. You can create a great blog all about that or if you’re into knitting and you want to connect with other knitters, it’s still the means to publish to the web and find other people with similar interests around the world. And that need is never going to go away. That’s one of the things that makes the web fantastic.

HK: I’m sick of the current landscape of blog that there’s the equation successful web = popular, advertising power, and money. Do you think there will be an alternative way to earn money online?

MH: I hope so. I think there should be, because if you think about Google when Google launched and it was just search, people were saying, “How are they going to make money, what are they going to do?” And then they figured out, through the data and information they had going through their system, a way to offer value when they were presenting search through their TextAds. So I’m hopeful that new systems and new ways of looking at how people are using the web can lead to new business models.
For example, Twitter obviously could just put ads on the pages because there’s millions of people going to the website and they could see these ads. But Twitter also has all sorts of interesting data flowing through their system, whether it’s what people are writing about, or what words they’re using, or which authors they’re responding to or re-tweeting, or who’s a very popular Twitterer. Like is it a famous person? Or is it this person who for some reason is getting a lot of traffic?
So there’s a lot of information built into that system. If there’s some way to put a business model around that, whether you’re selling access to that real time information — maybe you’re not putting ads on it, maybe big corporations pay you to get a window into the flow of traffic to see when their brands are being mentioned, or something like that. You know, there are all these things…if all this information is going around, there have to be other ways to do things with it than simply just stick an ad on it and show it to everyone. At least that’s my hope. So, I’m hoping that as the web evolves, as these new sites develop, and new ways of using the web evolve, new models to support those sites will develop as well.

HK: Thank you for your insightful opinion. The time has moved on, so as a final question I’d like to ask you your advice to achieve success in general life.

Haegwan Kim is a writer who was born in Osaka, Japan in 1989 and grew up near Tokyo where went to a Korean school for 12 years.
Read More Share
Burning Man to Get Away from Commercialism
Hooky Time