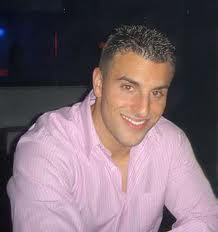 Haegwan Kim: As my research is on the law of success, I’m wondering about your definition of success.

Brian Chesky: I guess my definition of success is achieving something that we set out for, achieving a goal.

HK: Okay, cool. Was Airbnb one of your goals?

HK: Do you travel a lot?

BC: Okay, I travel around the world if I get the opportunity. As a founder of a company, there’s a lot of responsibility here, so we’re hiring, we’re doing lots of things, so I can’t just go to Europe right now. I have seven people going to Europe this week to travel; I’d love to join them, and I’m actually very happy to be here as well, because there’s so much that has to get done. We’re just moving into our new office, so I get my own mini adventure here in San Francisco. I will travel at various times of the year, and when I do, of course, I use Airbnb, but even when I’m not traveling I’m basically living at Airbnb.

HK: Cool. Can I ask your opinion on the key element to be a successful entrepreneur?

BC: I haven’t organized my thoughts around that… I think there’s a number of things. Number one, you need to solve your own problem, make something to solve your own problem, that’s what I think. I think a lot of people were looking at trends, at what’s popular; I mean if that’s the problem you’re solving, that’s great, but if you’re just doing it because you’re reading about other people doing it, it might not be the best opportunity. Make something for yourself. Solve your own problem and hope that you’re representative enough of a large enough market for this to become a larger business.
Number two, have an excellent partner or co-founders, and that’s so important. That’s more important than solving your own problem or the idea. The first thing you should do is find your co-founder and then try to solve a problem for both of you. Finding a great co-founder… somebody, it’s like being married.
Finding your co-founders is probably very similar to finding a wife. In fact you’re probably going to spend more time with your co-founder than your wife.

HK: You said solving your problem is one of the important things. So can you tell me your opinion on how to find or how to recognize the problem?

BC: That’s actually a really good question. How do you recognize a problem to solve. I think it’s being very observant. I think every day there are things that you do that are kind of inconvenient and the problem is, your hair does not have to be on fire, but it could be. But the key is that maybe it’s inconvenient for you and maybe for millions of other people, actually their hair is on fire. So for us, our hair wasn’t on fire; it was inconvenient.
Inconvenient, I’ve got to be able to figure out a way to pay my rent. You could almost argue my hair is on fire, but I’ll tell you whose hair is on fire, the family who can’t pay their mortgage, they can’t support their family, their hair is on fire. So, I would just be very observant and identify just things that are inconvenient, and we’ll actually write down ideas and put them on post-it notes or write them on a piece of paper and put them on the wall if you have different ideas. And something that you can imagine addressing is very simple. So if you have a problem, everyday things are great.

HK: What do you want to do through Airbnb? I mean, eventually.

HK: That’s really amazing. The final question, can you give me your advice on how to achieve success in general life?

BC: Right, there’s an overarching principle to all this. There are different names for it. I guess the best word might be persistence. Paul Graham from Y Combinator calls it being relentlessly resourceful. Some people say it’s like never giving up, or being super passionate, living and breathing; I don’t know the best words, but being persistent is adequate.
Let me give you an example. Oftentimes people who are the most successful are the people how just kept going, especially in business, and maybe in life as well. You’re the most persistent, you focus and you just kept doing it. With Airbnb, what really made the difference for us was we kept doing it; we just kept going, and kept going, and kept going. And month after month property by property we built this business, but we struggled for months, even, you could argue, years.
I think I had 15 grand in credit card debt at one point, and I didn’t even know if I was ever going to get out right, and I was like doubling down and it was pretty drastic because it was stuff we took. But I guess what I did, we literally burned our bridges, burned the ships, you know the whole story the captain takes the ship to an island, the troops get off the ship… they have a wooden ship, he burns the ship and he basically says, now there’s no way out, you have to conquer this island. You have no ship to go back.
I’d essentially done that when I came to Los Angeles. You know I’d burned all bridges, all ships; I had no way to get back. I was now stuck in this place and I just kept focusing on, not my circumstances, but where we want to go; it’s all we would do. No matter how bad things got, I’d wake up in the morning knowing I had no money to buy food and nothing; I didn’t want to ask people for money, but I didn’t know how we were going to keep going. We couldn’t get investors, and by the way you know when we tried to get money, October, 2008, when this economy just went doooooom and then we’re trying to raise money; noone even thinks of investing anymore at that point.
It was like a Doomsday scenario for everyone. Everyone was very nervous and very scared and we’re trying to figure out how to survive. There were a lot of challenges back then and we just kept going. I think persistence comes from a ton of guts and mostly it’s focusing on the future; focusing on where you’re trying to go, not taking your eye off that. I think we’re successful because we had an idea where we were going and we just focusing on it until we got there.

Haegwan Kim is a writer who was born in Osaka, Japan in 1989 and grew up near Tokyo where went to a Korean school for 12 years.
Read More Share
Best Frites in Brussels
The Most Romantic Places in Pakistan