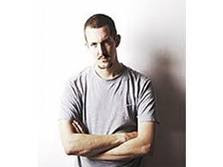 Haegwan Kim: Your professional engagement as a journalist widely expands to business to technology to foreign affairs. How does this happen?

Ben Hammersley: Well, I think really the reason I do so many things is because I’m very easily involved. I don’t think it’s necessarily a good idea.

HK: [Laugh] What was the beginning of the expansion?

BH: Well, the beginning… when I started off, I was a technology journalist, when I was 21, and I wanted to be a foreign correspondent. I wanted to be a war correspondent, really. But because I knew about the Internet and I knew about computers, and that was a job that I could do, and it was a job that was offered to me. So, I took that, and it was very good planning, because I was internet correspondent for The Times newspaper in London during 1997, ’98, ’99, 2000, which was a very important time, and the beginning of the Internet. It was really the birth of the modern Internet. I was very privileged, really, being a reporter working in this field at that time.

I always really wanted to be a war correspondent, and so as many times as I could I would try and get stories which were technology stories, but which were based in dangerous countries. Well, for the first time I went to Afghanistan was to do a story about internet cafes in trouble, and I did a story in Iran about the place of the Internet in Iranian society. That started me off traveling to dangerous places, and as I grew more confident in doing that, then I also started to send myself to places like Burma and Pakistan, where I ran this big story, which weren’t technology-related, which were proper foreign news.

Doing that really showed the philosophy that I’ve had for a long time, which is the point of view that nobody is really ever going to ask you to do something.

HK: As you’ve been to Afghanistan, Iran and those dangerous countries, have you seen the difference between what media saying and the real?

BH: Not only those countries, every country is misunderstood to be honest.

HK: So, as you say, we have to go there to see what is real?

BH: Yes. You have to go and you have to meet these people. You have to meet the people. Afghanistan is a very good example of this. I love that country. I think it’s a fantastic country, and pretty much every Afghan I’ve ever met has been fantastic. They’re really, really nice people. The same with Iran. I was in Iran the day that George Bush gave his axis of evil speech, where he said that Iran was a member of the axis of evil. And I was staying in Tehran that day. It was very strange, because, I don’t know, they were really nice guys. Maybe this is one of the things that the Internet also provides us. It provides us with the ability to understand each other on any individual basis, to talk to each other as individuals, rather than country against country, or national group against national group.

HK: As I travel a lot, I really agree with you. I strongly agree. As you are the editor-at-large of Wired UK magazine, I’m just wondering about where the media is going to?

HK: Can I ask your definition of success?

HK: That’s a really interesting answer. So, you don’t know whether you’re successful or not?

BH: No, definitely not.

HK: Then if you have no metric to measure success, you don’t know whether Bill Gates is successful or not?

BH: I know if Bill Gates was successful. I can see when other people are successful but…

HK: But you don’t know whether you’re successful. You personally don’t know your definition, right?

BH: My personal definition, yes exactly, yes… that’s exactly right…. I can see when other people are successful in their own fields, of course. But the question is, what is my definition of success? At the moment I don’t really have one, and that’s obviously a problem. Because it’s difficult to know when you’re finished at night. It’s difficult to know how many things you have to do. I’ve done an awful lot of things the past ten years, it’s true, I have.

HK: Is money important for you to achieve success?

BH: Maybe. Yes, I think it’s probably not improvement rather than money. In fact at the moment I’m actively trying to get rid of most of my possessions. I’m finding owning things can be quite stressful, actually. So I’m not judging success by the amount of stuff that I have. I’m not doing that. I’m certainly not doing that.

HK: Can you give me your advice to be a good journalist?

BH: Make sure you’re really good at your job, otherwise you’re in trouble. I don’t know about advice for journalists, but my advice to, I would say to everybody is, use David Allen’s Getting Things Done methodology. The GTD methodology and I know an awful lot of people have thought about this. All sorts of people shape it as being very important to them and I would happily reiterate that. I think for me, just having a system into which I can fit all of the stuff that I do, has been incredibly, incredibly important. That’s the most important thing that I’ve learned in the past ten years, absolutely.

So, I’d recommend, if there was a little piece of advice, invariably its go and buy that book and do that. But in terms of career advice, no, there’s nothing else. I guess the final thing is, always leave yourself with more options. If you’re making a decision which is cutting down on a number of options that you have, that’s quite dangerous. I think if you make a decision that leaves you with more options at the end, whether that means going to school or not going to school, or taking a job or not taking a job, or whatever it is, then that’s important. You have to be quite careful with leaving yourself more options.

Haegwan Kim is a writer who was born in Osaka, Japan in 1989 and grew up near Tokyo where went to a Korean school for 12 years.
Read More Share
Celosia: Nature’s Prettiest Vegetable
All the Tea in China