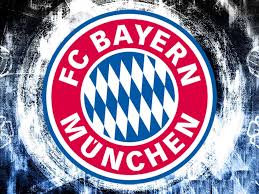 The football club FC Bayern Munich has some exciting news – and it’s not just that they’re still in the running for a place in the champions league final. They have taken on board a new sponsor, and not just an average commercial partner. Yingli Green Energy, China’s biggest photovoltaic maker, is the club’s new partner. As part of the sponsorship deal, Yingli gets marketing rights, advertising, PR assistance and are allowed to sell their solar panels in the FCB fan shops.

This deal is so exciting because it’s bringing renewable energy into the forefront through a major European Football Club. Yingli first experimented with the idea of advertising to the football market during the 2010 World Cup in South Africa where they became the first renewable energy company in the world to sponsor such an event. After apparent success at the World Cup, they have looked to FC Bayern Munich to find a more permanent place in view of football fans.

For Bayern Munich to have Yingli as a sponsor will not only increase people’s awareness of renewable energy, but it could mean big changes for the club. For example, Bayern Munich could start powering their stadium and training facilities with solar energy. Moreover, they could offer discounts to fans for any wanting to install solar panels at home.

In a way, the partnership between Yingli and Bayern Munich has a similar feel to UNICEF and FC Barcelona’s deal in 2006. FC Barcelona took UNICEF onboard as a sponsor, not for revenue from advertising, (FC Barcelona actually paid UNICEF 1.5 million euros a year) but rather to demonstrate the club’s commitment to supporting international aid efforts and increase awareness and exposure for UNICEF. It’s advertising for good.

Whether you’re a football fan or not, this is a pretty cool way of bringing solar energy into the forefront, and with any luck, it won’t be the last time we see a deal like this.

Ps- Feeling inspired? Check out different ways you can plug in to better electricity.

Katherine is football mad. She is a loyal supporter of Arsenal FC, plays for Islington Borough Ladies FC and coaches for Gunners in Islington in her spare time. Her second favourite hobby is kite surfing and she can sometimes be found chasing the wind.
Read More Share
We Can Monitor the Zeitgeist of Humanity With New Media Technologies
Pandora’s Tim Westergren Shares Lessons Learned