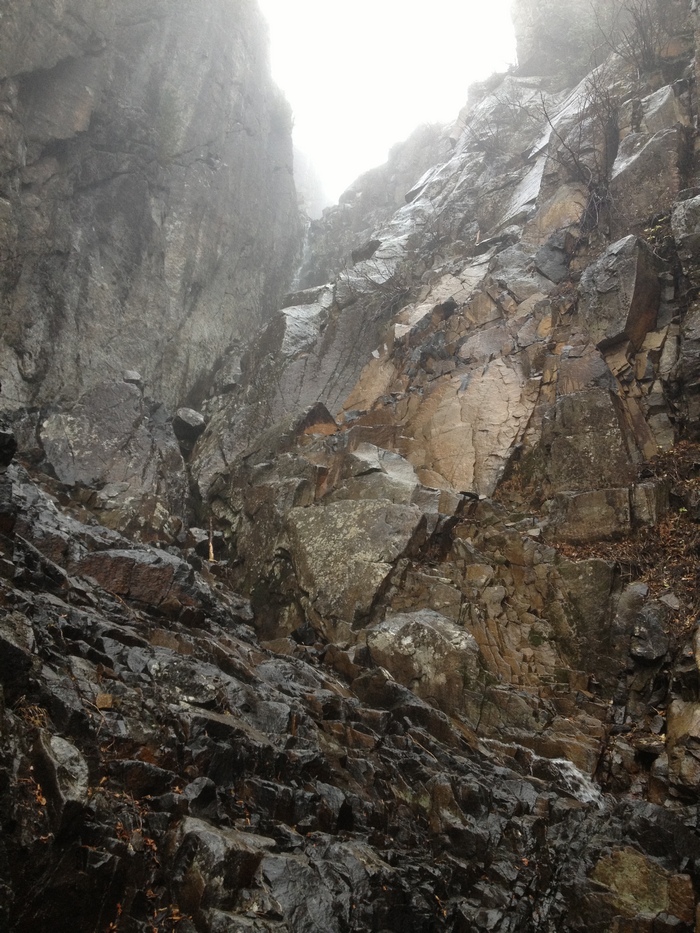 On October 29, 2012, when most New Yorkers were staying home and bracing themselves during Hurricane Sandy, I decided to go hiking in New York’s Adirondacks. And not just to do a leisurely stroll, but rather to take on one of America’s toughest hike: the Trap Dike by Mt. Colden.

What is the Trap Dike by Mt. Colden?

The Trap Dike (sometimes misspelled as “Dyke”) is an off-trail way to hike/climb from Avalanche Lake to the summit of Mt. Colden. It requires minor climbing. Although climbing gear and rope is not required, it is quite steep and exposed.

Video of the Trap Dike

How long does it take to hike the Trap Dike?

Assuming you’re starting from the Adirondak Loj (i.e., the nearest parking lot), then you should expect that the whole loop (including the Trap Dike portion) should take 7 to 11 hours. If it’s raining or there’s a tropical storm while you’re hiking (like there was in my case), then you should expect the slick, slippery rock to slow you down. The tough part of the hike (the Trap Dike to the summit of Mt. Colden) takes 2-3 hours. The rest of the hike is straightforward hiking.

Do you need rope to hike the Trap Dike?

I don’t think rope is necessary, but it can’t hurt.

Where can I find a map of the Trap Dike?

The “You are here” is pointing to the Adirondak Loj, which is next to Heart Lake and is near the start of the trail. Mouse over the map for a close up. Or download the map. 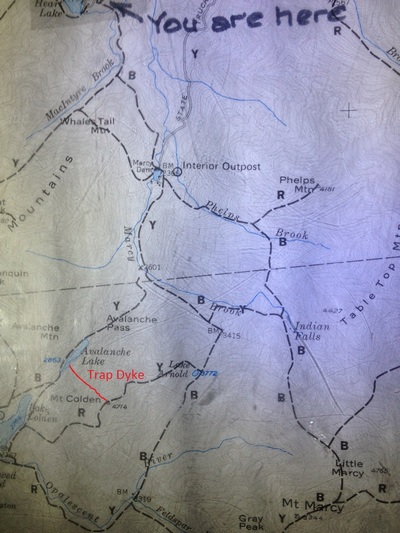 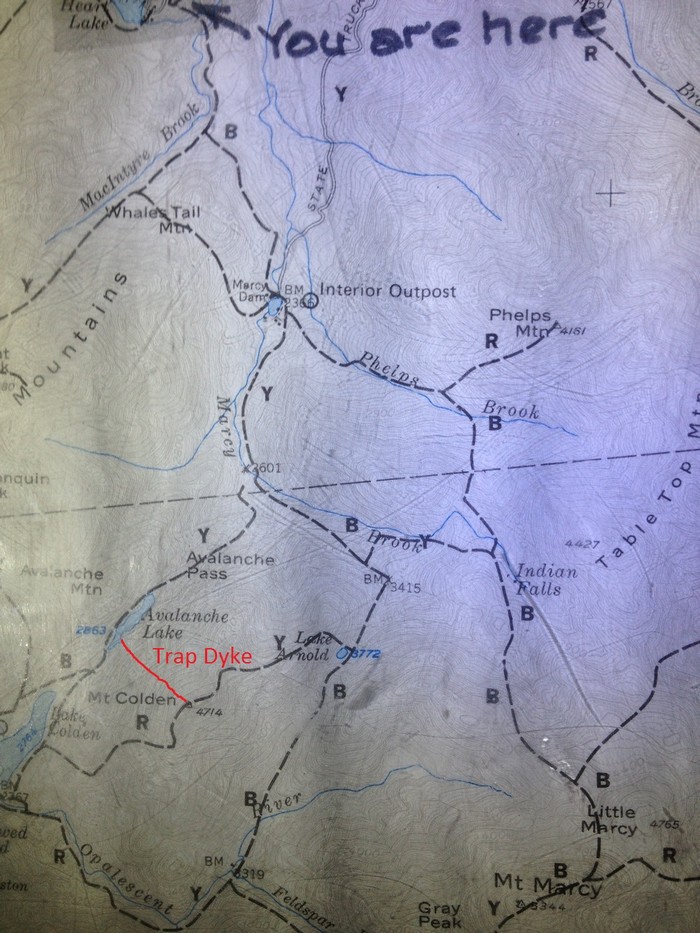 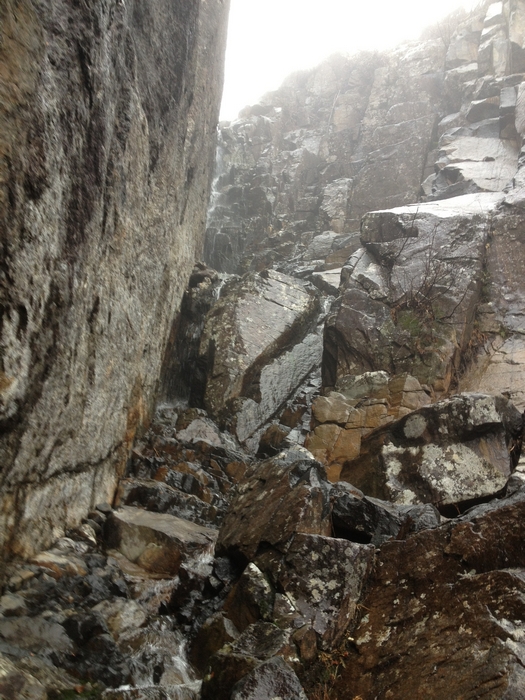 Above: Follow the waterfall up through the dike. Just don’t do it during a tropical storm.

How do you get to the Trap Dike

First, you have to get to the Adirondacks in New York.

Second, drive to the Adirondak Loj and pay their $10 parking fee (it can be done after hours at a self-registration station).

Third, hike toward Marcy Dam. And eventually get to the southwest corner of Avalanche Lake.

Francis has written a couple of travel books including The Hidden Europe: What Eastern Europeans Can Teach Us and Hike Your Own Hike: 7 Life Lessons from Backpacking Across America. He also produced a 77-minute video about his CDT Yo-Yo.
Read More Share
The Culture & History Behind The Day of the Dead Festival
The Dominican Hotel in Downtown Brussels