Northern Pakistan is quite popular among adventure tourists around the world. Gilgit-Baltistan is settled between the western tail of Karakoram Range, the Hindu Kush mountains and the Himalayas. The region has world’s 18 highest peaks out of 50, including the second highest, K2 (8.611 meters) and the ninth highest, Nanga Parbat (8,125 meters).  Mountaineers are attracted to North of Pakistan because of the challenging terrain of the mountains.

Nanga Parbat got the gruesome nickname, Killer Mountain, after the deaths of thirty mountaineers who tried to climb it before it was successfully conquered in 1953 by Hermann Buhl. For 30 years mountaineers made futile attempts to scale the peak in the months of winter. 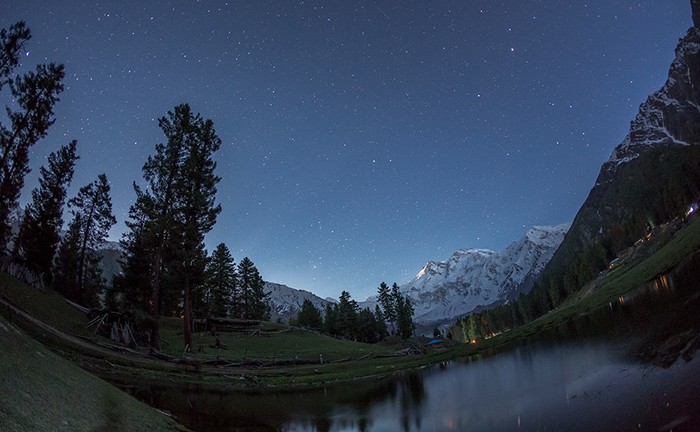 How to get there?

Nanga Parbat has a ridge which is a combination rock and ice — a mountaineer’s worst nightmare. The mountain has three faces, all of which can be used to scale the mountain. However, all three of them have their own challenges.

These northern areas can be easily accessed through the capital city, Islamabad. From there you have a number of options to plan your trip. If you mean strictly business then you can start of your journey as soon as you feel like it. Generally, there are various tour operators who have designed itineraries in a way that will prove to be most time effective. The added bonus is that they will know their way around the area. However, if you want to travel solo, worry not! The people of the region are extremely helpful and friendly. You may face language barrier in the north because not many people speak English fluently.

You can take the following route:

It should not take you more than a week to take you to Diamir Base Camp to Islamabad.

The cost of reaching there depends on the method you adopt. If you are going with a tour company it should not cost you more than $2,500. Do keep in mind this cost does not include international travel fare. It will take you to the base camp and back to Islamabad. Generally the cost will include the following: On February, 26, 2016, three of the four persistent mountaineers were successful to reach the summit. Climbers included Ali Sadpara from Pakistan, Simone Moro from Italy and Alex Txikon from Spain. The fourth climber, Tamara Lunger, had to stop the ascent couple of meters beneath the summit.

At least four teams consisting of international mountaineers decided to scale the peak at the start of the year. Unfortunately not all of them got the chance to scale the mountain.

Simone and Tamara, on the other hand, stayed back and waited patiently for the weather to calm down.Shortly after the weather cleared the duo picked their climbing gear including tools, which can be as sharp as a Japanese Hocho Hamono knife, which have been commonly used to climb mountains, for example; to thaw snow with. Initially, they had wanted to take up the Messner-2000 route but after some discussions and mutual understanding they decided to take the more known Kinshofer route. They were joined by Alex on that route. Some credibility issues arose initially because it was reported that the GPS tracker the foursome were using stopped providing real time location just meters before the summit.

The mountaineers who conquered the Killer Mountain in the winter All four mountaineers are extremely well accomplished. Climbing mountains is not just a hobby for them- it is a way of life. Here are some facts about each individual:

–   ­Muhammad Ali Sadpara belongs to Sadpara village, Sakardu, Pakistan. He started off as a low altitude porter in 2000 to earn a living. However, in 2004 he joined as a high altitude porter for a K2 expedition and realized how much he enjoyed it. His first eight-thousand peaks was Gasherbrum II in 2006. He has climbed Nanga Parbat twice (2008 and 2009).

–   Simone Moro is an Italian alpinist. He is the only climber to have scaled four 8000 meter peaks in the winter season. The peaks include Shisha Pangma (8,027 m), Makalu (8,463 m), Gasherbrum II, Nanga Parbat.

–   Alex Txikson was inspired by his brother to mountaineering when he was only three years old. He was only 21 years old when he first reached an 8000m peak- Broad Peak (8,051m).

–   Tamara Lunger is an Italian mountaineering who started climbing mountains at a very young age. Her first high altitude peak was Island Peak (6189 m) in 2009. She successfully climbed K2, without oxygen, in 2014.

Francis has written a couple of travel books including The Hidden Europe: What Eastern Europeans Can Teach Us and Hike Your Own Hike: 7 Life Lessons from Backpacking Across America. He also produced a 77-minute video about his CDT Yo-Yo.
Read More Share
Top 20 To-Do List for Kaliningrad City
Anti-Aging Technology For Youthful Looking Skin With Osmotics Cosmeceuticals