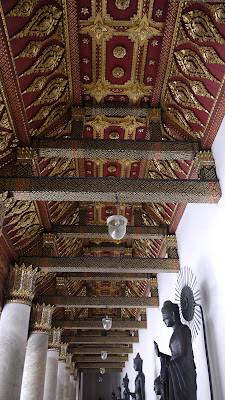 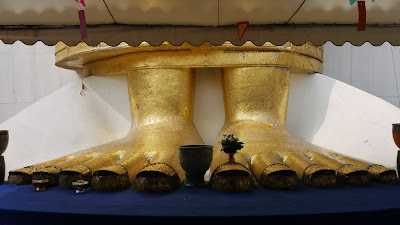 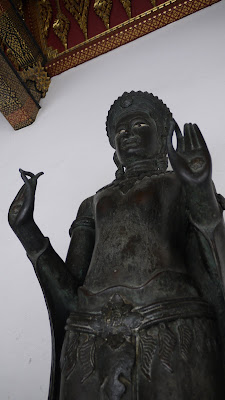 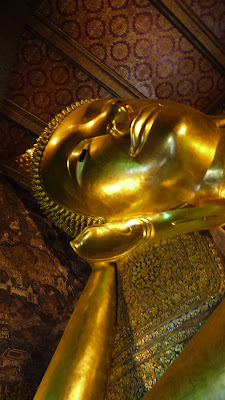 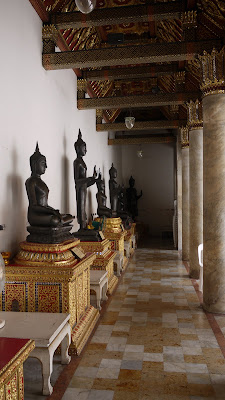 I just spent 2 lovely (and kind of crazy) weeks on Koh Phangan, a Thai island. The energy there was strong. I thought I would be relaxing on the beach with some friends, but little did I know, we ended up spending many nights dancing til the sun came up. I think I’ve had my dose of that for a long while and am happy to be in India now.

But before I go into my India love. I must tell this story. I arrived in Bangkok the day before my departure to India. I wanted to wander a bit, see some temples, do the tourist thing (for a few hours at least). Just outside my guesthouse, a tuk-tuk (rickshaw) driver was sitting, I went up to him to discuss.. And out of nowhere a man came up and started talking all about Buddha week and how lucky it was to be here etc..

He asked if I had a map. I did. So I gave it to him. It was perfect because I didn’t really know where I wanted to go. He started numbering places on the map. First go here, from there go here and so on.. He marked several places which would add up to a nice day of touring. Perfect and all for $1 in the rickshaw. Wow. How could that be?? Only $1 for being driven around all day. I was a bit skeptical of this good news, but I went with the flow and knew if the energy shifted I could jump out. So.. first stop, Big Buddha. There is a huge standing Buddha just around the corner from my guesthouse.. and it’s not on the map. It was beautiful. Second stop.. Thai export showroom, this is where the glitch in the plan came, but it was fine. During this Buddha week, there are all these showrooms open and everyone can buy high quality jewelry and not have to pay tax. Plus the drivers get a coupon and make money taking people, like me to these places. It didn’t bother me, I thought it would be fun to look at the jewelry, it was ok. Totally not my style, but nice to look at. Next stop black Buddha, this was my favorite temple. It was serene and surrounded by many black Buddha’s, each Buddha was sitting in a different position representing something auspicious. I felt calm and excited at the same time. It was absolutely gorgeous. Next stop the Lucky Buddha.

Now this was amazing. It is only open to the public one day a year and it just happened to be the day I was there. It was non-descript and definitely not all fancy like all the other temples, there was only one man there, praying for good luck to his family. He spoke for a while telling me how lucky I am to be here today and that tourists never come here. I gave Buddha a little bow and did some prayers for myself and others and spoke to the man for a bit. He explained the subsidized driving and the export expo and Buddha week. He kept saying you are so lucky!

It’s true, I am a very lucky person. Go with the flow and let the feeling take me. That’s what I like to do. Traveling expands my being and I feel so lucky.. so very very lucky!

Samia Shalabi is a Seattle based artist & designer, yogi and traveler who has roots in the Middle-East, was raised in the middle-west and is drawn to India. She has a degree in geology, has traveled all over the world with a backpack, and believes in following her dreams. Samia does yoga most mornings, enjoys walks around Seattle, loves to laugh, and daydreams about where to travel next. She is working on a movie shoot in France.
Read More Share
Mixology & Tulleeho: Book of Cocktails, Indian Style
Touched By A Mountain Gorilla