The traffic signal turned red and the drivers, who were desperately accelerating to get through that, stopped their cars. A main boulevard of Lahore – that was surrounded by a few people who were gathering outside a factory – was blocked by them. The mob consisted of women, men and children who were vigorously chanting the slogans. It was one of the hottest days of summer and the gentlemen were waiting dreadfully for the clearance of road. The people who never criticize the usual VIP protocol seemed so offended when those few workers had blocked their way. However, the children, sitting in those cool cars, were curiously watching that crowd. A kid innocently asked her mother, ‘Mom, why are they wearing and holding red fabrics? Is it color day today?’ She was one of those thousands of kids who are merely taught grammar in schools, the “So Cools” which prefer language over everything else, including humanity ––– That was May 1st, 2010. 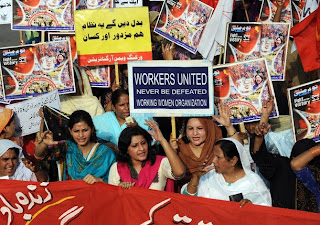 It has been a year! But the story is older than that! The story is more than a hundred years old. But this story, unlike the fairy tales, has never been told to our well-mannered children. That was a similar day of May in 1886 when the oppressed workers were gathering at the Haymarket square of Chicago. Those hunger-stricken, frail workers were demonstrating peacefully, demanding for basic human rights and against working for more than 8 hours per day. They were holding white flags to depict peace. Until, the state police force violently opened fire, killing several peaceful demonstrators. They fell down one by one and their blood painted the white flags red. Since that day, their sacrifice became a metaphor for all the oppressed people of the world who are still following their footsteps, continuing the struggle for their rights. They are still holding the red flag which is getter redder with their sweat and blood. The exploitation hasn’t stopped yet, neither the struggle. 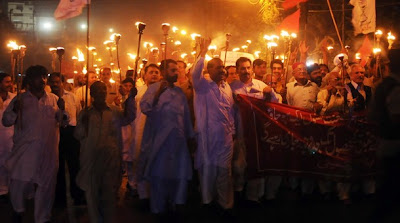 Life is not so ideal in this ‘global village’ we live in. The workers face the same ancient and vicious circle of exploitation around the world. The word ‘poverty’ –which sounds so clichéd – is still the biggest problem . According to UNICEF, 22,000 children die each day due to poverty. And they “die quietly in some of the poorest villages on earth, far removed from the scrutiny and the conscience of the world. Being meek and weak in life makes these dying multitudes even more invisible in death”. Less than one per cent of what the world spent every year on weapons was needed to put every child into school by the year 2000 and yet it didn’t happen. Every year six million children die from malnutrition before their fifth birthday. More precisely, one third of deaths – some 18 million people a year – are caused by poverty. According to another research, Americans spend $ 8 billion a year on cosmetics — $2 billion more than the estimated annual total needed to provide basic education for everyone in the world. 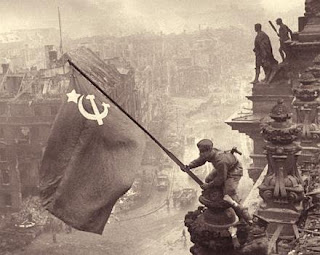 So the world is still not the ideal place to live in for most of the people! Their struggle is carried forward in every era by the vanguard of revolutionaries who sacrifice their own lives for the cause. Bhagat Singh was hanged for the same cause for which Che Guevera and Hassan Nasir gave their lives for in another time, another space but for the same cause of the liberation of mankind. The people who wear Guevara on their costly attire should know the reason why a medical doctor became a martyr! I have realized that reason and I shall join the crying oppressed people of our country this May Day! But I can’t do it alone. Each one of you will have to come and join in. So if they kill me- kill us – you come forward, hold our flags and move on till the day when the life would be a beautiful dream for everyone.

He writes about culture and heritage of South Asia, particularly Pakistan. He advocates rich culture of this land and tries to explore facts. Recently he was given an award from the Federal Ministry of Population Welfare for his article on population crises. Writers Guild also awarded him a Medal of excellence for his work.
Read More Share
British Airways and The Idiot Tax
Celebrating Beijing’s Grit