The history of Rawalpindi is a scattered one spread across a vast area. Rawalpindi, commonly known as Pindi, is a city in the Pothohar region of Pakistan. Rawalpindi is only located 9 miles from the city of Islamabad, in the province of Punjab. To draw a complete picture of our history, one has to collect the scattered pieces and put them together. 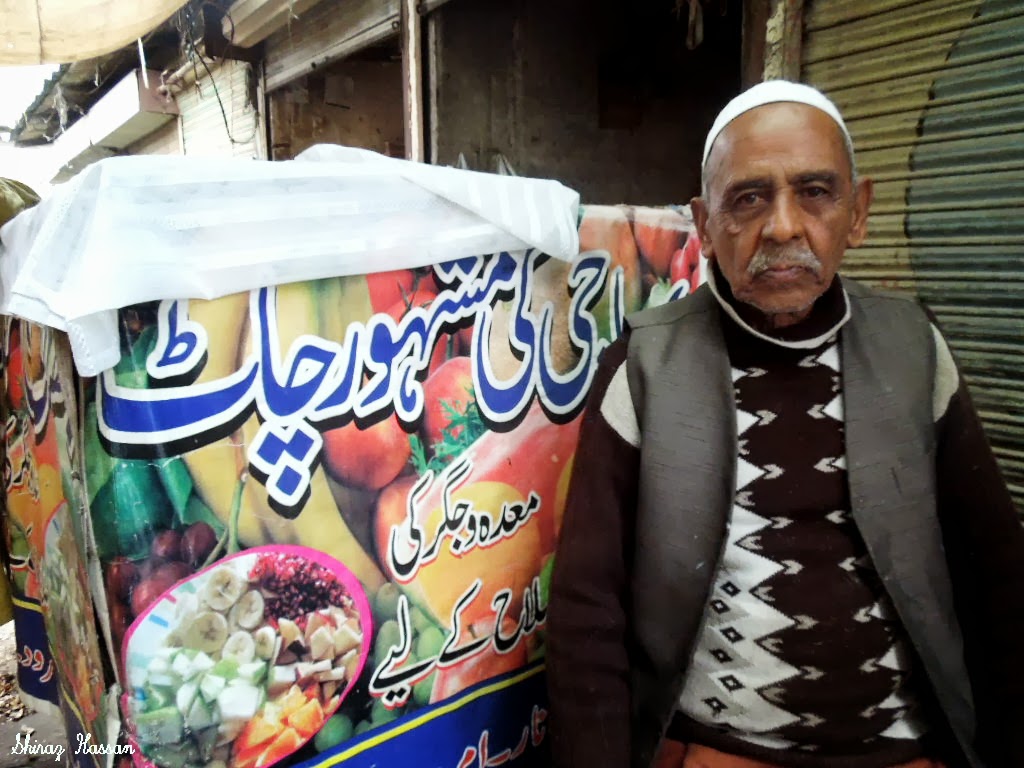 Most of us know that Rawalpindi was used as a convenient route by the invaders coming from North Western regions and later British Army used the city as one of the most important cantonments in North Western region of British India in the days of The Great Game.
Before the Partition, Rawalpindi was an urban center mainly populated with Hindus and Sikhs. Even today, one can see the old remnants of their existence in the old areas of the city in the form of houses, abandoned temples and gurdwaras.
However, during the last 60 years post partition, the city has undergone a lot of changes. The Hindu and Sikh population migrated to India in 1947 and the city provided shelter to the Muslim migrants from Punjab, Delhi and Uttar Pradesh.
The city of Rawalpindi, home to several Hindu temples and Sikh Gurdwaras, was also renowned for some other historic landmarks, be a Dhobi Ghaat, a Haveli or a public space. With the passage of time and the increase in population the demography of the city changed gradually. Most of the old and historic places fell victim to the advent of modernization and gave way to countless commercial buildings, markets and concrete matchbox structures.
Mai Veero di Banni (The Abode of Lady Veero) is one such victim. 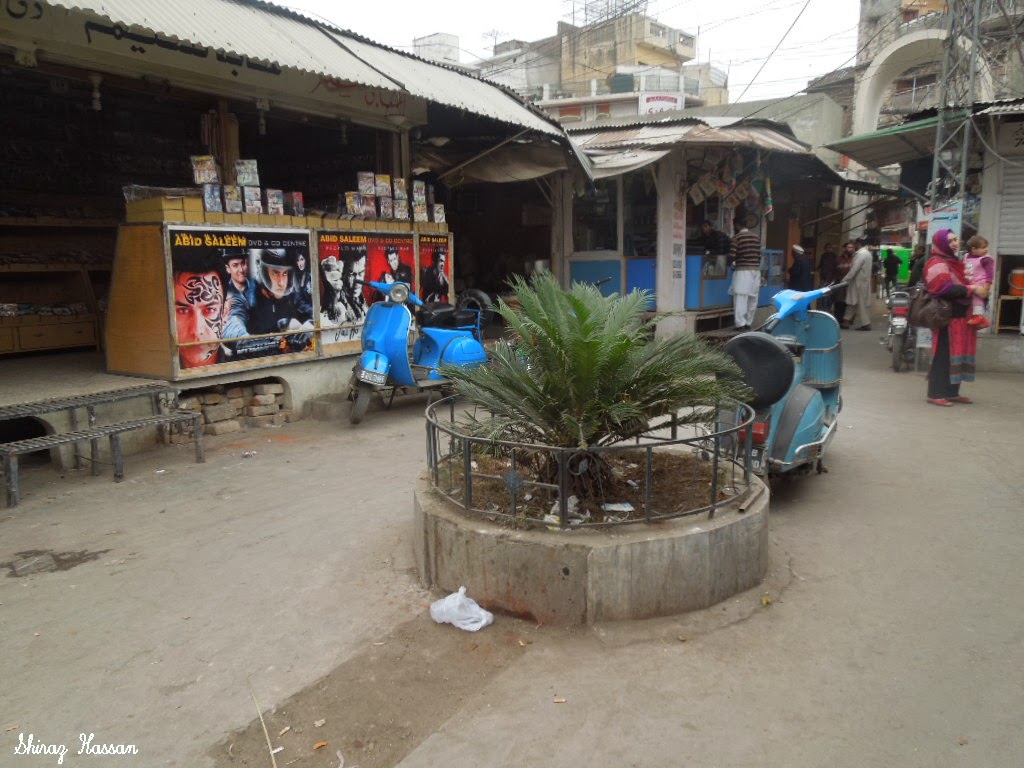 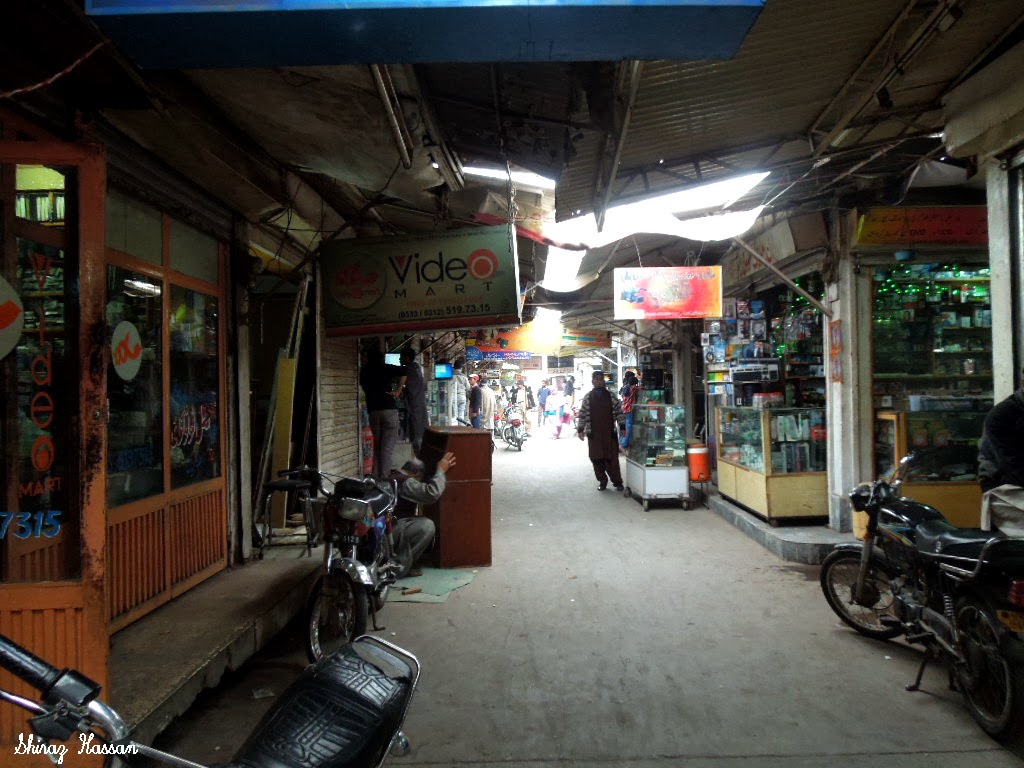 It is said that Mai Veero was an aged Hindu lady, who was saintly in her behavior others and respected among the masses. Banni Mai Veero was built by her, for the benefit of the people where they could bathe, swim and rest and freshen up. It was a sort of a gathering spot, much like the Greek Agora, for the public in the very heart of the city. The water source of the pool was from a clean water stream nearby (an area on the opposite side known as Kartarpura).
Some old residents of Rawalpindi say that the area around Banni Mai Veero was densely populated by Khatri Hindus. 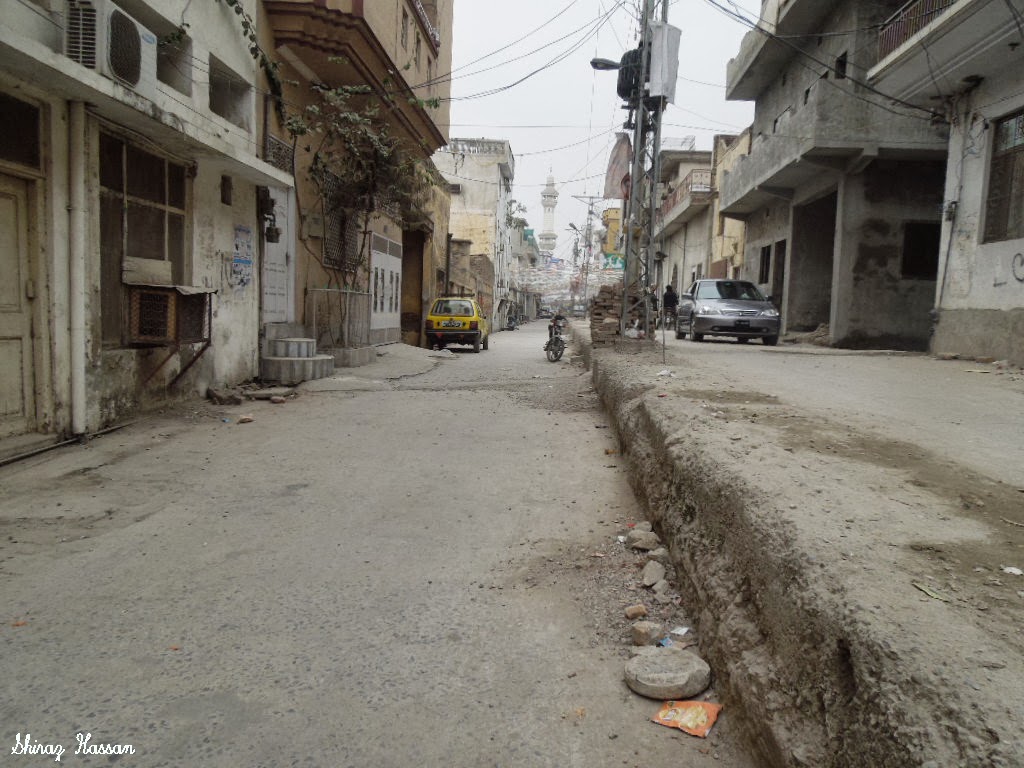 While hunting for Banni Mai Veero I managed to reach the exact spot where the pool once had been. Today, it is a market housing video shops. I met the president of the market who, on my request introduced me to the oldest living person of the area.
That is how I met Muhammad Ilyas, popular in the area as Bhiyya ji, a Fruit-Chaat seller in this market.
Born in Ambala Cantonment area (now in Indian Punjab) in 1936, Muahmmad Ilyas migrated to Rawalpindi in 1947 along with his family.
“I remember it very clearly; there was a pool here, I used to take bath and swim in it” says Ilyas.
“When we came from Ambala we lived in Bazaar Talwaraan, near Raja Bazaar” he added. He goes on to further narrate that one of his elder brothers was a government employee working in the Railways and other had a shop of shoes in Ambala.“I also worked for the Pakistan Railways as porter after partition, for some 20 years” Muhammad Ilyas tells me while showing his old employee’s identity card. 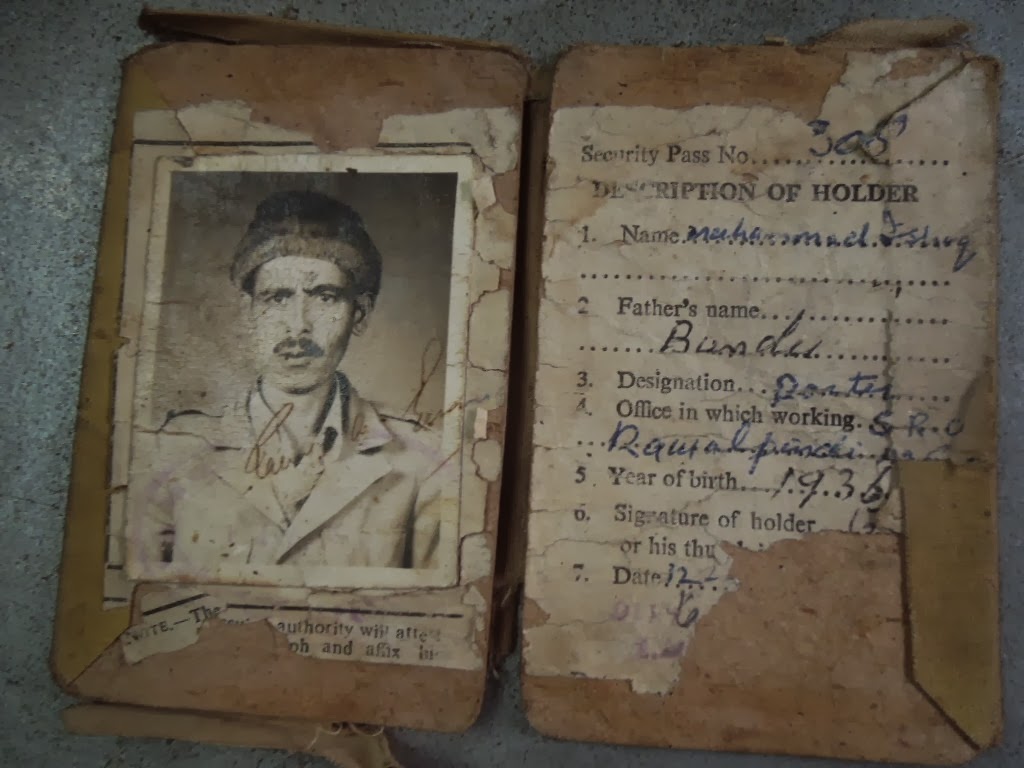 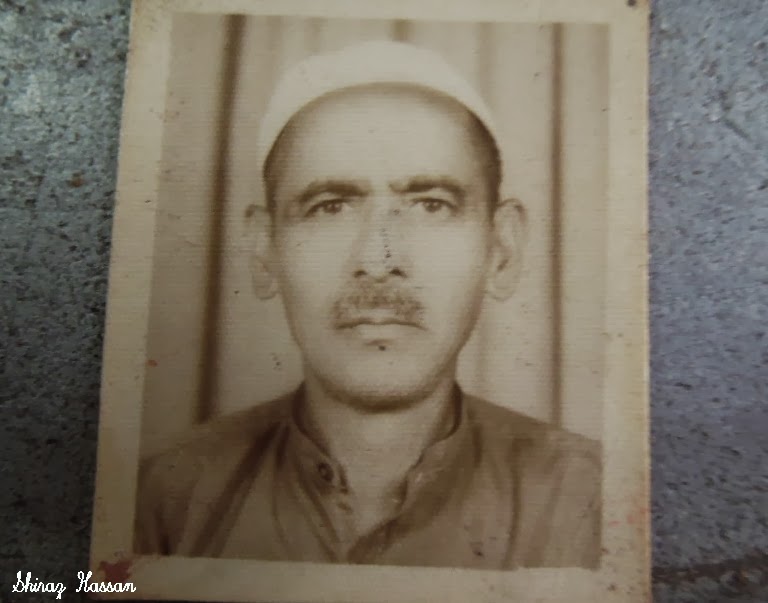 Initially, Ilyas started his Fruit Chaat business in Raja bazaar, as a part time engagement later shifting his shop to the newly built market where the government allotted stalls to the street vendors. This market, he adds, was built in 1980s right on the same spot where the pool of Banni Mai Veero’s once had been.
Needless to say, today there are no traces of any pool anywhere near the market that was built in 1982 and inaugurated on May 5, 1982.  The market has more than one hundred shops, most of them selling CDs and DVDs and a few repairing shops for electronic appliances.
So, what happened to the pool? Muhammad Ilyas recalls confidently that back when the pool did exist, the water had been clean and fresh, there had been stairs on all sides of the pool. People used to take bath and women washed clothes there. There were even fresh water fish in water!
Unfortunately people eventually started polluting it. The link to the stream that was the source of the water to the pool was cut off; new houses were built and the pool slowly dried up. It did not take much time for the locals to turn the place into a garbage dump.
Probably that was how Mai Veero di Banni made a silent exit from the history of Rawalpindi.
Much later, the city district government planned to use this place for commercial purposes and built the market in 1982. But the businesses that initially set up shop here didn’t really flourish. It was only in the late 80’s when the VCR culture was “exported” to Pakistan (mostly by the overseas Pakistanis in Middle East) the market gradually became the hub for VCR and video films, as there was a huge demand for VCR and Indian film VCD rentals.
The main square outside the “video market” still goes by the name of “Banni chowk”, though some people tried their best to change its name to “Sunni Chowk” (Why Sunni Chowk? Because the main procession of Ashura Juloos ends here with Zanjeer-zani: hope you will get the hint). 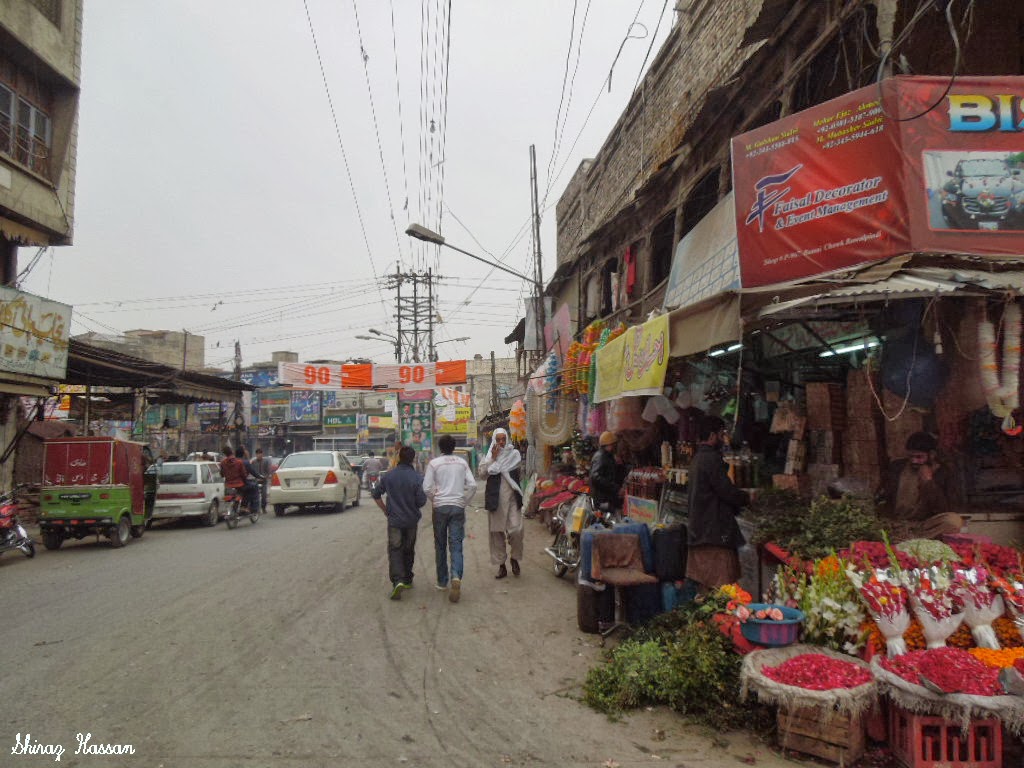 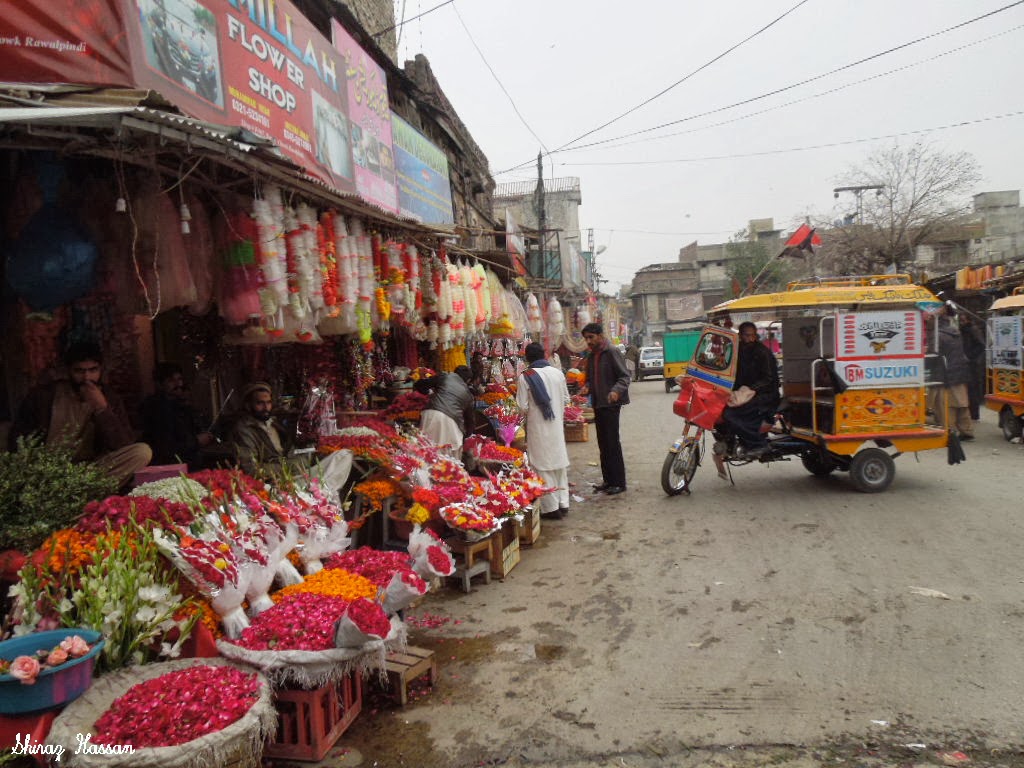 Once, there used to be a Tonga stand outside the market at Saidpur Road, which is now turned into a Qingqi (Motorcycle Rickshaw) stand. Added to this crowd are numerous shops selling flowers and materials for wedding decorations. This area is also known for its desi food culture.

Muhammad Ilyas looks back at the past and reminisces that he has seen the changing demographics of the city. “The city wasn’t this noisy, but now it’s traffic and people everywhere”, he almost laments.
When I asked him why his family chose to settle down in Rawalpindi and not in any other city, he replied that they had some relatives in Rawalpindi, so they came here.
“Do you want to see Ambala once again?” I asked him as I was preparing to leave.
“No, I don’t want to go to Ambala. Everything has changed. We have some relatives in Delhi and some other cities in India, but the elders have all passed away and their children don’t know us”, he answered ruefully.
“But there would be no Visa issue for you, you know that… “
“I know visa restrictions are relaxed for senior citizens (above 65), but why would I go there? Nobody knows me there. That was in the past and that time has passed” he replied this time, almost matter-of-factly.

Then I hugged and thanked him and walked away, promising to meet him again, very soon.

He writes about culture and heritage of South Asia, particularly Pakistan. He advocates rich culture of this land and tries to explore facts. Recently he was given an award from the Federal Ministry of Population Welfare for his article on population crises. Writers Guild also awarded him a Medal of excellence for his work.
Read More Share
The Mountain Village of Sulav in Iraq's Kurdistan
The Ubiquituous Sounds & Dunes of Rajasthan