Kashmiri bazaar is one of the famous and the oldest markets of Lahore. It is situated inside Delhi Gate of walled city. It is said that this bazaar is more than 400 years old, probably established in Mughal Period. The famous Majid Wazir Khan and Sunehri Masjid of Mughal period are also located here.
This bazaar is famous for its unique environment.  Artificial Jewelry, Clothes, fancy and bridal dress, shoes and garments are trade marks of this market. There was a time when Kashmiri bazaar used to known for its Publishers and Book-Sellers, but after partition most of them shifted themselves to Urdu Bazaar.
Like other areas of Lahore, this place is also famous for its unique taste of food, Halwa Puri, Kachoori, Qatlama, Dehi Barray of Kotwali chowk, Kashmiri Bazaar are famous all over the world. But how can you neglect the famous kabaabs of Khaleefa known as “Khaleefay k kabaab”. It is said that Allama Iqbal also used to visit Kashmiri bazaar to taste the kabaabs.
This bazaar has its own mysticism, unique colors and it’s full of life.
The only problem is this bazaar is Encroachments, which causes hurdles in flow of traffics. This rusty and busty bazaar, in the centre of walled city of Lahore is alive with its own unique colors!! Whenever you visit Lahore, don’t forget this historic place.
Photography by: Afzal Abbas 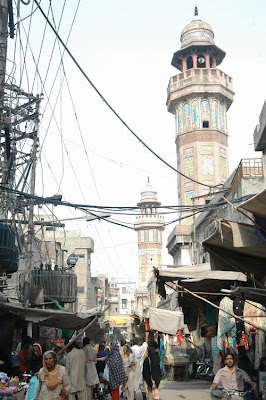 a view of Kashmiri Bazaar, with Masjid Wazir Khan minarets in background 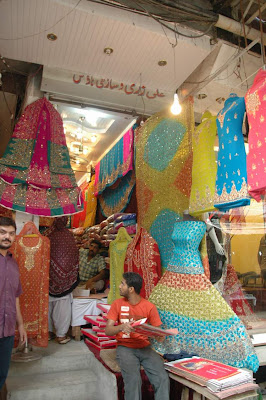 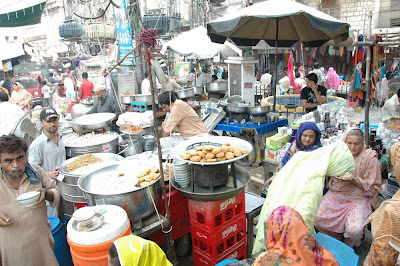 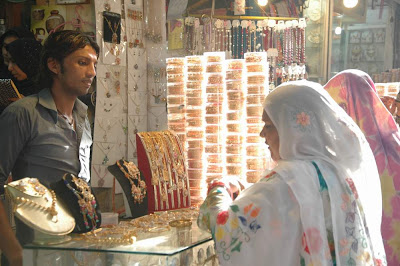 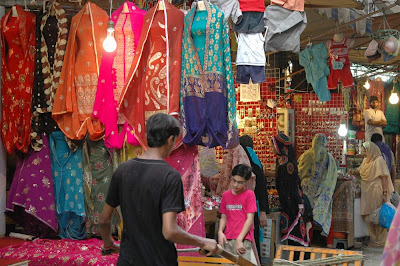 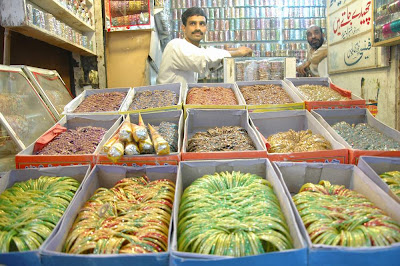 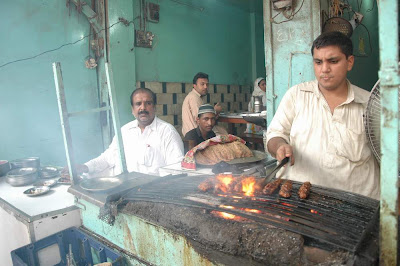 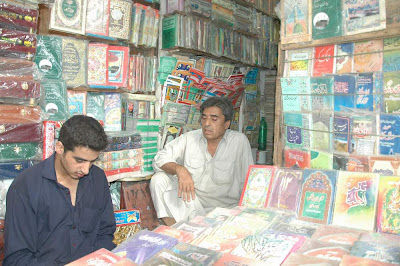 the only remained Book shop 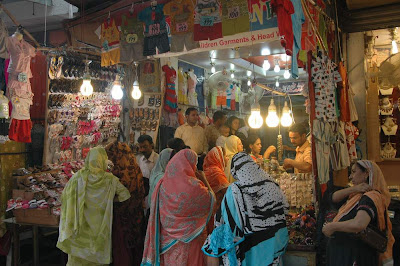 This bazaar is famous for women’s releted things the Encroachments and Traffic!! Most of the old buildings have vanished!! but u can see some old marks!

He writes about culture and heritage of South Asia, particularly Pakistan. He advocates rich culture of this land and tries to explore facts. Recently he was given an award from the Federal Ministry of Population Welfare for his article on population crises. Writers Guild also awarded him a Medal of excellence for his work.
Read More Share
A Clean Water Revolution
Flying Into the Galapagos Islands