Part of the fun of traveling is to learn about new cultures and people. Learning a bit about the language, customs and peculiarities of a country adds to your understanding and appreciation. For the last five weeks we’ve combed the North & South Islands of New Zealand, and have come to love the country, its natural bounty, and, yes, those quirky New Zealanders. Except…they’re not called “New Zealanders,” but “Kiwis.” And this is where learning the ins and outs of New Zealand (also known as “En Zed” for “NZ”) becomes a challenge.

And that’s because a NZ’er person is a Kiwi…

whereas a kiwi is the national bird, despite being flightless, short-sighted, very shy, and on the edge of extinction:

There are two other kiwis, just to be confusing, but both are inanimate: There is the kiwi fruit, which, just to be clear, didn’t originate in New Zealand but in China, but nevertheless New Zealand is now a major producer of the fruit:

And, there is the Kiwi Shoe Polish which was invented by an Australian who chose the kiwi (with a small “k”) bird as the name and logo of the polish to honor his New Zealand-born wife who was, of course, a Kiwi with a capital “K”. 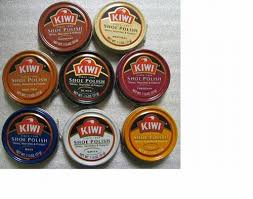 It is safe to say that Kiwis (the people) take kiwis (birds, fruit,  the polish and the kitchen sink) seriously.

But to return to the heart of our discoveries, Kiwis have a great sense of humor as well as practicality which result in surprising discoveries along the way — as well as colorful “Kiwi speak.” Such as finding a picture of Dino the Flintstones’ pet dinosaur displayed in an exhibit on earthquake monitoring in the Auckland Museum.

No one knows the identity of the prankster who left “Dino” next to the earthquake monitoring device & webcam. Schoolchildren all over New Zealand have enjoyed Dino’s own website which “reports” on geothermal activity at his new home on White Island.

The scientists found this amusing enough to leave Dino there and have used film footage from the web cam — and Dino — in educating school children about earthquake monitoring and geothermal activity.

Despite the frequent disruption of earthquakes and eruptions, Kiwis manage to accomplish quite a number of things: a Kiwi, Edmund Hillary, was the first man to summit Mt. Everest, Kiwis are acclaimed in the arts (Peter Jackson of Lord of the Rings and The Hobbit fame), in the sciences eminent physicist Ernest Rutherford won the 1908 Nobel prize in chemistry (among other accomplishments he discovered radon and the first to split an atom); and sports — need we say more? The New Zealand All Blacks have ruled world rugby for decades. Maybe it’s their Maori haka (war dance) that scares the bejesus out of their opponents:

New Zealand’s world champion All Blacks performing their haka or Maori war dance before each game. As in war, this particular haka is supposed to terrify and immobilize their opponents.

And, Kiwis grow a whole lot of sweet potatoes, known collectively in NZ as kumara. There are so many kumara grown, especially on the North Island, that one small town, Dargaville, claims the honor of “New Zealand’s Kumara Capital.”

Dargaville won the bragging rights for this title. Close to a dozen varieties of kumara are grown in the area; most varieties were developed in NZ.

Not to be outdone by such namby pamby fellow Kiwis, A.J. Hackett popularized the modern form of bungy jumping by performing the first bungy jump of the Auckland Harbor bridge in 1986. (A form of bungy jumping had been a ceremonial activity among Vanuatu men for centuries. However, in that traditional sport, the men had to strike the ground with their heads; he who lived, won. Hackett must have realized smacking clients’ heads on the ground from 100 meters up wasn’t good for his insurance premiums.) Bungy jumping is now a national past time in New Zealand, with intrepid souls leaping off all kinds of towering edifices, from the Sky Tower in Auckland and just about any bridge, building or ledge high enough to give one a thrill.

Bungy jumping off a mountain in Queenstown.

The surprises just kept coming with this country. A couple of British tourists we met on a wine tour encouraged us to use the public toilets in Kawakawa (North Island), and here’s why:

Entrance to the public toilets in Kawakawa. The Austrian artist and environmental activist Friedenreich Hundertwasser, who relocated to NZ after WWII, decorated his adoptive town’s toilet facilities using recycled materials.

Kawakawa now attracts a huge number of visitors just because of their colorful public (and free) toilet facilities.

The Silo Hotel in Little River, near Christchurch, South Island. Note the little balconies added to the sides of the silos and the bicycle motif.  And now for charming linguistic oddities. New Zealanders are unfailingly polite, so we didn’t learn any off-color phrases, but there are several colorful terms we came across:

Chilly bin — a cooler. (My absolute favorite Kiwi term!) AND the long drop — outhouse. Speaks for itself.

Flash — fancy, splashy, and not in an approved way. Then there’s Panel beaters — car body shop, a butty — a sausage roll, that delicious, irresistible, greasy sausage in pastry with cardiac-arresting amounts of fat and cholesterol. Can’t pass them up!

Then there’s a bach — pronounced “batch,” is a holiday cottage or dwelling fairly small and rustic. Probably comes from the longer term, “bachelor’s quarters.”

And of course Jandals — usually denotes flip flops but can also include other types of plastic sandals. The term originated in the late ’50s in NZ. Although there are competing claims as to who coined the term, all agree it’s a distillation of “Japanese sandals,” the phrase used for zoris in Japan. As a measure of how popular these flip flops are, New Zealand has “National Jandal Day.” Seriously. (And, seriously, the purpose of this unofficial national day is to raise money for coastal lifeguards & lifesaving training.)

And for the absolutely most tone-twisting word I’ve come across in 5 weeks in NZ, the Maori name of a small (305 meters high) hill on the North Island, aumatawhakatangihangakoauauotamateaturipukakapikmaungahoronukupokaiwhenuakitanatahu.

But don’t ask how to pronounce it!

Carol Barbier Rolnick grew up in Japan and Southeast Asia, traveling extensively as a child through Asia, the Mideast and Europe on family vacations. Travel has continued as a priority through raising kids and continuing into retirement, extending adventures through the Americas, southern Africa, Asia, and repeat trips throughout Europe. Carol and her husband, Michael spent four summers based in Utrecht, The Netherlands, which has become like a second home. They are (still) aiming towards Australia-New Zealand and Antarctica to round off their continental travels.
Read More Share
Head to India's Surat for Textiles & Diamonds
Horseback Riding Around Mount Bromo