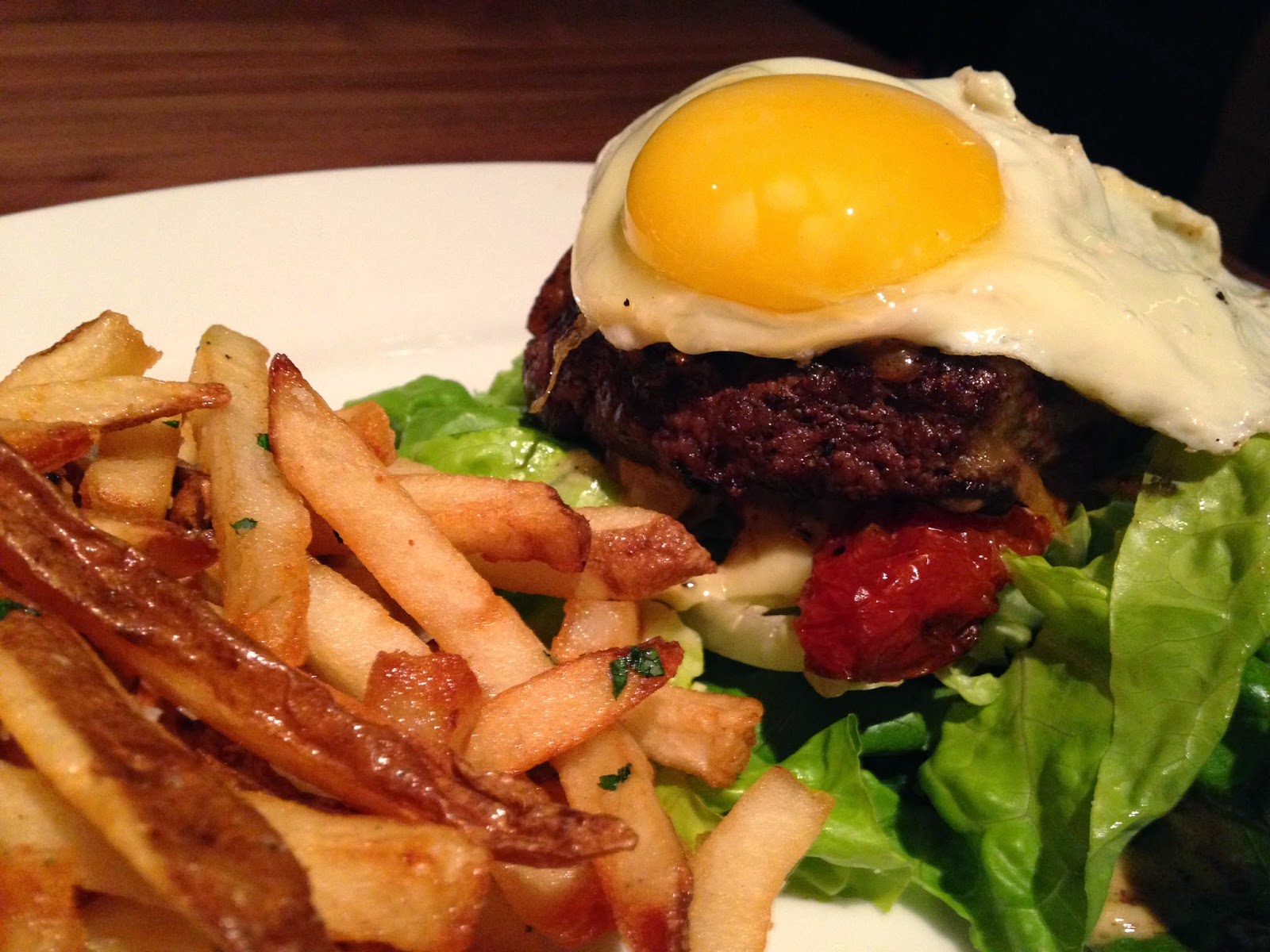 The Pink Pony in Scottsdale, Arizona was a must for burgering when we made our first sojourn to Arizona to watch the Giants at Spring Training.  The Pink Pony is a long-time tradition in Scottsdale for all those who attend the Giants games a few blocks away at Scottsdale Stadium.  My friend Gil Zeimer, who recently wrote a guest blog here, said we had to get the Pony Burger.
After the Saturday game, we headed over to the Pony.  The newly remodeled Pony has little in common with the old dive it once was, according to those we spoke with. It is modern and sleek and would not feel out of place in Los Angeles. We were told it was a two–hour wait for a table so we decided to wait for a spot to open up at the bar. We put in our name for a table, just in case.
At the bar, Giants fans traded stories and we joined right in. Four men who share season tickets at AT&T were on their 14thconsecutive outing to spring break.  We chatted with them as we waited for a bar spot to open up. After a mere 45 minutes my pager went off and we got our table.
I ordered the Pony Burger ($12) with Wisconsin Cheddar, crispy Pork belly, avocado, garlic aioli, slow roasted tomato, bibb lettuce and butter bun + fired egg. But our server, Vincente, said that the Giants fans had made a run on the place and the huge trove of buns they had at the beginning of the day were gone! No burgers. I was crest-fallen. He promised to see what he could do. Sure enough, Vince came back and said the chef did not want me to go away disappointed. He would make a special bunless version of the burger just for me!
It was fabulous. The meat was salty and juicy. Very flavorful. The roasted tomato added a nice counter-note to the garlic aioli.  The avocado was more like guacamole in consistency and could have been left off. The sunnyside-up egg was a great topper. The bibb lettuce cradled the whole thing next to some excellent fresh-cut fries.
I will definitely head back to try the bun version in the future, but this one was fabulous and the service was stellar.
Burger 4.5 spatulas out of 5
Fries 4 spatulas
Pink Pony
3831 N. Scottsdale Rd.
Scottsdale, AZ 85251
408-945-6697
pinkponyscottsdale.com
Scott R Kline