For about six or seven summers in a row, my family would make the car drive from our home in the D.C. suburbs to Charleston, South Carolina. While my dad’s family hailed from the Boston area, my mom’s family had southern roots and on summers when we couldn’t visit both sides of the family, we’d alternate. I always loved those trips to South Carolina — see five of my favorite experiences below. Planning a trip to Charleston? The Liberty Place Club by Hilton Club is central, regal-feeling and a great reflection of the city’s elegant charm. They offer large and modern one or two-bedroom suites positioned for exploring the nearby historic district’s cobblestone streets and colorful row houses.

Get inspired on Rainbow Row

Let’s start with a walk along my favorite row: Rainbow Row. Named for the set of 13 colorful historic houses in Charleston that tout Georgian architecture, Rainbow Row will literally add color to any cloudy day. Rainbow Row will likely be included on any walking tour of Charleston, as it’s near the historic waterfront dates from 1748 to 1845.

My grandmother on my mom’s side grew up in Charleston and one of these homes was in our family for several generations. The house has since been sold to a young couple, but it’s nice to know that it was able to be enjoyed by so many family members over the years.

While nobody knows the exact reasoning for the brightly colored homes, some believe this was to capture the attention of drunk sailors who might have otherwise gotten lost on their way home. 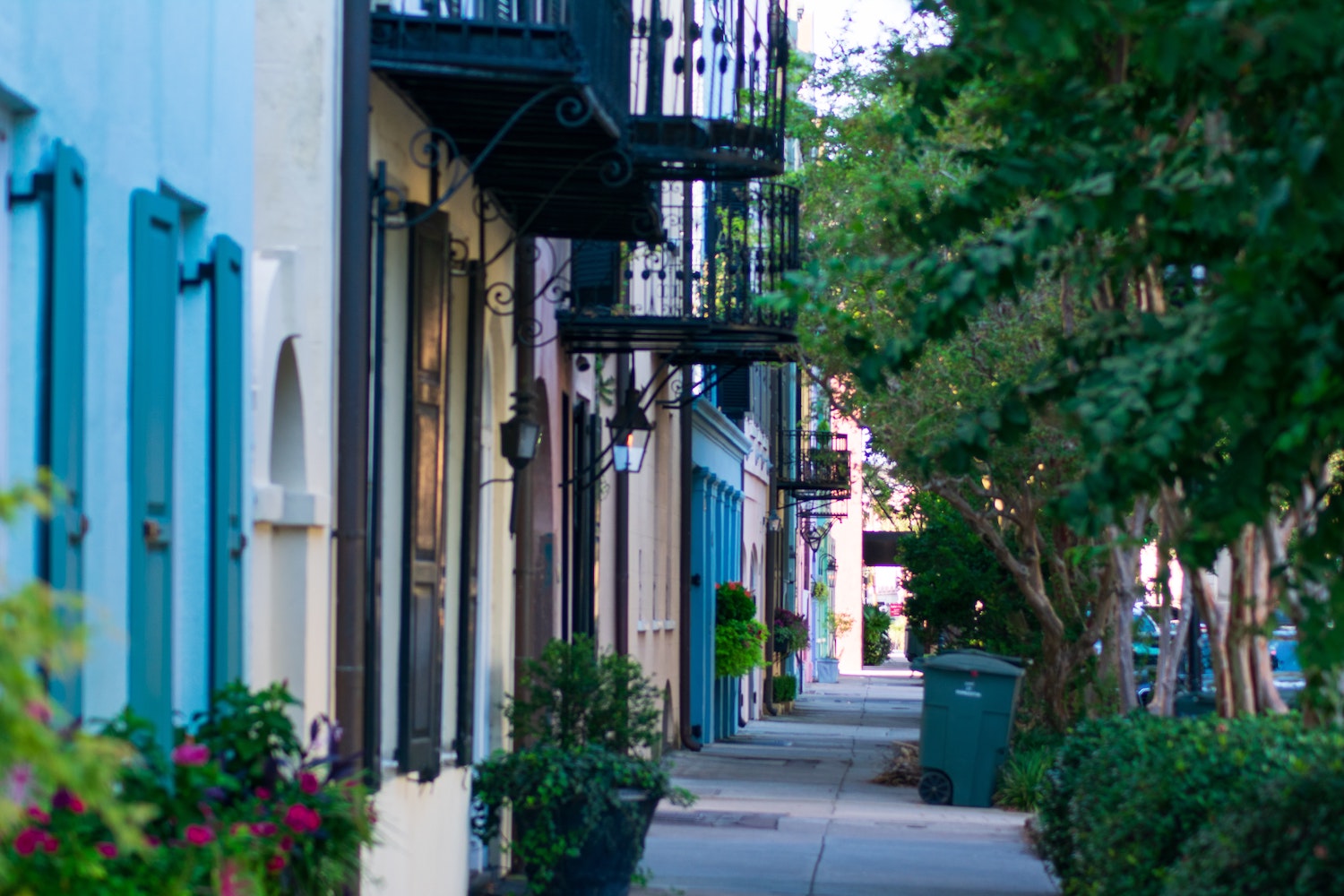 Stroll along The Battery

I grew up in a military family—my father was a Colonel in the marines (reserves)—so visiting military landmarks was always part of any trip itinerary.

The Battery is a landmark defensive seawall and promenade in Charleston. It’s bordered by the Ashley and Cooper Rivers that meet to form the Charleston harbor and well, the view is just breathtaking. I loved strolling along the promenade on those hot summer days and getting a cool breeze from the lower shores.

There’s also a bit of family history now attached to this famous seawall. It’s not only where my father proposed to my mother so many years ago; it’s also where my brother-in-law proposed to my sister, as he wanted to follow the tradition. 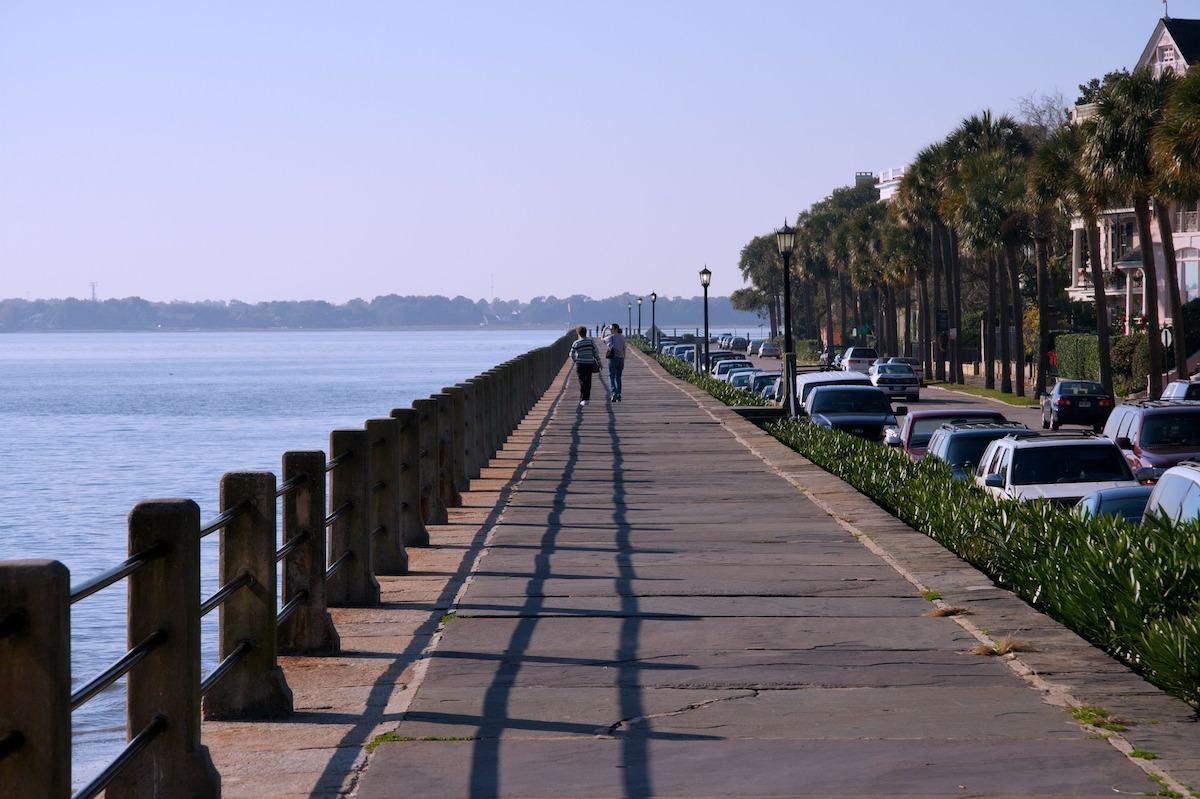 Visit the the College of Charleston Campus

For most of my high school years, I dreamed of attending the College of Charleston. Life is funny, though, and while I did get accepted during my senior year, by that point I no longer wanted to go to an out-of-state school. That said, it’s still one of the most beautiful college campuses I’ve seen, and I’ve seen quite a few.

During my family summers in Charleston, we’d always spend a few hours each day exploring the downtown streets. The campus is located right in the heart of historic downtown yet has such a private, secluded feel to it. Founded in 1770, it’s the oldest educational institution south of Virginia; it’s even deemed a National Historic Landmark.

Another reason I love the College of Charleston campus is because it was host to one of my favorite films in high school—O (for Othello), starring Julia Stiles and Josh Hartnett. Swoon.

Marvel at the Spanish Moss

While you’re enjoying the College of Charleston campus, take a breather under one of the trees covered in Spanish moss. It can get pretty hot in summertime, and you’ll learn to take advantage of the shade whenever possible. Of course, you can see Spanish moss in other parts of the state, as well as other southern cities like Savannah, Georgia.

It has quite the romantic sounding name but in fact, Spanish moss is not moss at all, nor is it Spanish. It’s Latin name is Tillandsia usneoides, which actually belongs to the pineapple family. In the past, it was called  Itla-okla (“tree hair”) by the Native Americans and Barbe Espagnol, (“Spanish Beard”) by the French and this is the name that eventually won out.

One of my favorite ways to tour Charleston is by boat.  As a kid, we’d take the ferry ride to Fort Sumter for a few hours and then return in the evening. In addition to ferry boats that transfer you to and from, you can also opt for a historic boat that takes you to sites like the Ravenel Bridge. Alternatively, there are more luxurious offerings that include cocktails and a more ambient vibe. 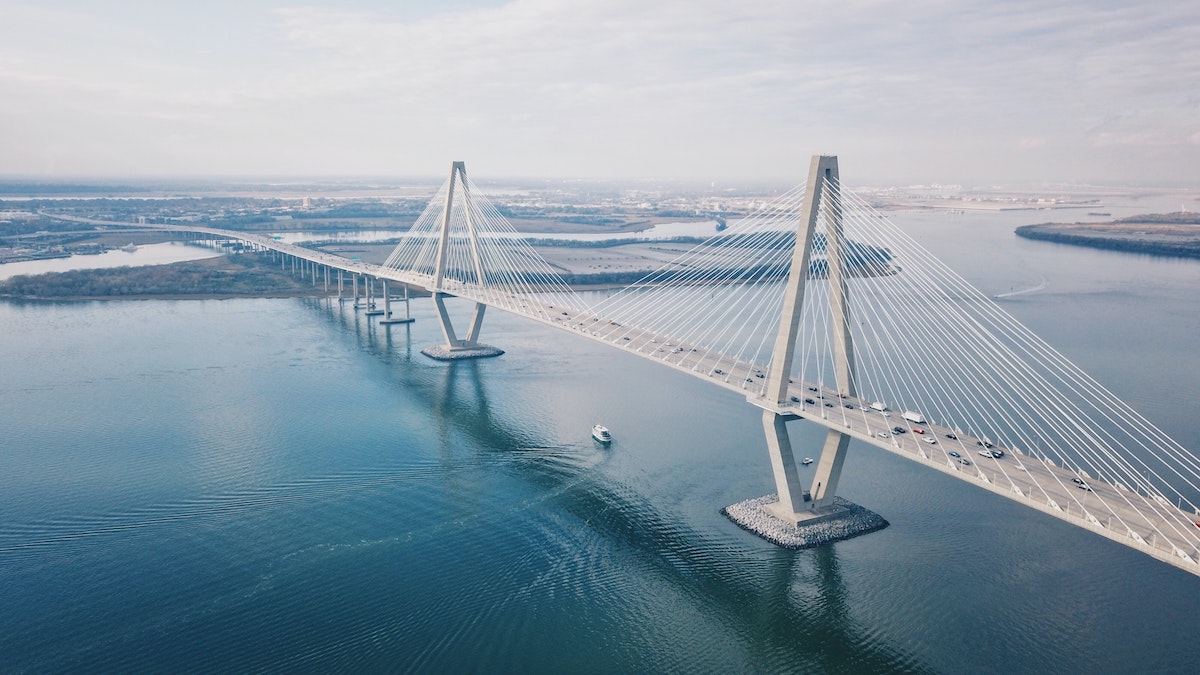 Other ways to See Charleston

If you have a few extra days in Charleston, I recommend diving into the local art, food and cocktail scenes. Here are a few recommendations:

This is something I couldn’t do as a child, but one thing I definitely plan to do on my next trip. A classic mint julep is made with mint leaves, a sprig for garnish, simple syrup, pellet ice and bourbon. It’s a popular drink in the south and especially in Charleston. It definitely has a kick to it, yet is such a great balance of sweet and sour. Getting thirsty just thinking of it!

Yes, you read that right. I’m a huge oyster fan and I can’t imagine any low country meal better than a pile of hot oysters on my plate. For a point of reference, low country is a region extending from below Myrtle Beach in South Carolina to Amelia Island, Florida. Naturally oyster roaster is an art form in many Charleston dining establishments.

*Learn the facts…and the legends

Whether you believe in ghosts or not, ghost tours are a way to tour Charleston. Depending on which tour you book, prices usually start around $25 and last 90-minutes or so. You’ll likely stop by one of Charleston’s old graveyards and at night, so be prepared if you spook easily. Alternatively, if you’re less into supernatural legends, opt for a historic walking tour instead. 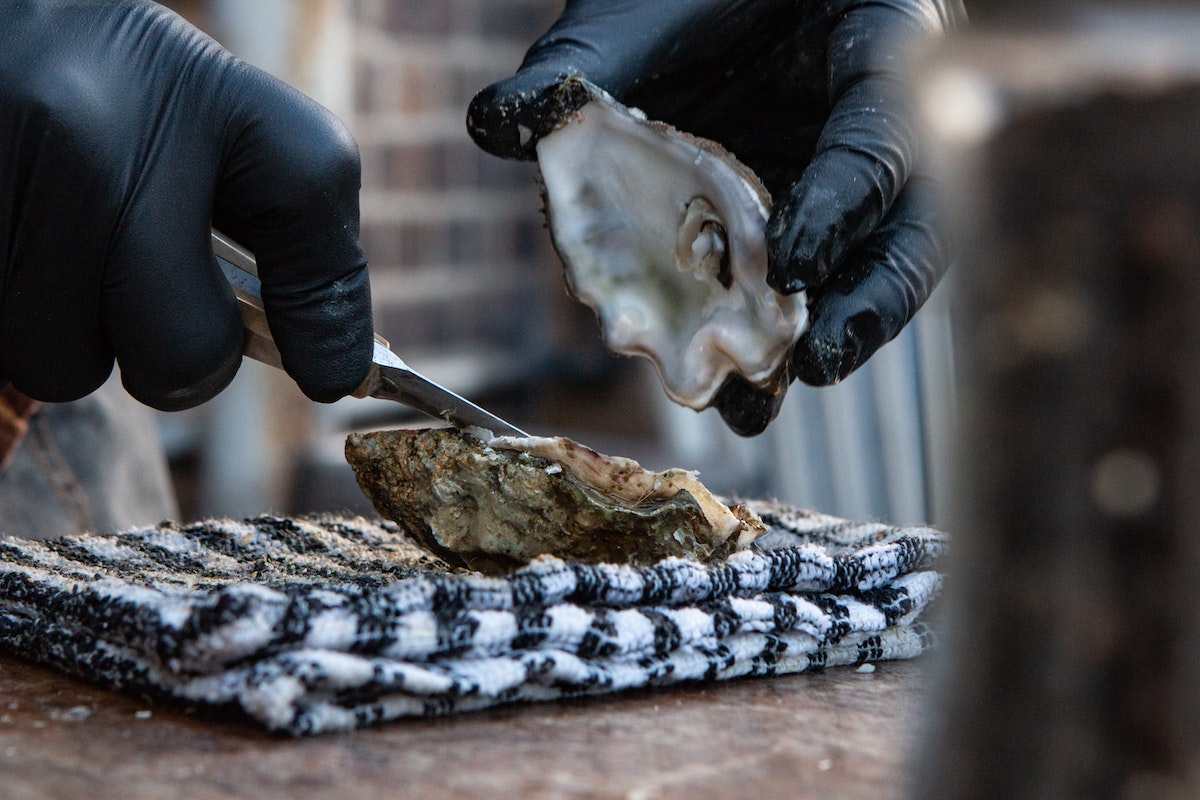 *This post is in collaboration with Hilton Grand Vacations.

Megan is also a freelance writer and social media specialist based in New York City. She contributes to various online and print publications in the travel and fashion industries and is an international correspondent for both Jetsetter and Northstar Travel Media.
Read More Share
Floating Down the Nile on a Falucca
Visiting China’s Summer Palace