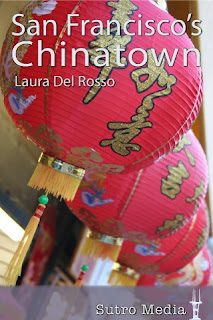 In time for San Francisco Chinatown’s annual big event — New Year’s — the Chinatown travel guide app for iPads, iPhones and iPod Touches has been updated and released by Sutro Media with more photos and information on places to see, where to eat and shop in this most historic of the city’s neighborhoods.

This year’s festivities — celebrating the Year of the Rabbit — kick off on Saturday, Jan. 29 at 10:30 a.m. with a procession of lion dancers, bands and local dignitaries starting at St. Mary’s Square and following the original parade route — down Grant Avenue — first established in the 1860s. Of course, the big deal comes a few weeks later — this year on the evening of Feb. 19 — when the Chinese New Year’s parade, sponsored by Southwest Airlines, makes its way from downtown to Chinatown, a brightly-colored 250-foot-long Golden Dragon capping it all.  It’s the largest celebration of Asian culture outside of Asia, and hundreds of thousands watch the spectacle (even in chilly, rainy weather).

San Francisco’s travel guide app, North Beach and Fisherman’s Wharf was also just updated and rereleased with more entries and photos, including the newish bar and restaurant, Comstock Saloon, which combines a taste of the city’s old Barbary Coast (it’s named after Henry Comstock and the famous Comstock Lode) and today’s trendy “mixologist”  cocktail culture in one swell place (my favorite spots are the booths along the wood-paneled bar’s walls). Check out the apps by clicking on the links above or searching on iTunes (under Travel and San Francisco). Enjoy them on your iPhone, iPad or iPod Touch.

Laura Del Rosso started blogging when her book, Great Escapes: Northern California, was published. She writes about her most recent wanderings, day trips and weekend getaways, including San Francisco's vibrant neighborhoods, Gold Rush-era towns, mountain and coastal areas and vineyard-covered valleys.
Read More Share
Rough It or Do a Lap of Luxury in the Kalahari Desert
Pomegranate and Guava Salad