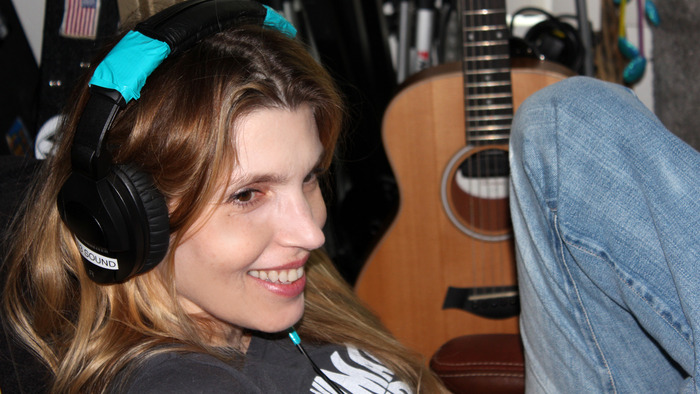 I’ve known songwriter Annette Conlon for nearly as long as I’ve been recording music. The Los Angeles based artist has long been an avid support of other artists as the host of ‘Nette Radio, ‘one of the longest running radio shows dedicated to promoting women in music.’  She’s also hosted many a songwriter showcase over the years and collaborated with her husband in duo The Conlons.
But after a harrowing few years of health challenges, Annette is putting her own voice front and center, embarking on a solo project inspired by the events she’s weathered, “Life, Death and The Spaces Between.” Amidst a crowdfunding campaign to support the project and some unexpected family events, Annette discussed her road to healing and writing her most inspired material.

Deborah's many performance credits include an appearance at the 2006 Millennium Music Conference, the RockerGirl Magazine Music Convention, IndieGrrl, at several of the Annual Invasion of the GoGirls at SXSW in Austin, TX, the Harmony Festival and 2009's California Music Fest, MacWorld 2010, Far West Fest and many other venues and events. She toured the Northwest as part "Indie Abundance Music, Money & Mindfulness" (2009) with two other Bay Area artists, and followed up with "The Great Idea Tour of the Southwest in March 2010 with Jean Mazzei.
Read More Share
Central Japan's Kyoto Exudes Charm & Beauty
Private Villa or Agritourismo in Umbria’s Countryside?