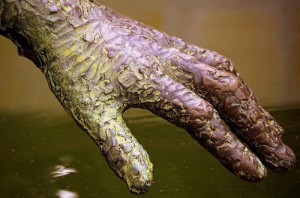 Are we really recovering? Is the economy recovering? Everybody seems to believe it. Even some of my most critical and combative friends agree. Pundits tell us that the economy has turned the corner, that we’re in recovery mode. The Fed promises low interest rates, and the production index is up, the Dow has gained 100 points in two days, the consumer index hasn’t moved either, when you exclude transportation and food of course, two of the largest budget items for more than 5o per cent of Americans. Credit Card companies report that on time payments have increased last month and that number of delinquencies has slowed down.

It’s a new day in America. The only nagging aspect of the whole crisis seems to be this thing about jobs. Everybody is Kumbaya but the employment rate is the only thing that isn’t willing to recover any soon. Christina Romer, Chair of the White House’s Council of Economic Advisers,  told a House Oversight Committee that for the next year the economy will create max 100 thousand new jobs per month vis-a-vis an annual overall growth of 3 per cent. According to her forecast by 2012 the jobless rate will be just 7,9 per cent.  Before the crisis the jobless rate in the US was about 4 per cent, economists at the time defined it a situation of full employment for the nation’s job force.

In a recent interview with NPR former Labor Secretary Robert Reich told the interviewer that the America’s total job deficit stands at 12 million, not the 6 or 8 estimated by the administration. In his assessment the nation not only has to replace the number of jobs that it has lost during the recession but it must make up also for the jobs–about 400 thousand a month–that it did not create during the crisis. To face this situation the administration, has just introduced a 19 billion spending plan to create new jobs, much of it will go to rebuilding the nation’s highway infrastructure. Tim Geithner, the Treasury Secretary, during the same congressional session said that this president takes this situation very seriously and has done everything in his power to address it.  How unfortunate, he’s clearly another politician who’s out of touch and–looking at the administration’s current employment plans–out of idea. In the meantime the rate of workers nearing retirement age who has less than 10 thousand dollars into their retirement account has risen into the lower thirties.

When his editors at the time asked during an editorial meeting if anybody knew anything about the economy he said yes, but he meant to say that to survive he didn’t need much. You see it was one of those artsy copy offices, full of practitioners of experimental arts; dreamers who breathed big ideas, had high minded ideals and lived on nothing else but sandwiches and cigarettes. Now things are different though. To live and work in Baghdad By the Bay one needs serious money, and he says, he too now understands the real Economy.
Read More Share
Dismantling the Tower of Babel
A Floating Feast in Thailand