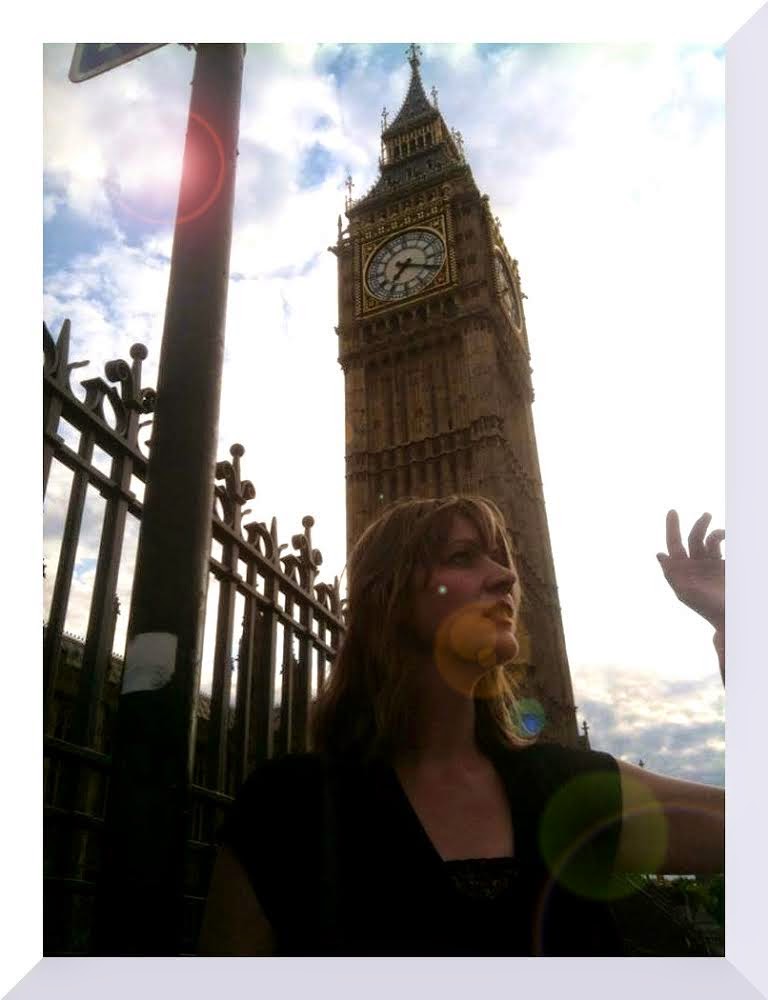 Oakland musician Michele Kappel-Stone is one of those rare hybrids of cool, talented and nice. The Baltimore native is always playing somewhere and she’s a seemingly tireless advocate of her fellow artists.

When she’s not working on her own projects, she can often be found sitting in with another band, helping book a show or organizing an event for The California Roots Union.
I’ve been catching  Kappel-Stone on various stages in various guises — playing as Tippy Canoe, putting together shows at The Starry Plough — around the Bay for years, but one of my favorite of her artistic incarnations is her recent collaboration with Laura Benitez, Heartache Sisters.

The duo project is a winning spin-off of Laura Benitez & The Heartache in which Kappel-Stone plays drums and sings backup. The duo’s voices blend well, they can play multiple instruments, they exude fun and look great doing it. Think Shovels & Rope crossed with Loretta Lynn and you start to get an idea of what the Heartache Sisters have going on.
After meeting up for coffee in the burgeoning Grand Lake District of Oakland, which she now calls home, Kappel-Stone answered some questions about the evolution of her musical life.

Q How did you first start singing and writing songs? Who were some of your earliest influences?
MKS: My professional singing debut was dressed in a head-to-toe white leotard performing a song called “Sex In Wetsuits” for multi-media avant theater company Impossible Industrial Action’s original play “The Pleasure Raiders.” This was 1990 in Baltimore. Before that it was mostly singing into a hairbrush in my bedroom and daydreaming. I started writing songs seven years later when I was the drummer in The Kirby Grips. I was learning to play the guitar and set my sights on becoming a songwriter.
A portion of my earliest influences include the Grease Soundtrack, Patsy Cline, The Monkees, Donna Summer, Barbara Mandrell, Earth, Wind & Fire, Eurythmics, and The Pretenders. That’s a combination of my mother’s record collection and my first order from Columbia House Record Club (cost just a penny). My first instrument is drums. I have the theater company, I.I.A., to thank for this, too. They gave me a shot behind the kit when the “real drummer” suddenly quit.

Q What brought you to the Bay Area? Does the East Coast ever pull you back?
MKS The Bay Area’s arts and music scene was the initial draw. Secondly, I was deciding between New Orleans and San Francisco in the heat and humidity of Baltimore in August and my air conditioning broke. SF sounded “cool.” Lastly, my best friend, Mandy, decided to move here first and that sealed the deal. One of the reasons I’m excited to return to touring next year (both solo and with Heartache Sisters) is to get to visit my homeland again. I miss it, but always feel connected.

Q You’ve got your finger on the pulse of the Bay Area music scene as a steadily performing artist and a talent buyer — whose inspiring you now?
MKS There are far too many to name and I’d hate to leave out someone I really adore. Instead, I think I’ll name the bands I’ll be sharing bills with coming up. The Demons I Knew (10/11 at Amnesia, SF), The McCoy Tyler Band, Secret Town (11/13’s The Heartless Woman Ball at Leo’s, Oakland), Maurice Tani, Loretta Lynch, and Yard Sale (featuring Jill Olson, Denise Funari and Melanie deGiovanni) (11/22 at The Starry Plough, Berkeley).

Q Describe your writing process. Do you write words first or start on an instrument?
MKS The melody and chord progression come along first, then the words fit themselves in. Sometimes a single line of a lyric and the melody occur together while driving in the car and I’ll develop the rest when I have a guitar or ukulele in my hand later, but that’s less common.

Q How do you feel to have your first solo show is coming up? What can audiences expect?
MKS I’m excited for my first solo show under my very own legal name. Audiences can expect a slight tingling sensation, but it won’t be anything to be alarmed by. Musically it will be a mix of my new songs, with a few older tunes from projects that have stuck with me and deserve to live on. Style-wise, I suppose you can revert back to the earliest influences question and imagine what that mix sounds like filtered through my personality.

Deborah's many performance credits include an appearance at the 2006 Millennium Music Conference, the RockerGirl Magazine Music Convention, IndieGrrl, at several of the Annual Invasion of the GoGirls at SXSW in Austin, TX, the Harmony Festival and 2009's California Music Fest, MacWorld 2010, Far West Fest and many other venues and events. She toured the Northwest as part "Indie Abundance Music, Money & Mindfulness" (2009) with two other Bay Area artists, and followed up with "The Great Idea Tour of the Southwest in March 2010 with Jean Mazzei.
Read More Share
Iconic Castle Hotels Throughout Canada
Rockport's My Place by the Sea, Where a Romantic Hideaway Meets Culinary Explosion