Beirut, Lebanon was the very first city I visited in the Middle East. I’m not really sure what drove me to choose Beirut as my premier destination and, weary after teaching English for eight months in China and backpacking through Southeast Asia on next to nothing for two months after that, hadn’t done enough research to know what to expect. And so, armed with only my camera, the two small bags I always travel with and the petit peu de français I remembered from high school, I got into a taxi outside Rafic Harriri International Airport and headed into central Beirut. I would spend three days total in the Lebanese capital, choosing not to venture out to see the rest of the country out of fatigue more than fear, and during my three days in Beirut experienced a world that was strange and different from the others I’d seen, but oddly similar too.

NOTE: I spent my 3 days in Beirut before the tragic 2020 explosion and also before the coronavirus pandemic. While most of the facts of this post are evergreen, some details may now be inaccurate for reasons far outside my control.

Where to Stay in Beirut

When I visited Beirut, I stayed at the University Hotel, a budget property located near the American University of Beirut in the city’s cosmopolitan Hamra district, not so much because it was nice, but because it was literally the only cheap place to stay in Beirut at the time. These days, if I were to return, I’d probably choose a higher-end property, such as Saifi Suites or O Monot Boutique Hotel.

How to Divide Your 3 Days in Beirut

Regardless of where you stay, it’s a good idea to be near Hamra, which is a hub for dining, shopping and some of the nightlife in Beirut—I’ll get to the rest later. It’s also nearby Beirut’s historical downtown and Ain el Mraiseh, the waterfront district which was in its early stages of construction when I visited. 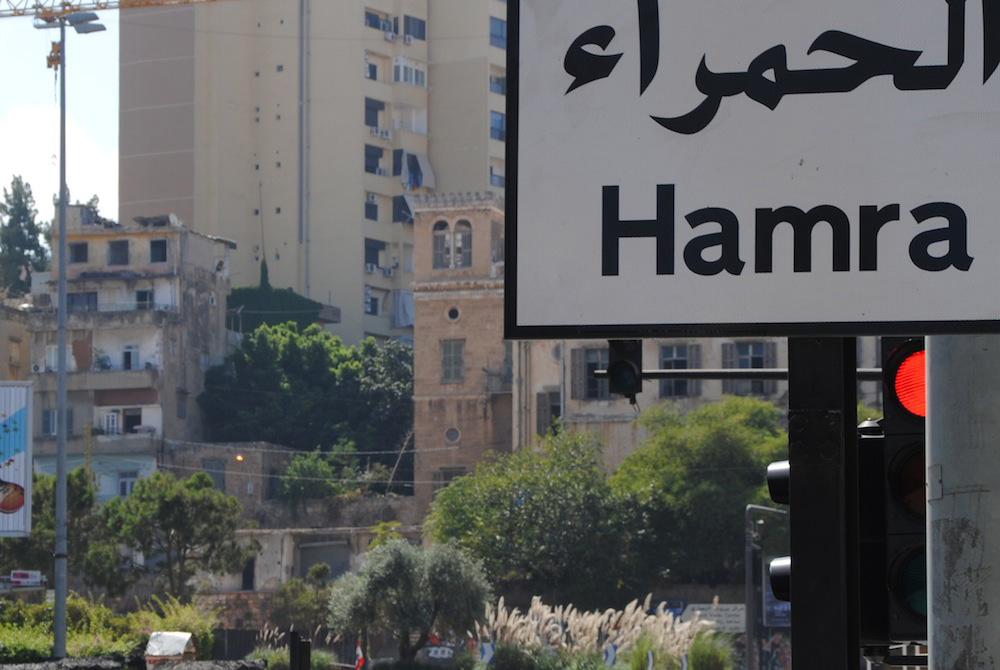 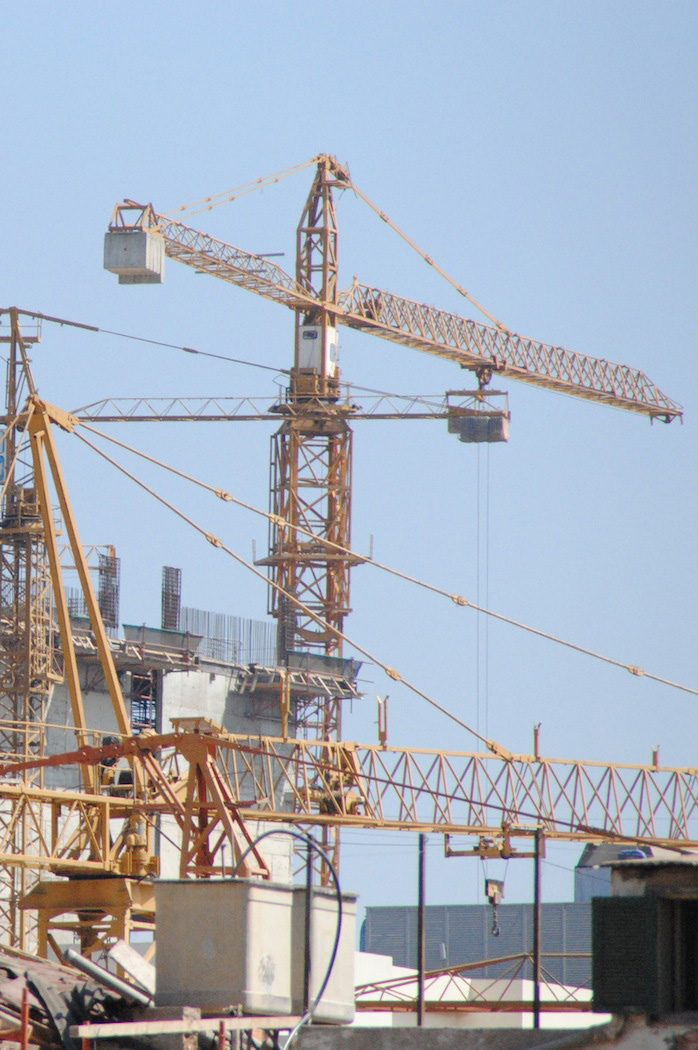 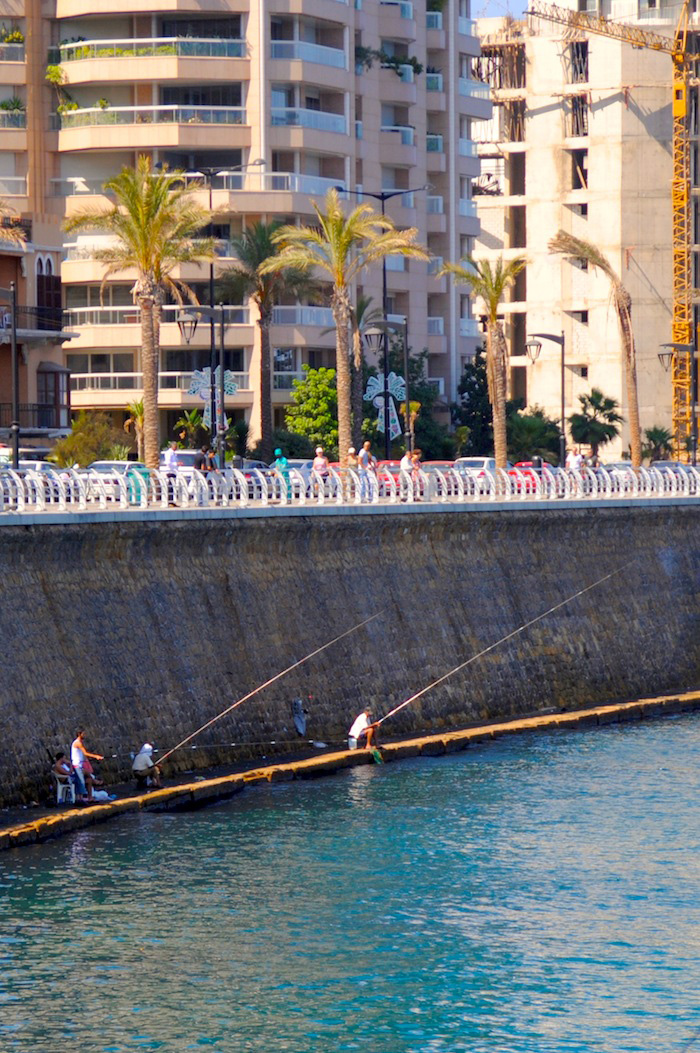 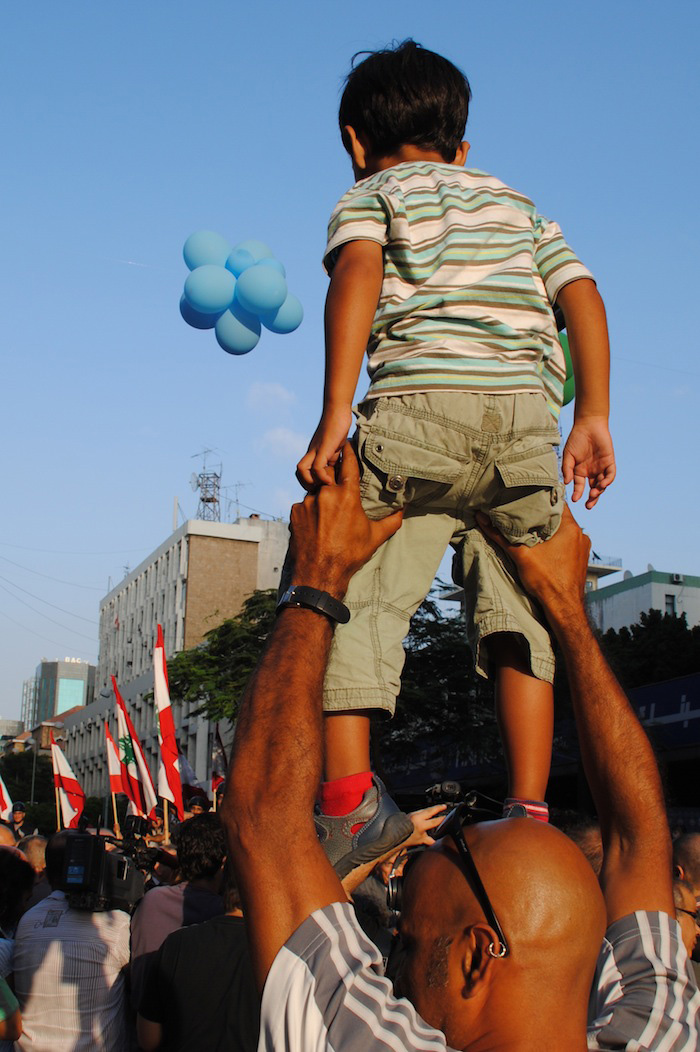 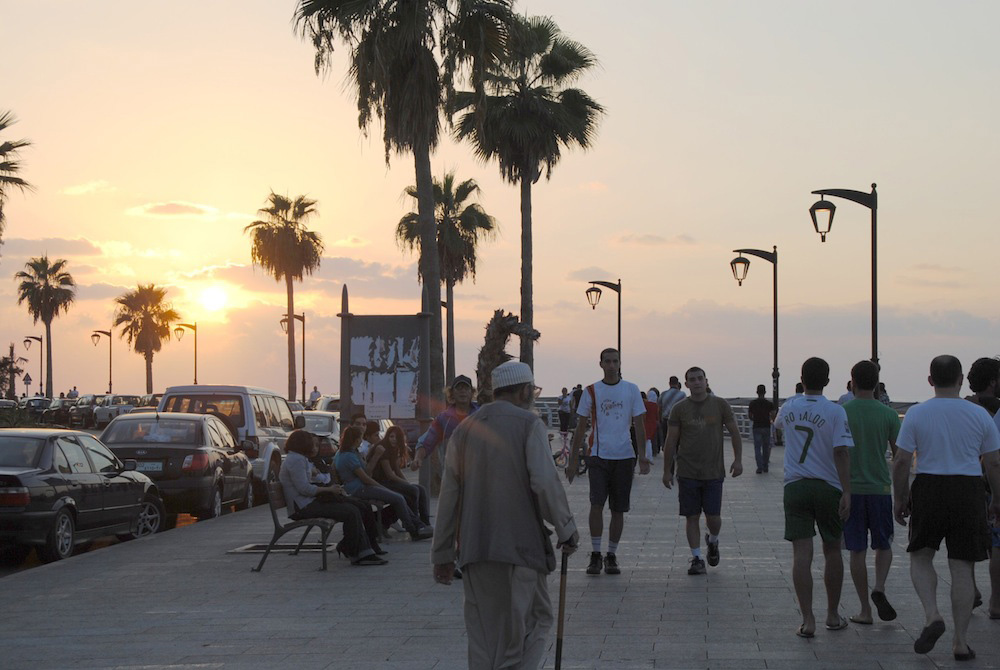 No matter what time you arrive in Beirut, make sure and get down to the seaside Corniche to catch sunset—it’s absolutely breathtaking. There are also many waterfront eateries serving fresh seafood and plenty of Lebanese desserts.

One reason I scheduled the first of your three days in Beirut to be light is that day two will be heavy, both in terms of attractions as well as in terms of emotions. Start your day at Martyr’s Square in Downtown Beirut, a monument erected to the first Lebanese nationalists, who bravely gave their lives to declare independence from France in the 1940s. After exploring the area around the square, which is home to some Roman ruins and a large mosque (which I’ll mention again in a minute), head up into the Achrafieh neighborhood and enjoy a delicious falafel sandwich for lunch—I’ve never had better falafel in my life than in Beirut. 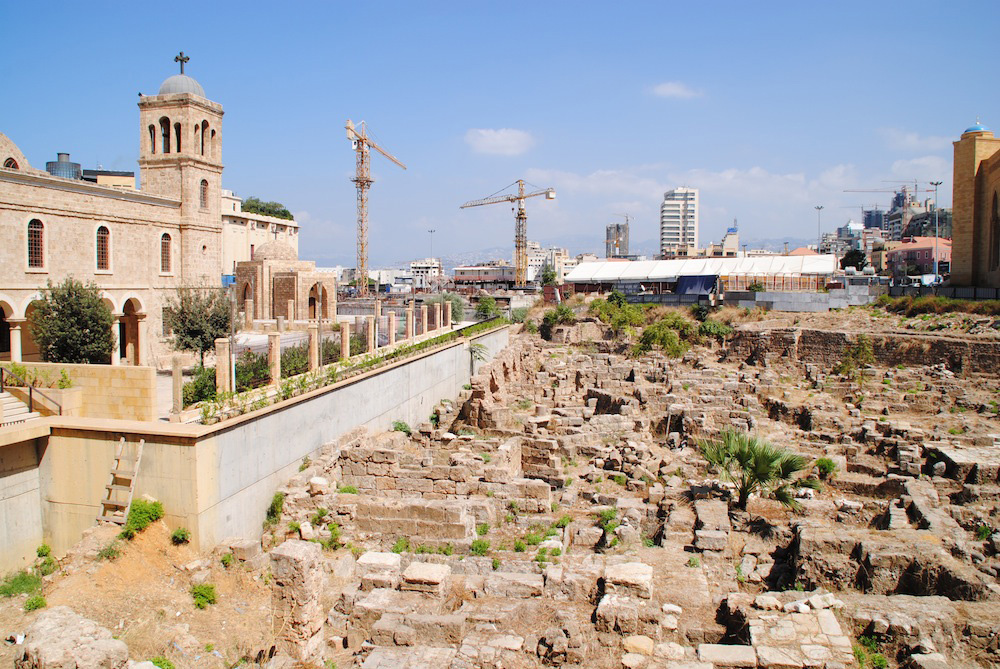 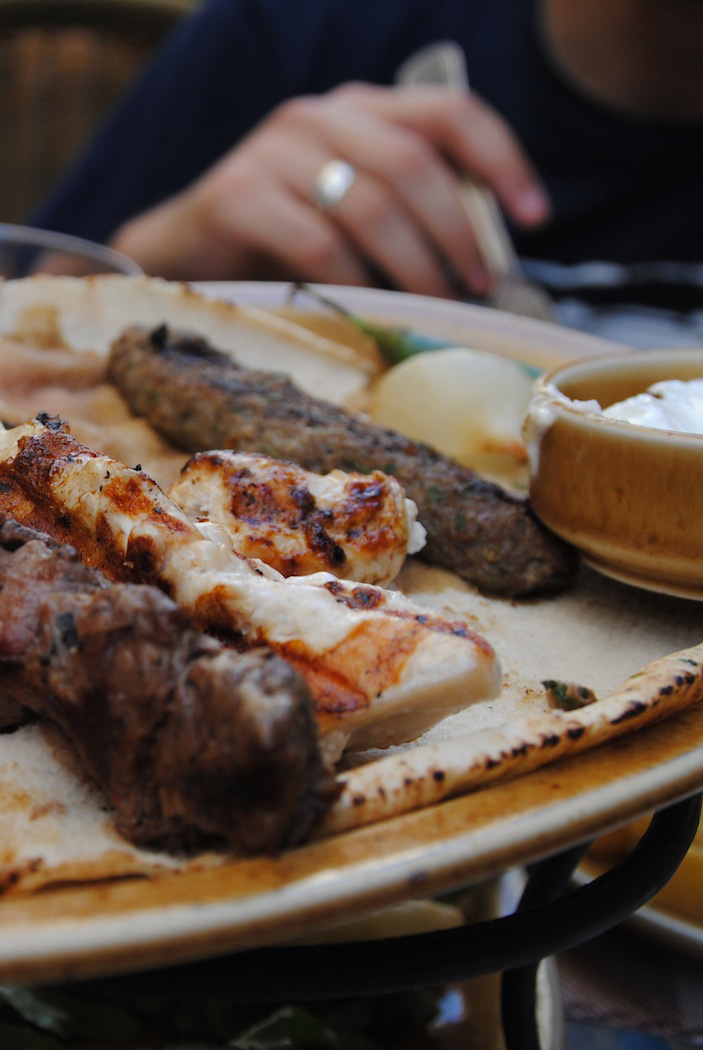 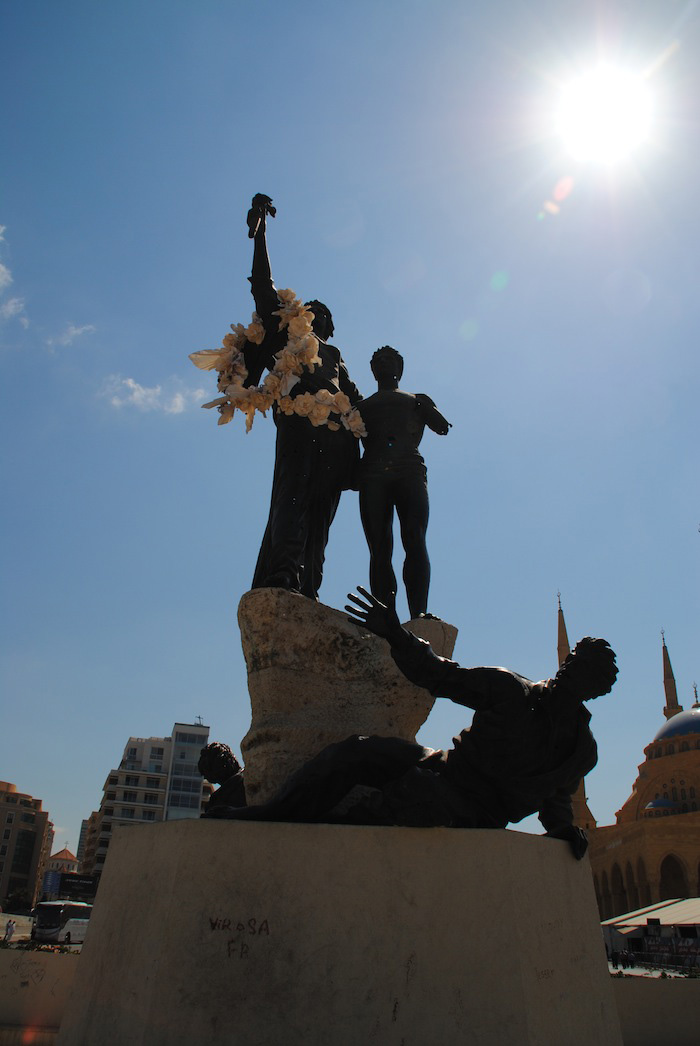 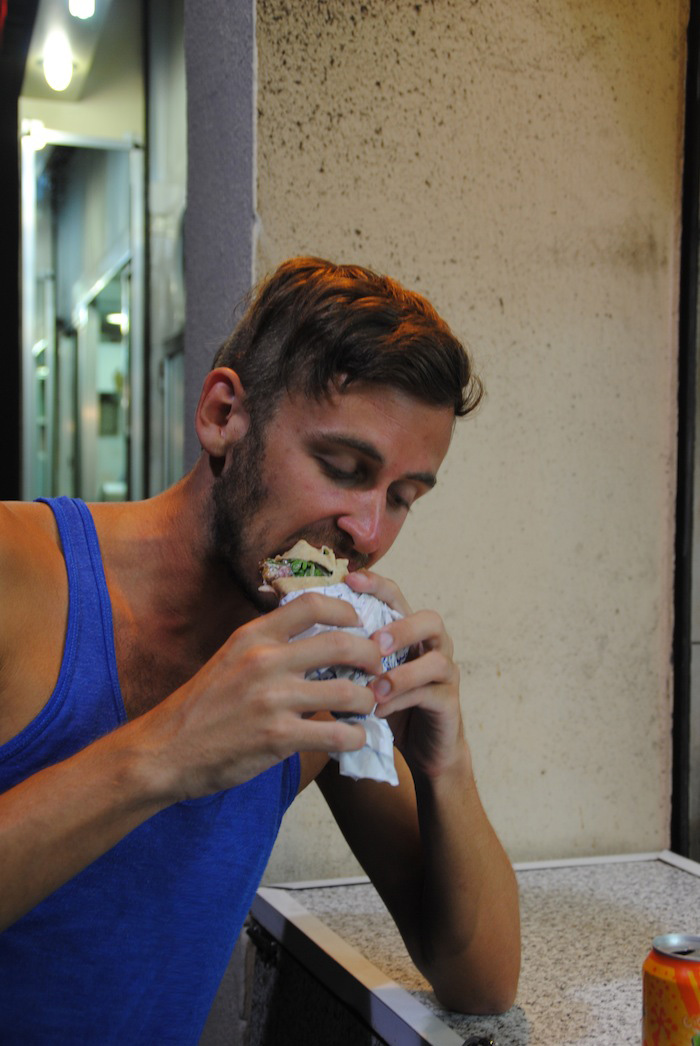 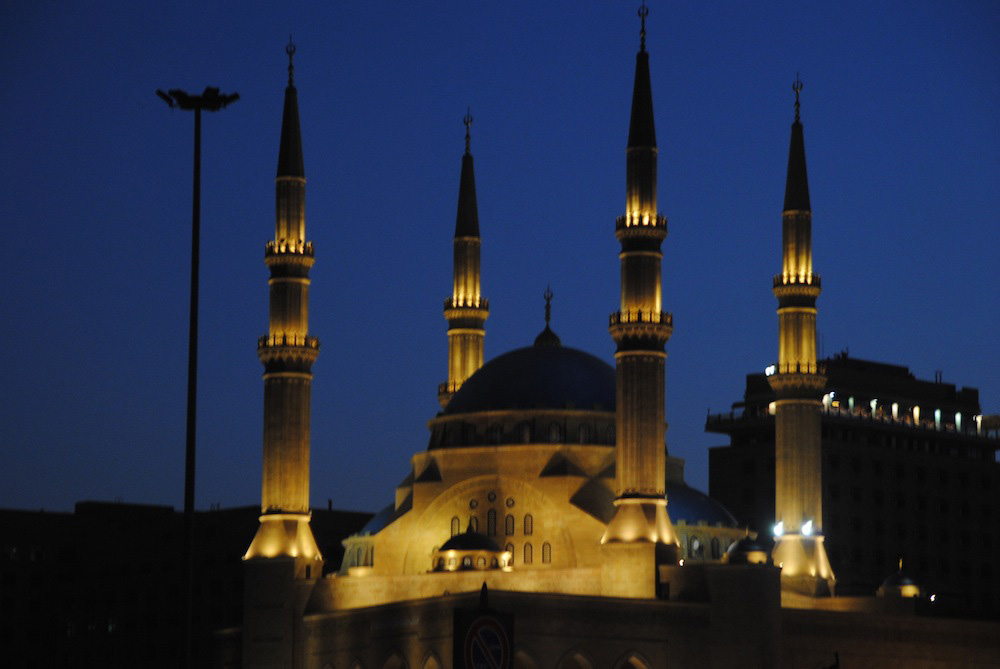 Spend some time strolling around cosmopolitan Achrafieh, which is not entirely different from Hamra, before headed back to the Corniche again for sunset. Freshen up at your hotel or hostel before walking back toward Achrafieh and nearby Gemmayze, which are Beirut’s most bustling nightlife districts, the latter literally lined with bars and clubs, but make sure and stop by the aforementioned mosque (named Rafic Harriri Mosque, after Lebanon’s assassinated former leader) to see it in all its lit-up splendor before you get too drunk.

You’ll probably be torn up from your night out, which is why I’ve scheduled a relaxing finale to your three days in Beirut—you’ll eventually get to relax, anyway. To start with, however, I recommend you walk west along the Corniche toward Ras Beirut (the “head” of Beirut) in Manara, which is home to a lighthouse of the same name. Just after you turn a very pronounced corner you’ll pass Rawcheh (the Pigeon Rocks), your last stop before reaching Ramlet el-Baida, Beirut’s only sand beach. 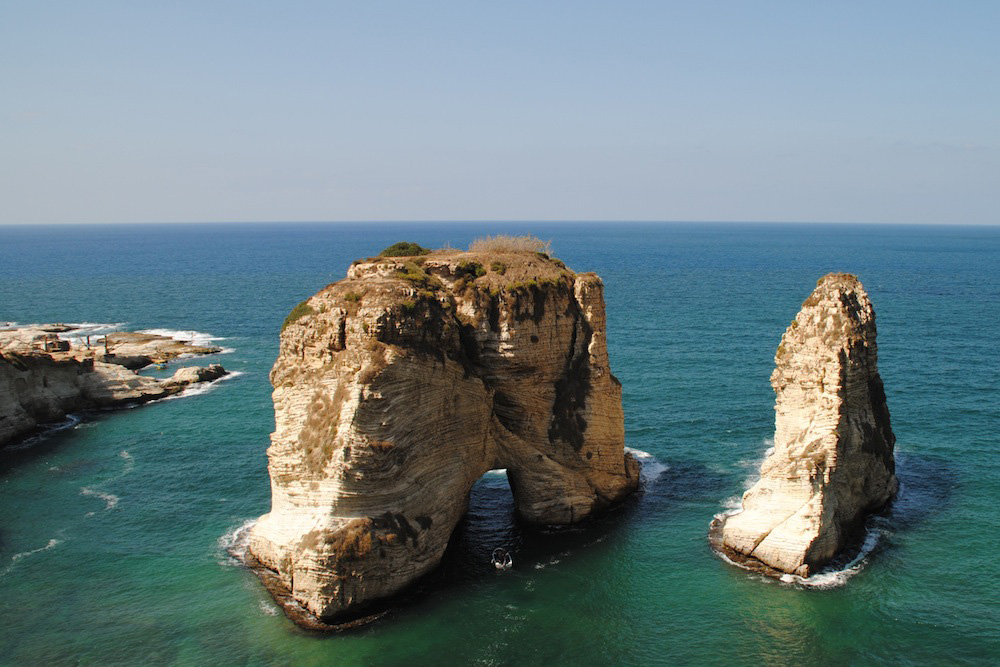 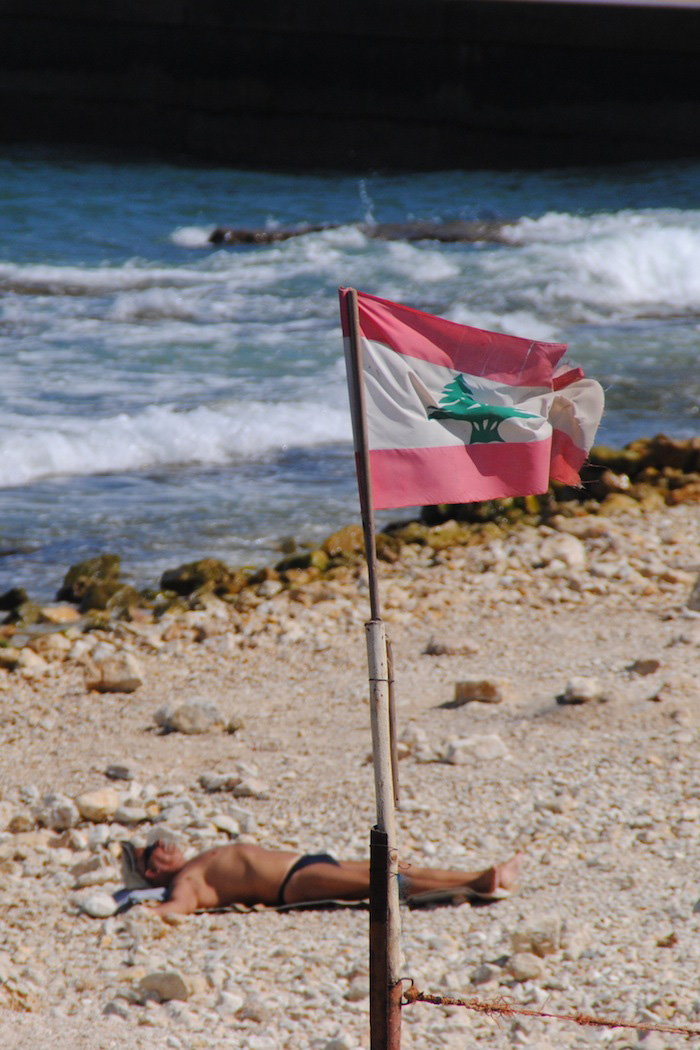 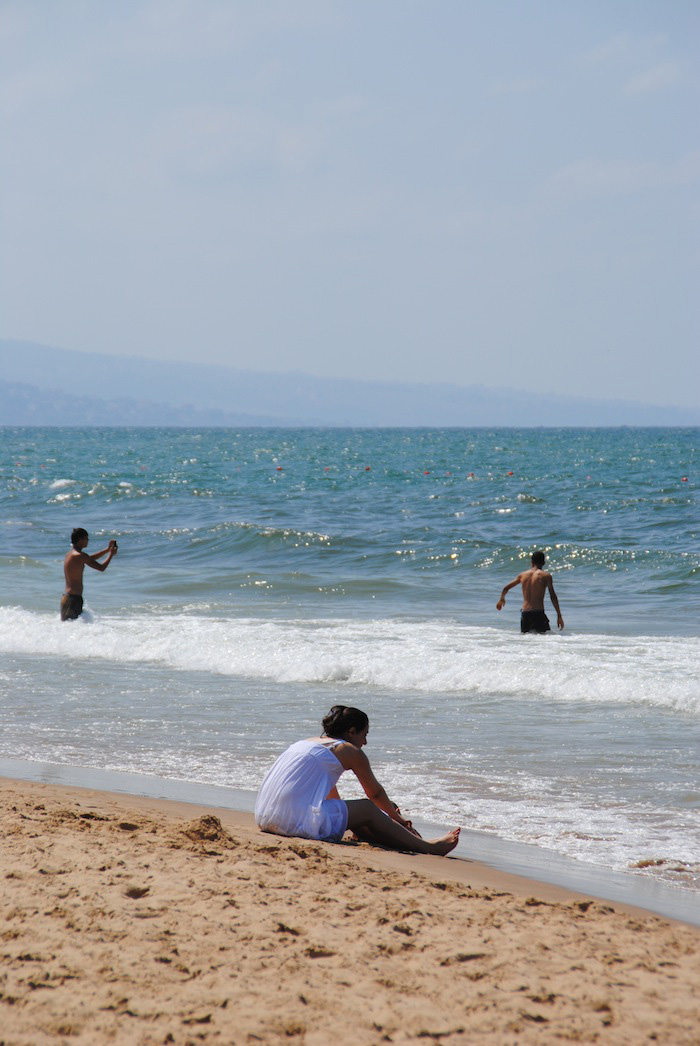 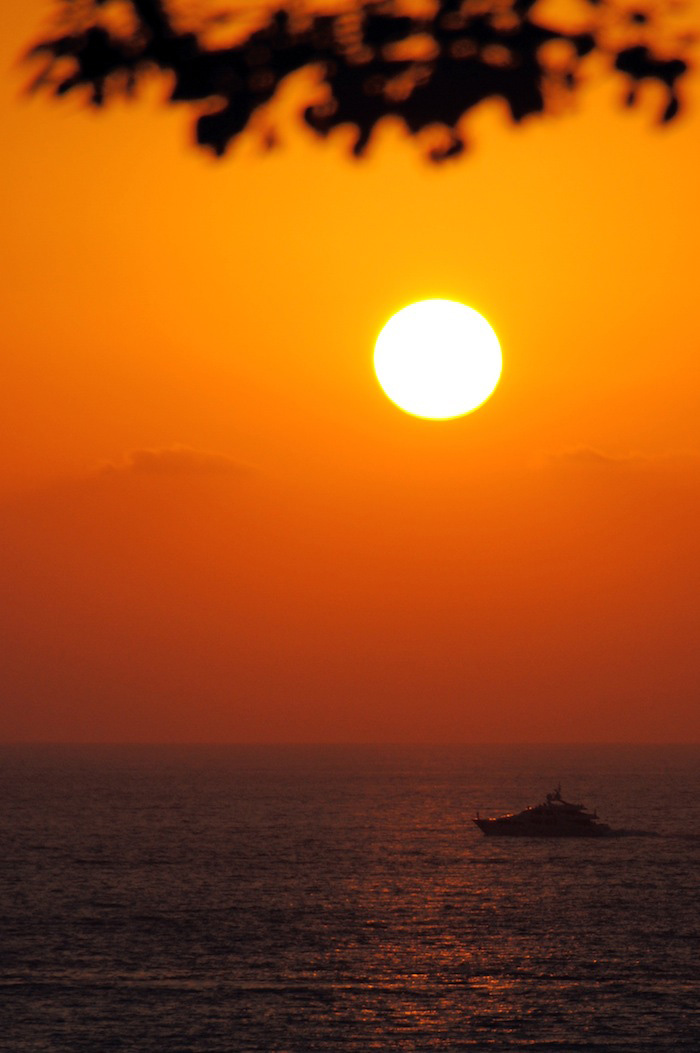 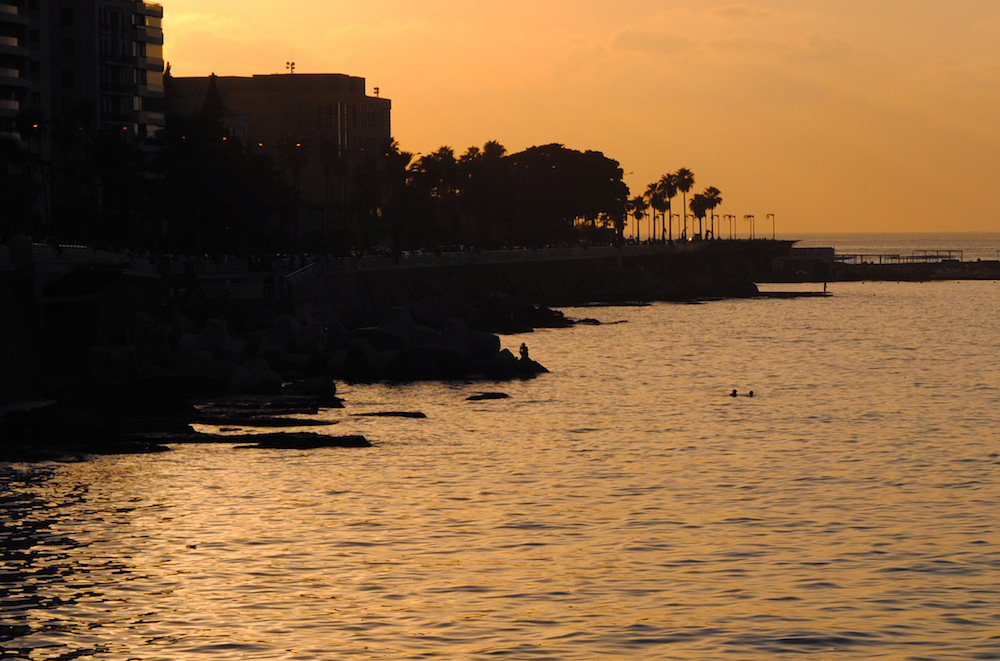 Lounge on the beach for as long as you like (or as long as you can go without oriental hornets disturbing you – obviously, swimming helps this), then head back the way you came for a sunset show unlike any other. Ideally, you’ll get back to Hamra right as the darkness overwhelms the light, leaving you free to enjoy the waterfront under moonlight, take one last peek at the illuminated Rafic Harriri Mosque, or head out into the night again before setting off to your next destination.

Other FAQ About Visiting Beirut

Is going to Beirut safe?

It’s difficult to say that Beirut is totally safe, given the years of war Lebanon has suffered in its short modern existence, as well as the catastrophic explosion of 2010. At the same time, the level of personal safety in Beirut is very high. You’re unlikely to be pickpocketed or harassed, and certainly not to be violently robbed or killed.

Beirut is affordable in some ways, and overpriced in others. I find that hotels and higher-end restaurants here can be expensive, while street food and sit-down meals for local restaurants are much cheaper. Depending upon what the exchange rate of the Lebanese pound is, you should probably plan on spending a minimum of $75 per person, per day in Beirut, and likely a bit higher.

How many days do you need in Lebanon?

If you only visit Beirut during your trip to Lebanon, then I obviously think three days is a fair amount of time to spend. However, if you plan to visit other destinations such as Byblos and Baalbek, you could easily spend a week in Lebanon or longer—it’s all up to you.

As the world finally escapes from the throes of Covid-19, 3 days in Beirut is just what the doctor ordered. Spend a day exploring historical Hamra, and then one divided between the Christian and Muslim parts of the city. You should also devote plenty of time to Beirut’s beautiful beaches and dramatic coastal scenery, whether as a dedicated day, or interspersed throughout the rest of your trip.

Robert Schrader is a travel writer and photographer who's been roaming the world independently since 2005, writing for publications such as "CNNGo" and "Shanghaiist" along the way. His blog, Leave Your Daily Hell, provides a mix of travel advice, destination guides and personal essays covering the more esoteric aspects of life as a traveler.
Read More Share
The Truth About Montenegro
Having Fun in Paris