What divides Romania and Moldova Moldova’s Education Minister and President agreed. Nevertheless, in 2003, a Moldovan-Romanian Dictionary was published, which is about as useful as having a New York-Texas Dictionary—a complete waste of paper.

Moldova is torn: among its population, three times more people claim to speak Moldovan than to speak Romanian. Since the only real difference between these languages is their name, this poll implies that Moldovans believe that there’s more than just the Prut River that separates them from Romanians.

A 2009 survey indicated that 47 percent of Moldovans believe that the Romanian and Moldovan identities are “different” or “entirely different,” while only 26 percent felt they were “the same” or “very similar.”

The Soviets encouraged the belief that Moldovans are different than Romanians by making Moldovans use the Cyrillic alphabet.

This took Moldovans back over 200 years, when they (and the Romanians) used the Cyrillic alphabet. However, after gaining their independence from the USSR 20 years ago, Moldovans reverted to the Latin alphabet, thereby making their language indistinguishable from Romanian.

Nevertheless, the notion that they are different remained. That partly explains why most Moldovans do not want to reunite with Romania.

Ethnically, 70 percent are Moldovan/Romanian and 20 percent are Russian/Ukrainian. Most Slavs live on Moldova’s eastern edge, where they make up the majority. Lastly, four percent of Moldovans are ethnic Gagauz, who are Christians that speak a Turkish dialect. The reason this tiny country is so divided is that the region has traded among various rulers more times than a stock on the New York Stock Exchange. 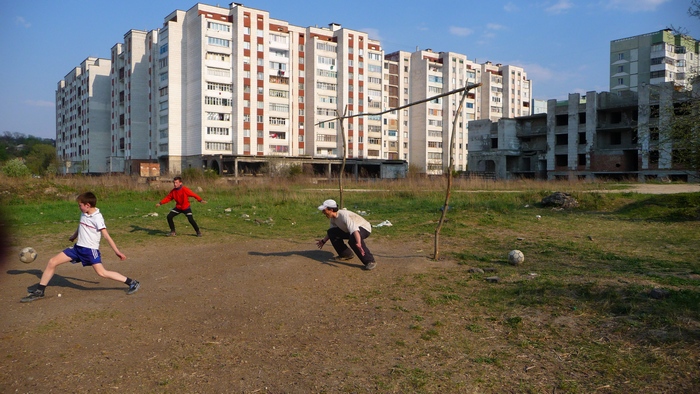 Francis has written a couple of travel books including The Hidden Europe: What Eastern Europeans Can Teach Us and Hike Your Own Hike: 7 Life Lessons from Backpacking Across America. He also produced a 77-minute video about his CDT Yo-Yo.
Read More Share
Cory Doctorow on the Century of War Against Your Computer
Taking in Prague on a Budget Is Much Harder Than It Used to Be