Despite how many times I’ve been to Paris, it never seems to age so experiencing the top Paris sights again and again never gets old. I don’t love Paris more now than I did back in 2005, when I made my first visit to the City of Lights, I just love it in a different way.

One of the main things I hope to convey to you with this Paris itinerary 3 days (or longer) is the complexity of my love for France’s capital, the depth of it and the top Paris sights. Of course, there’s also a great deal of practical information contained in the next 800-or-so words, so we shouldn’t waste anymore time with foreplay. Whether you come for three days or just treat this as a weekend in Paris itinerary, where you stay in Paris is extremely important. If you have more money to spend, I’d recommend you indulge in Paris hotels with a view such as Hôtel Balzac.

One of the more affordable hotels is Hôtel La Nouvelle République. There are also these two hotel gems in the Marais and albeit an older curated list, check out our list of top Paris hotels which also have wifi. Or, if you want pure luxury, check out these luxury Paris hotels.

No Paris city itinerary is complete without recommending that you visit most iconic Paris sights and attractions, so I’ll begin your first of three days in Paris with your first. Start at Sacre Couer Cathedral and, after walking down through Montmartre, find your way down to the Seine River and Notre Dame. From here, there are two places you can go.

Cross north over the river and then head westward along its bank to end up at the Louvre Museum and Tuileries Garden—if you continue walking westward you’ll eventually arrive at the iconic Arc de Triomphe.

Alternatively head south, traipsing first through the Latin Quarter and then into the Luxembourg Gardens, where you can relax before your afternoon in the Trocadéro. Watch sunset here, then head over the Seine to the Eiffel Tower once night starts falling, to see it lit up like it’s always been in your Paris dreams. 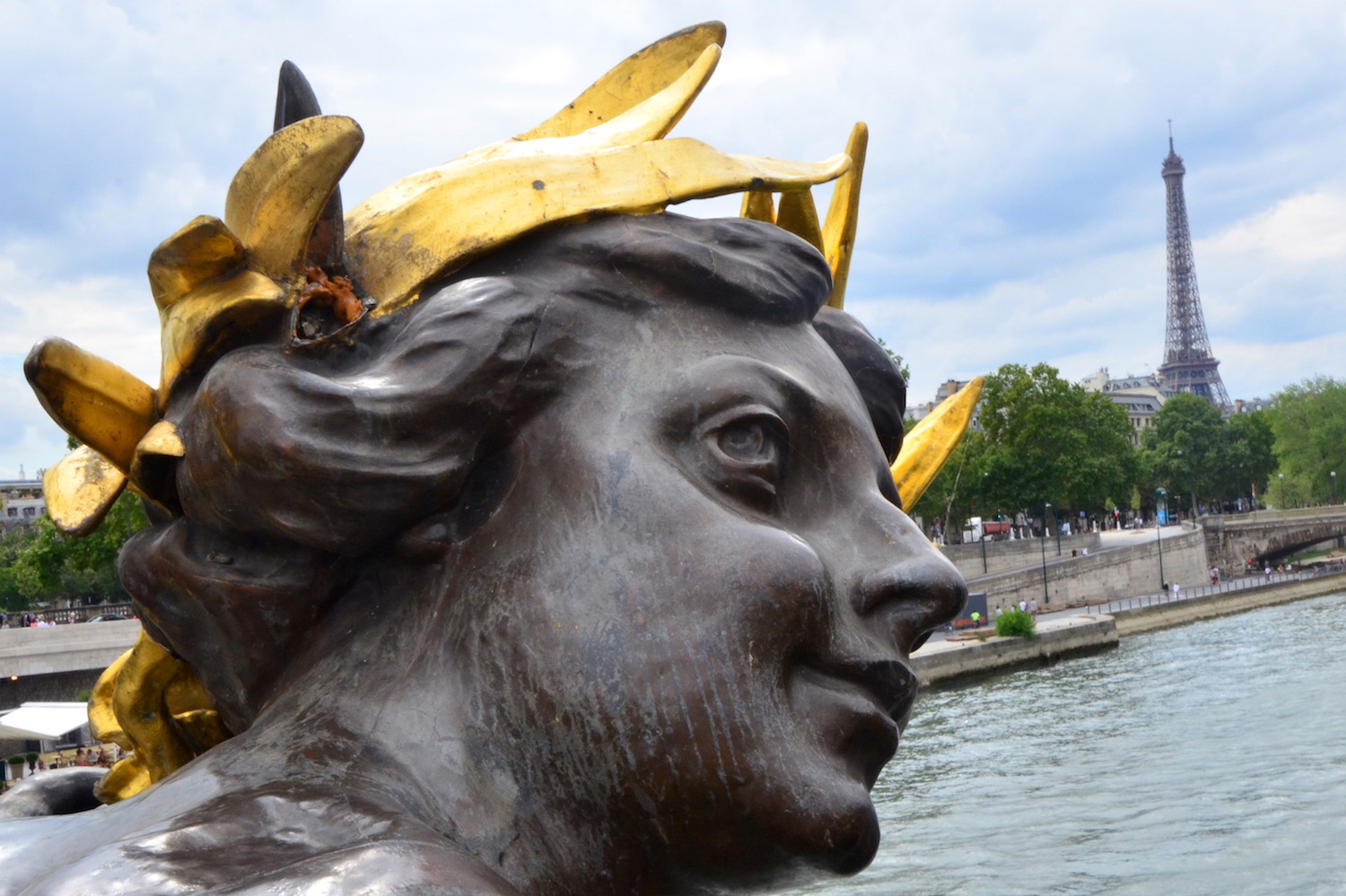 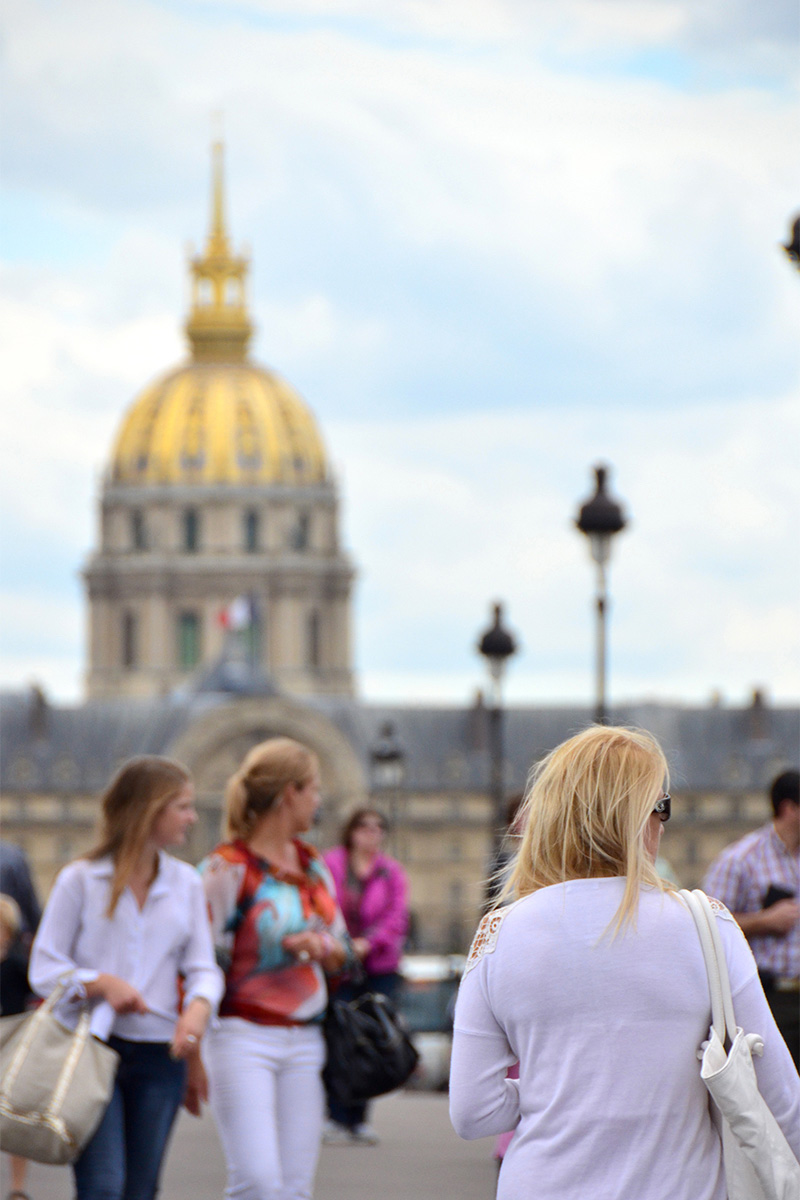 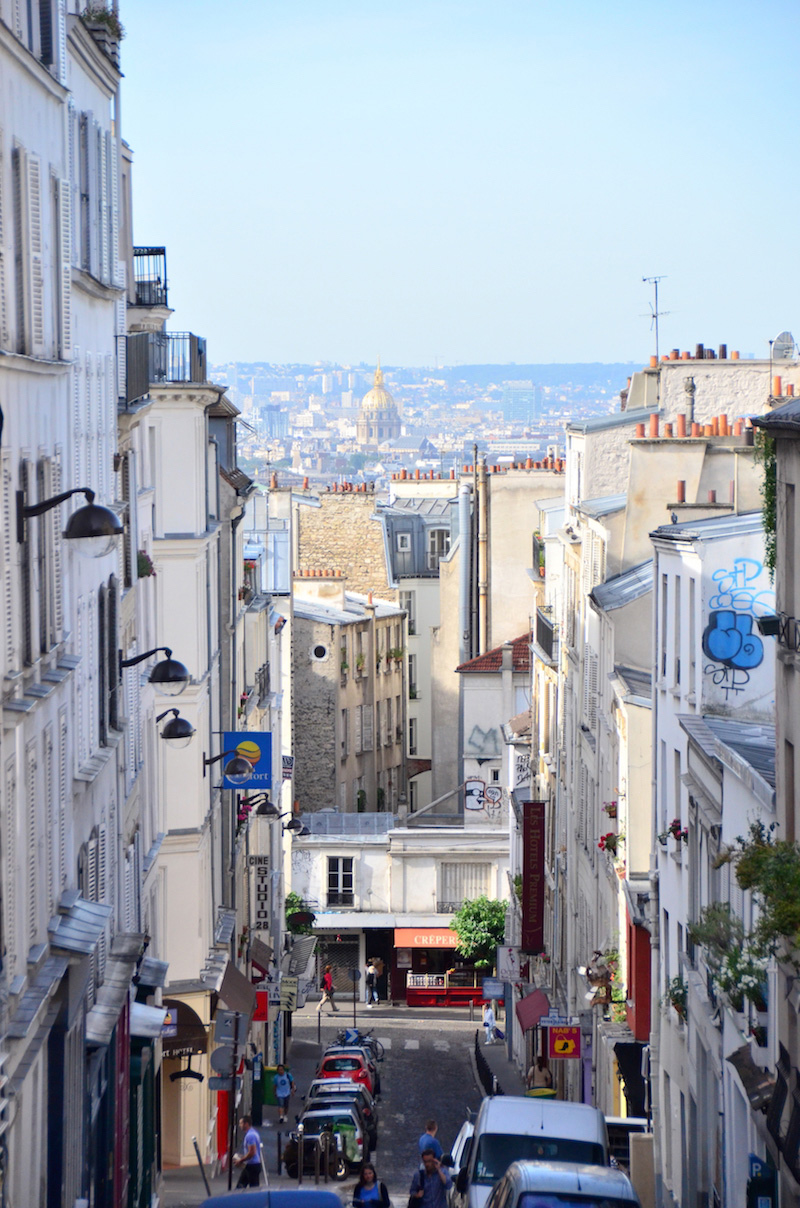 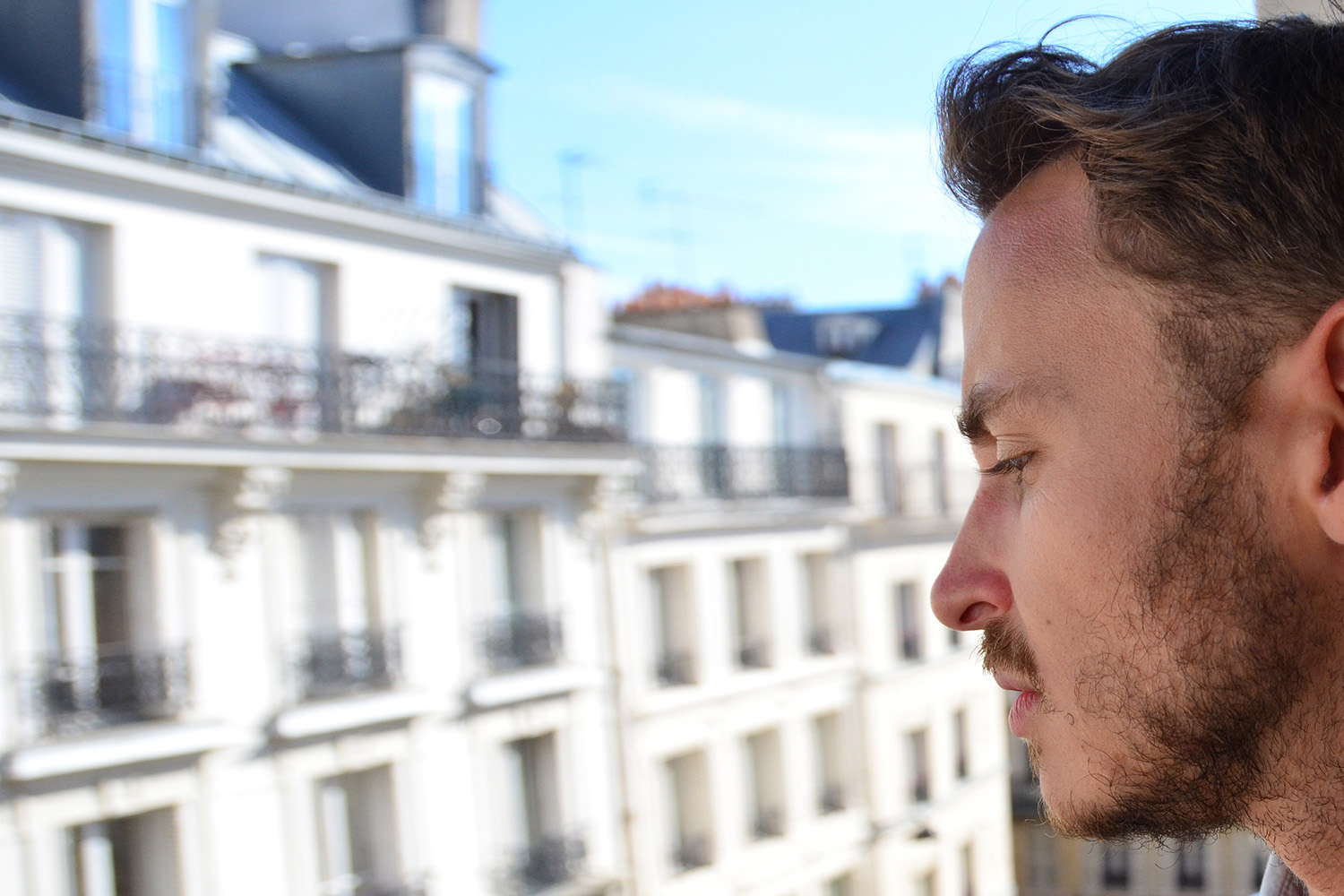 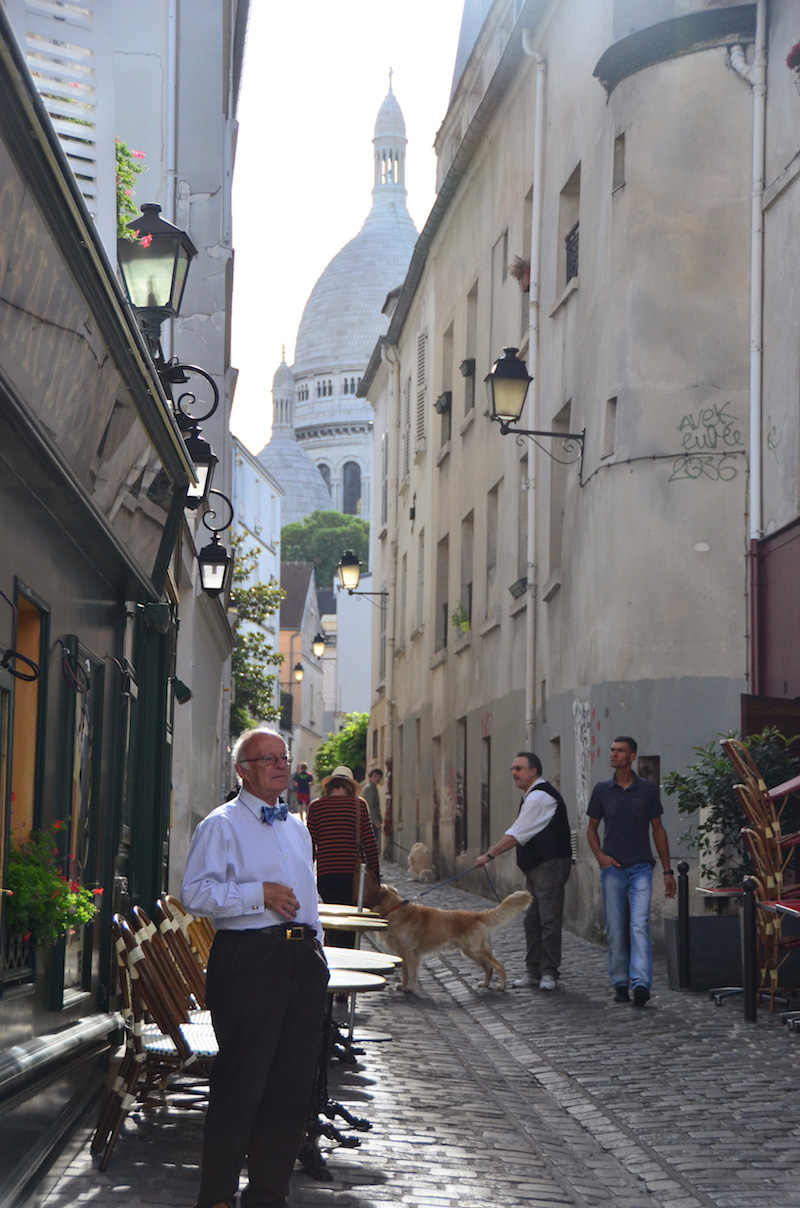 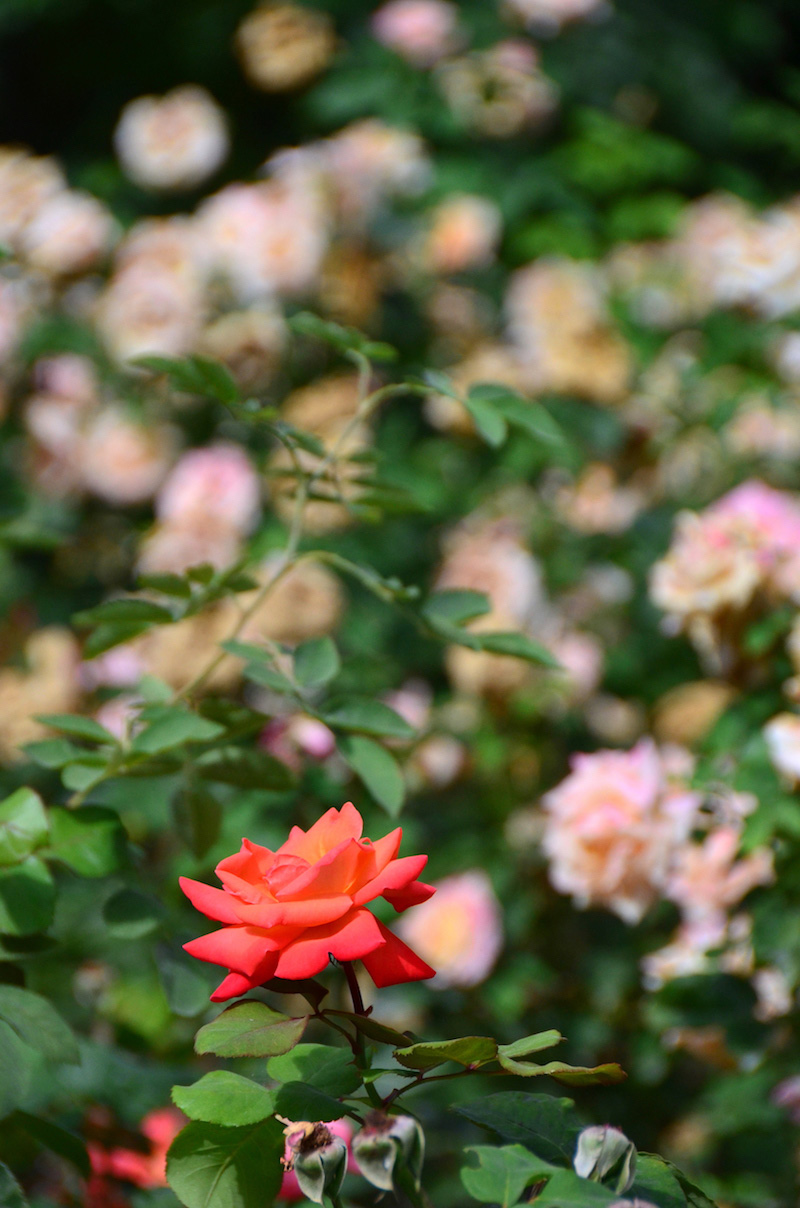 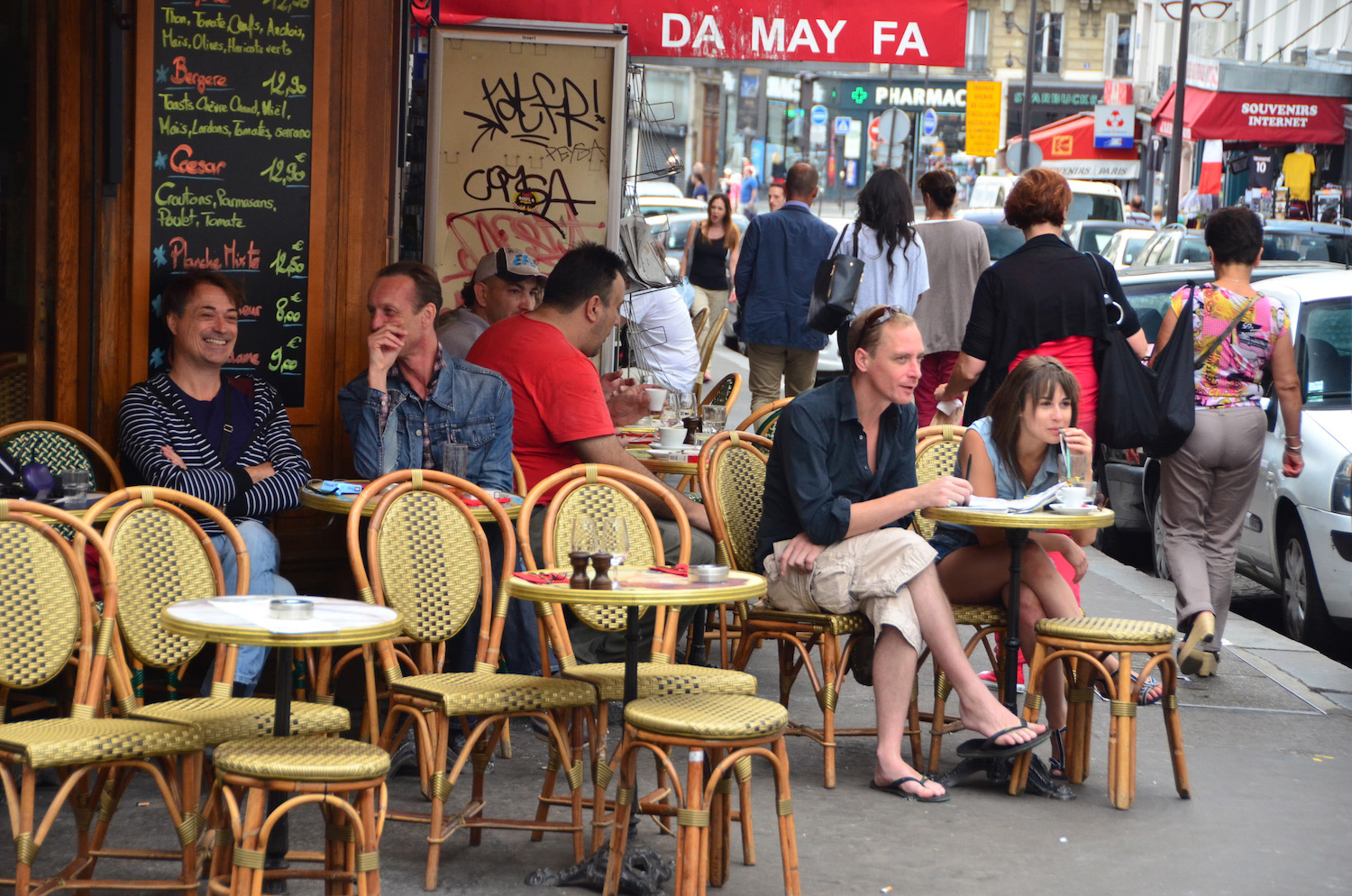 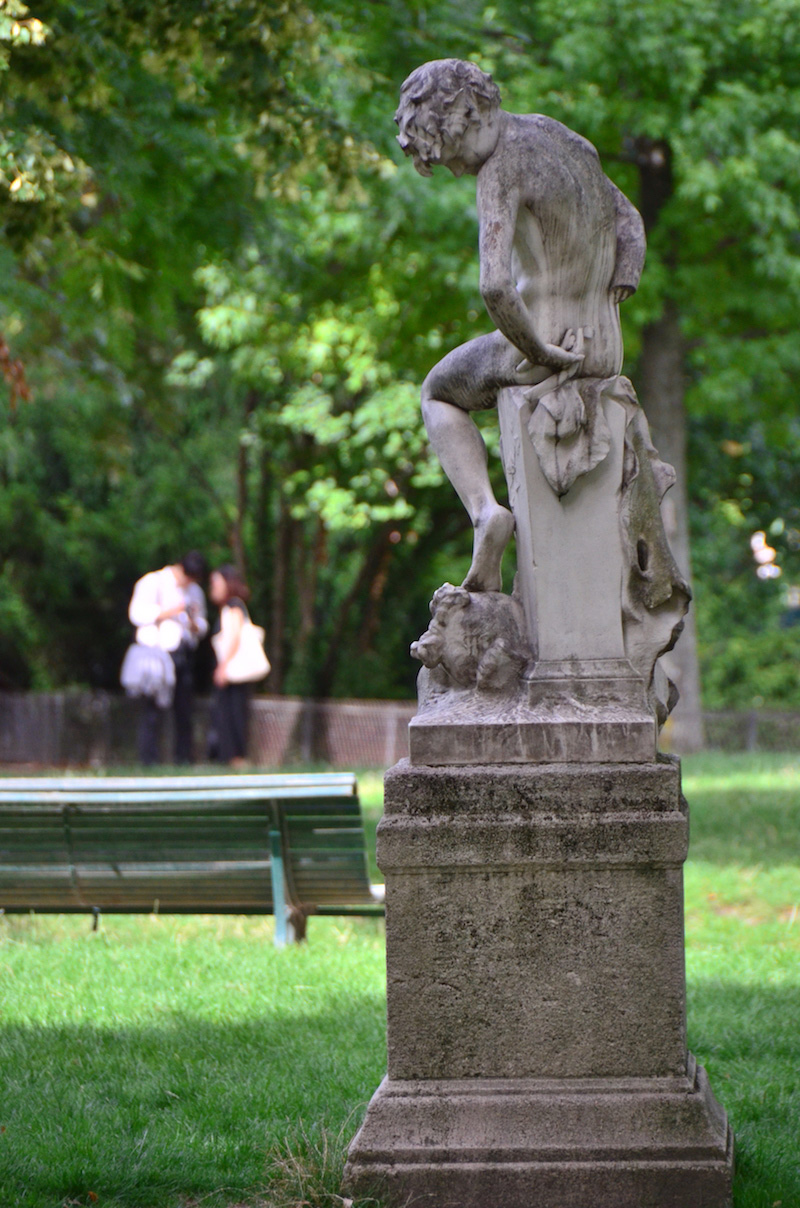 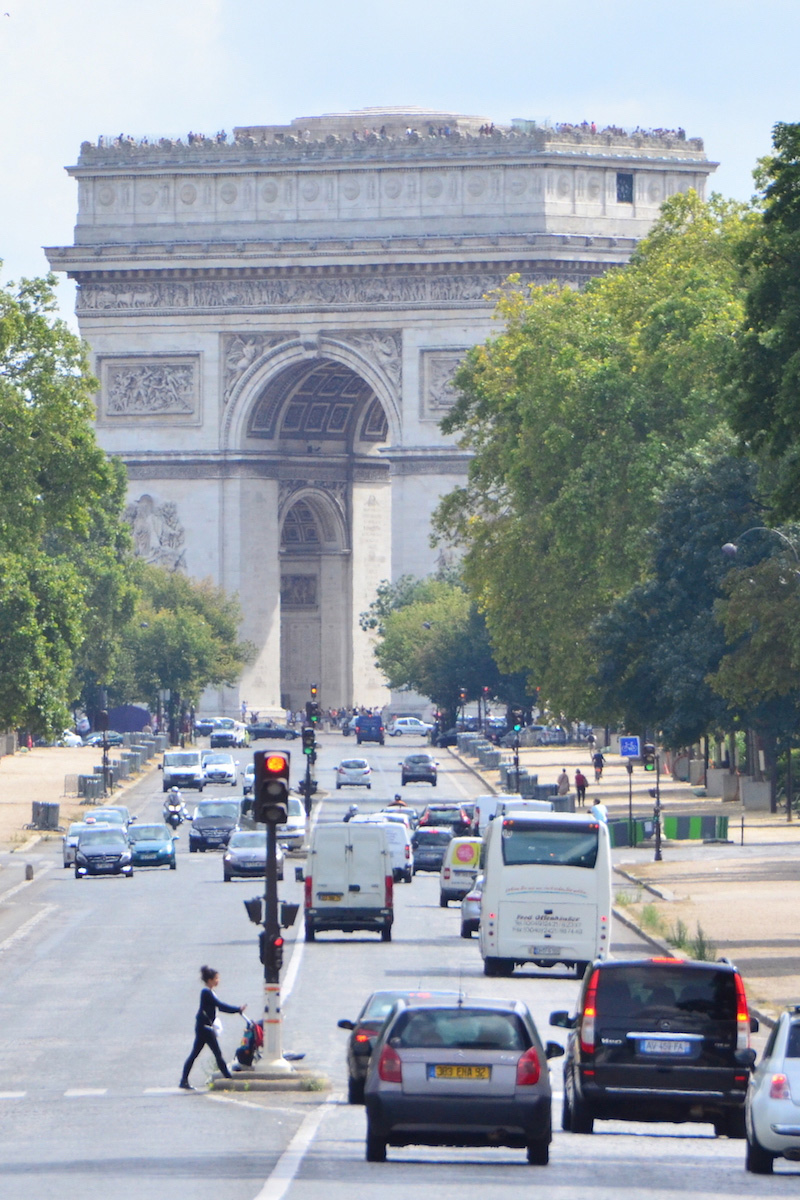 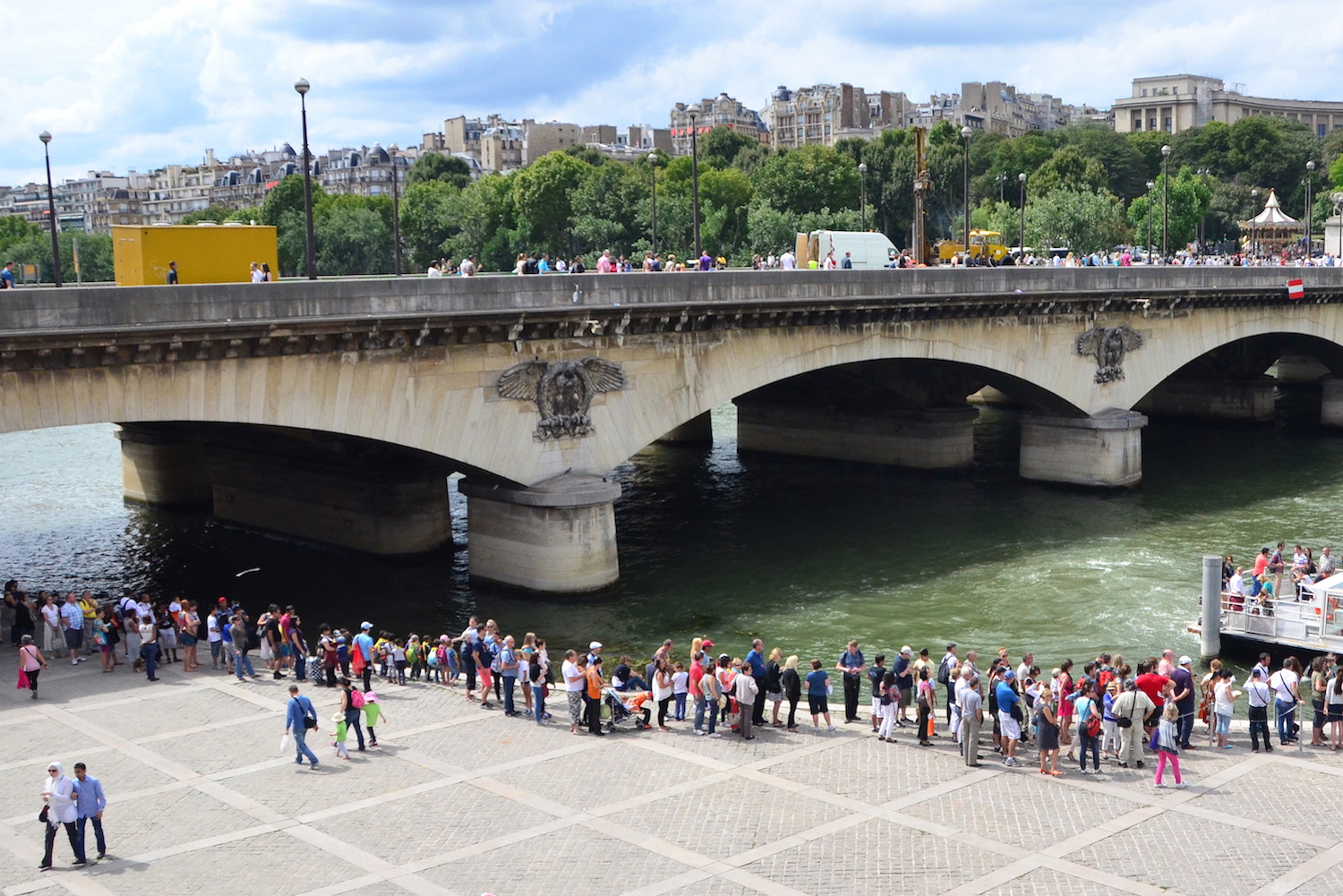 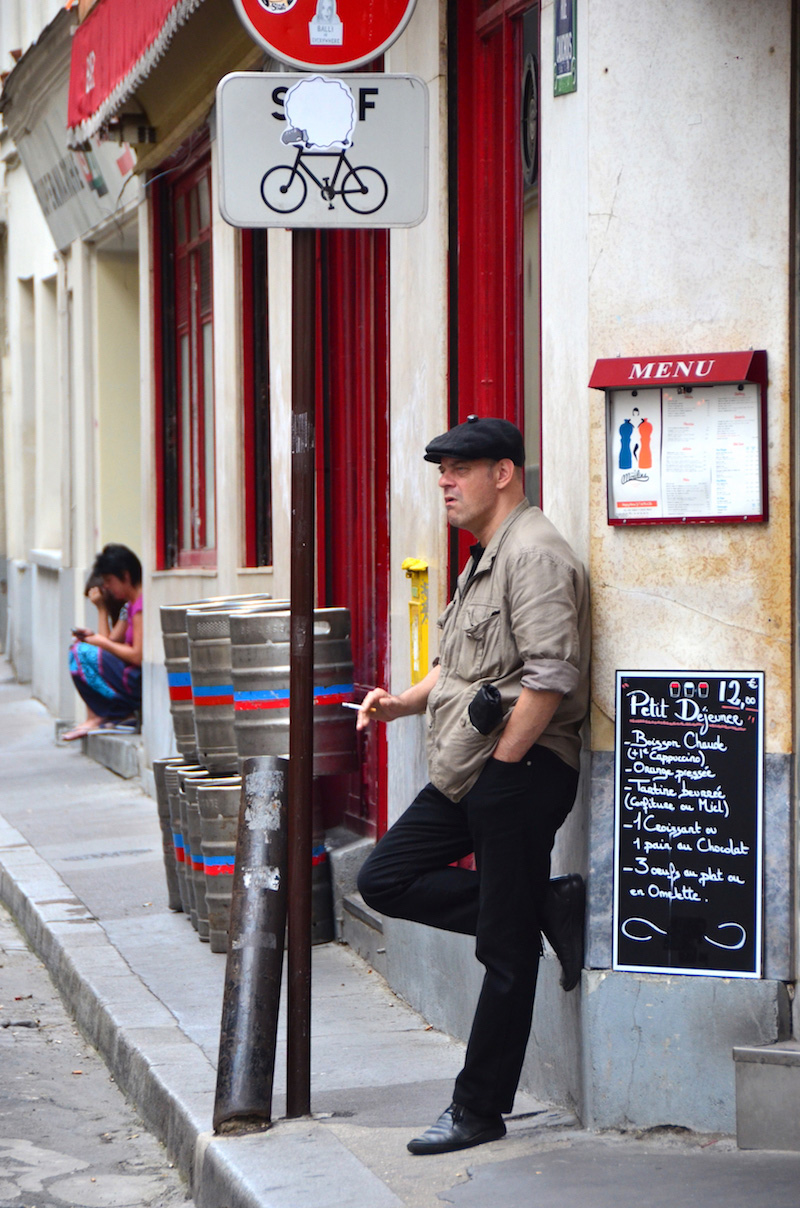 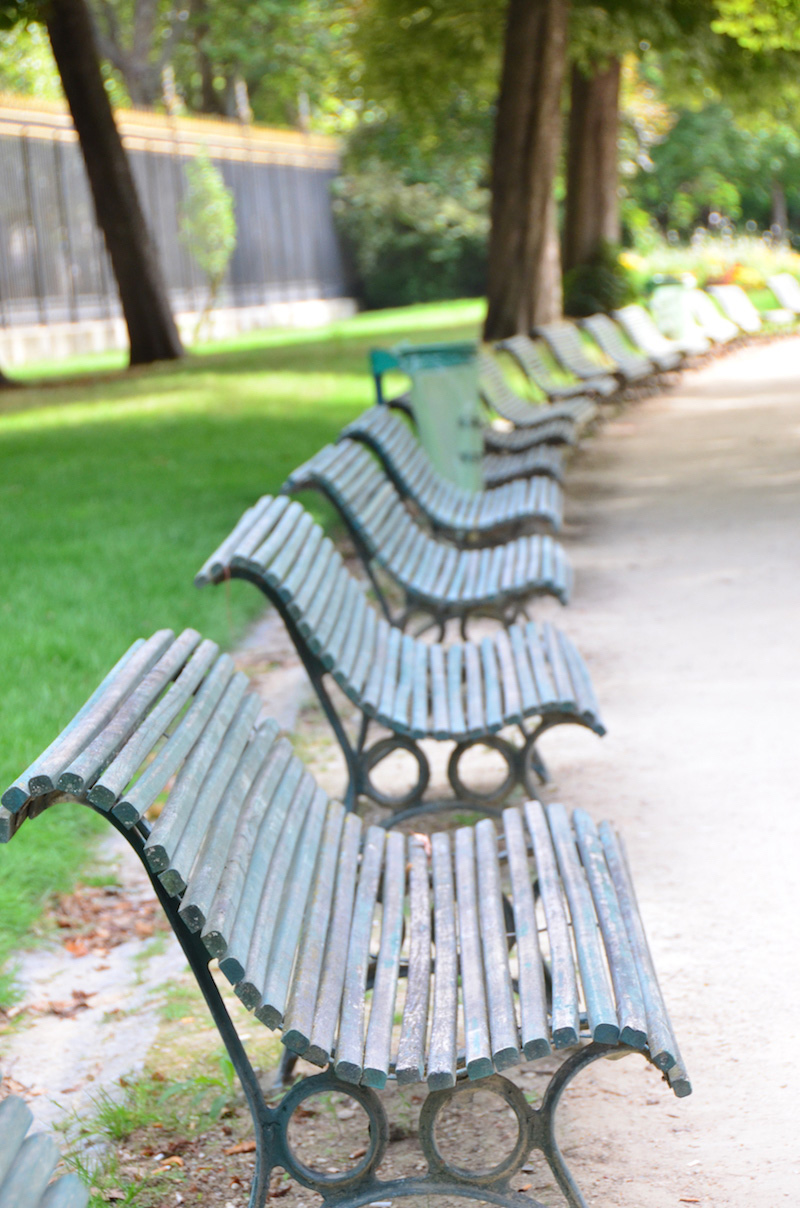 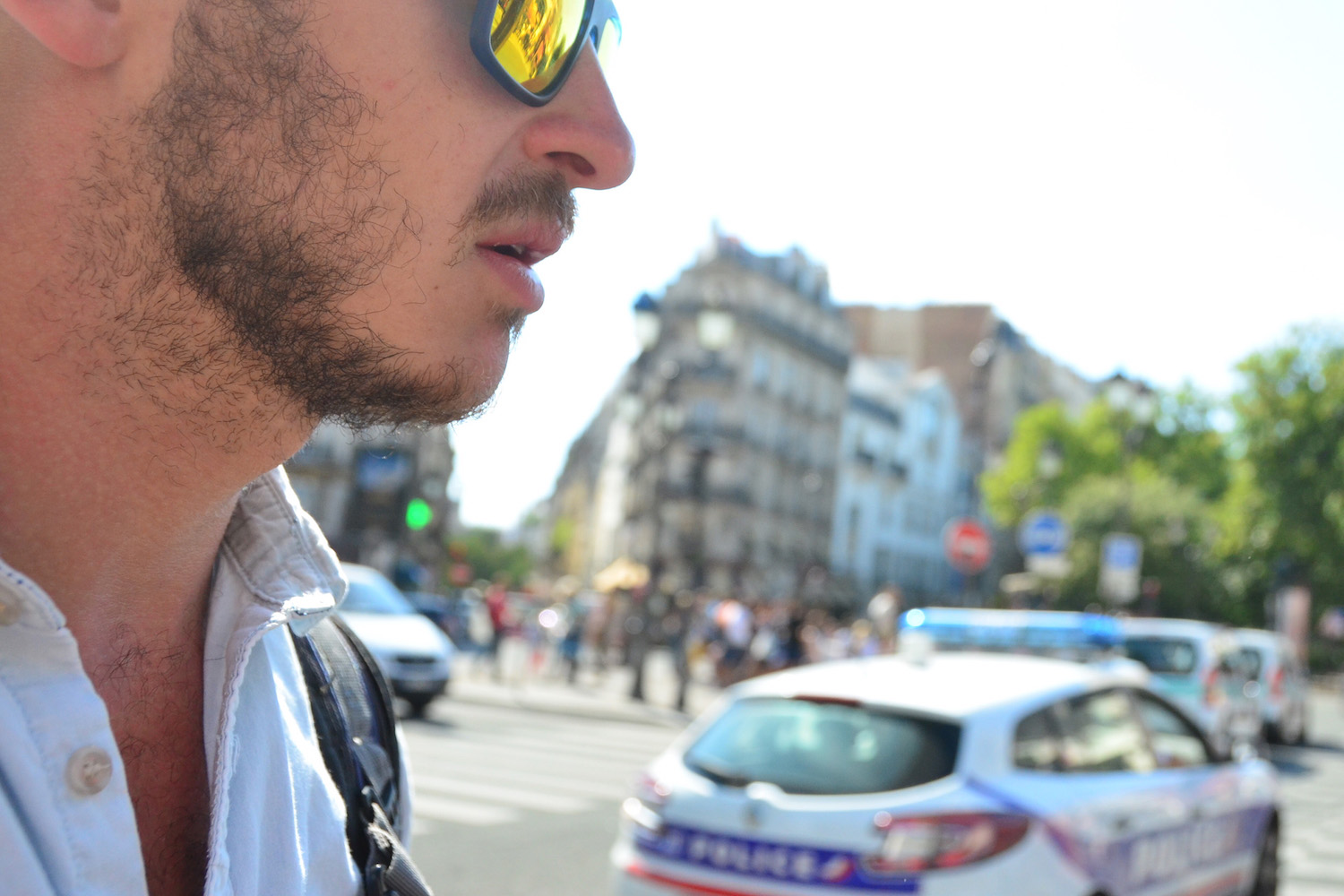 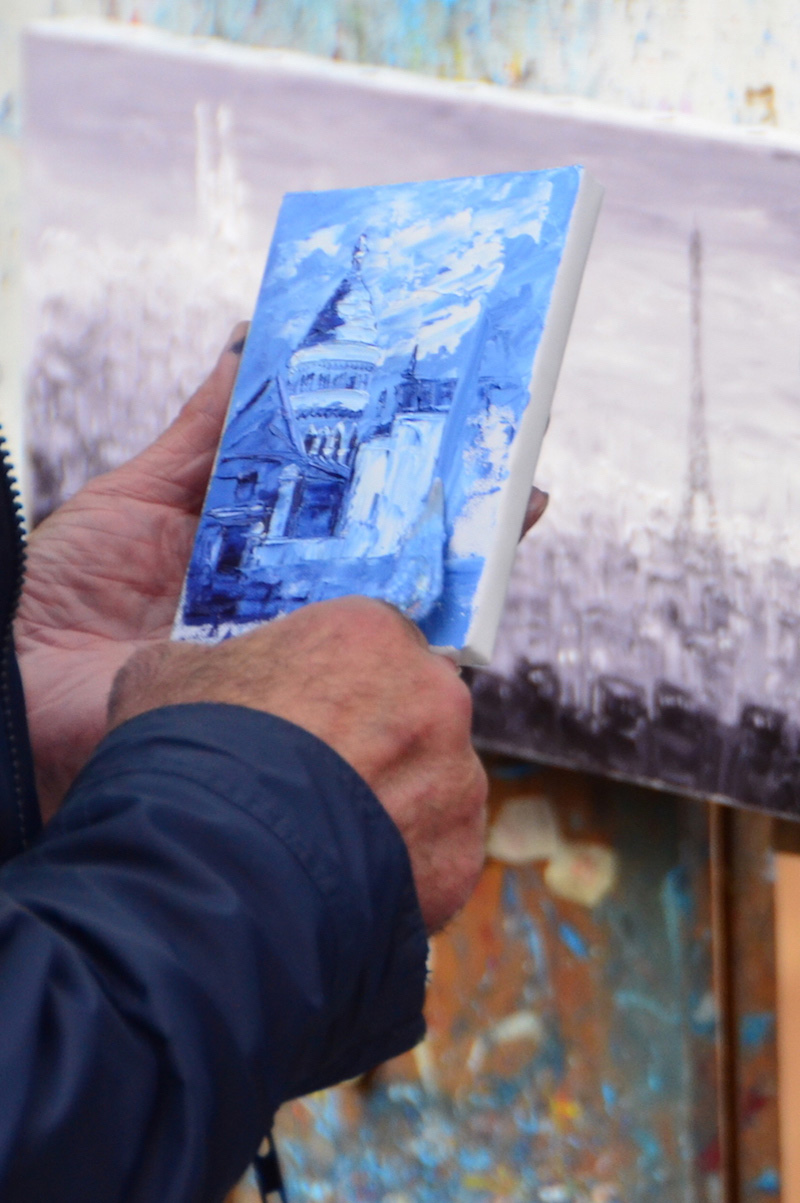 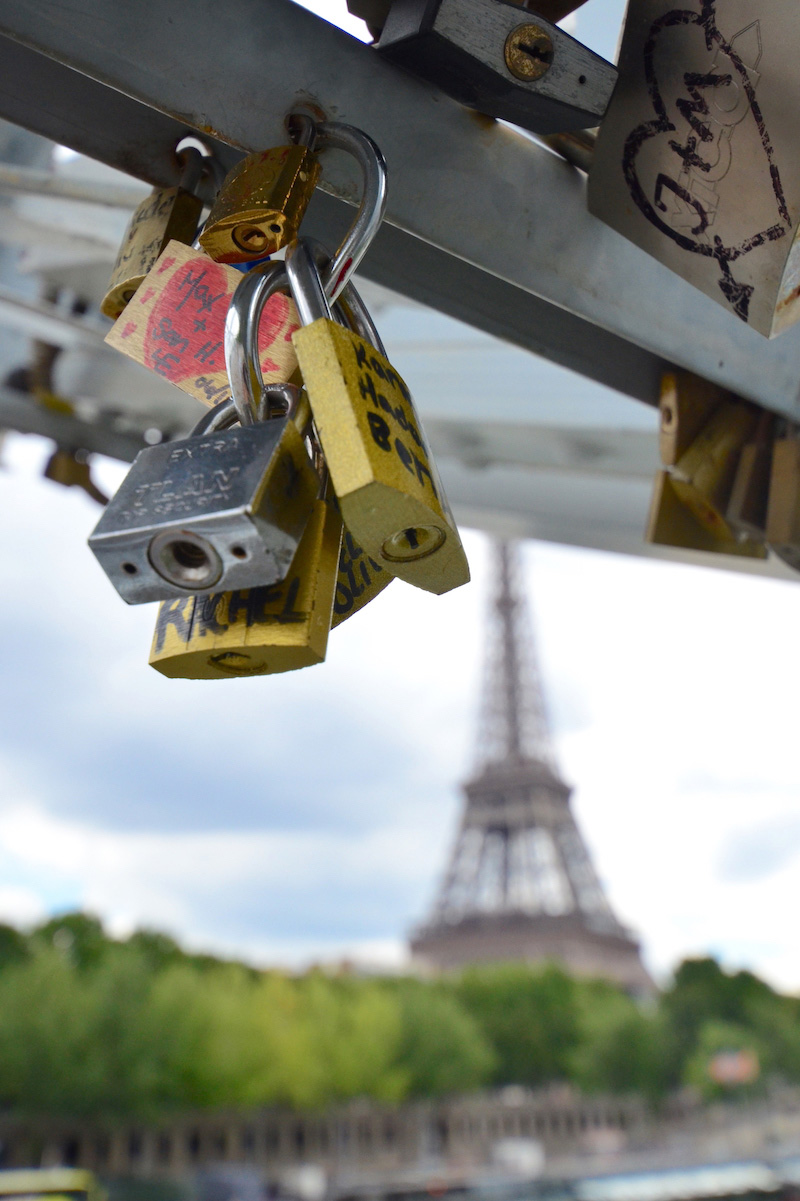 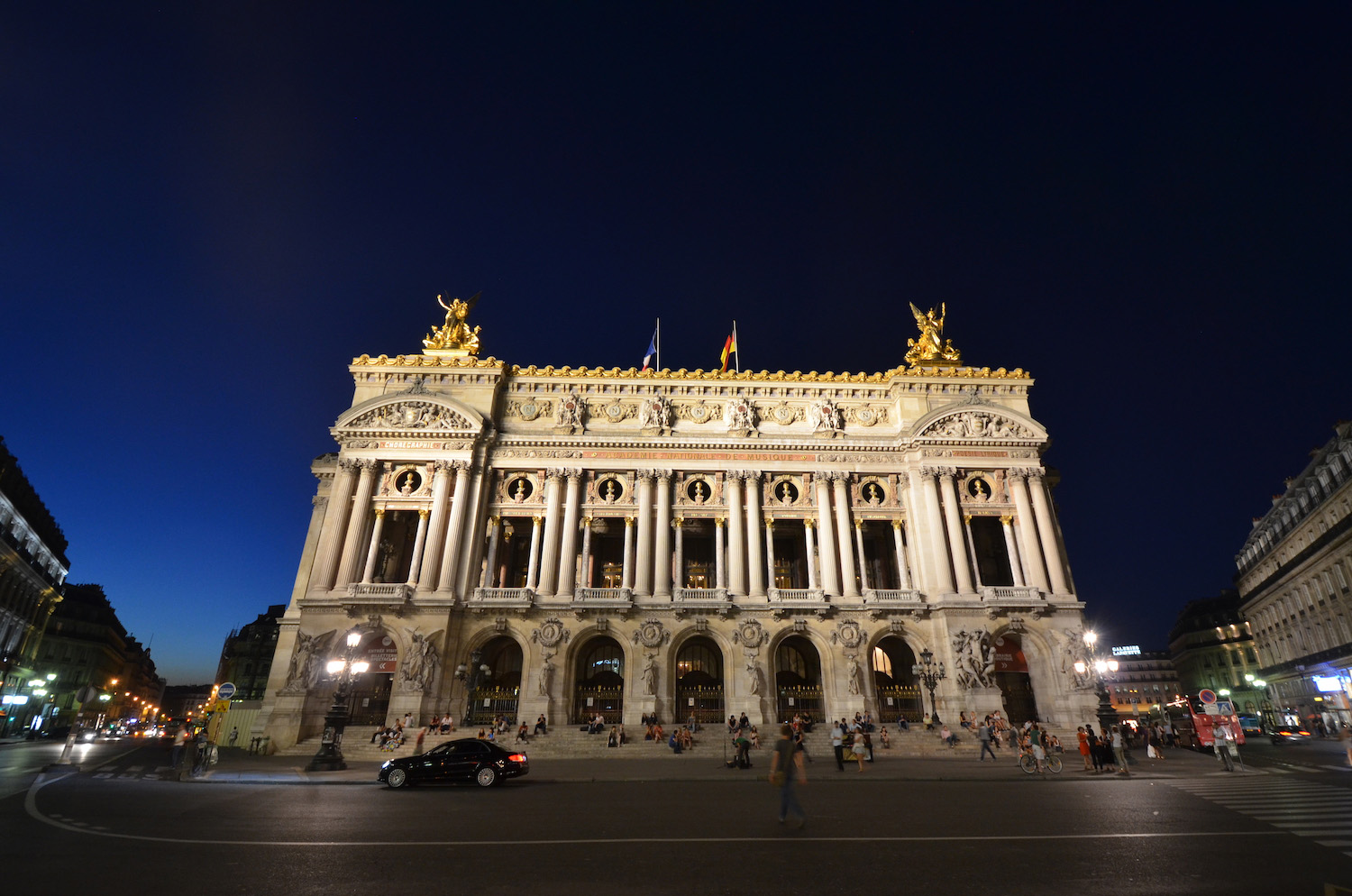 Day Two: Best of the Rest

With your Paris itinerary Eiffel tower portion out of the way, you can focus on some of the “secondary” things to do in Paris. One of my favorites (although this is controversial among Paris pursuits) is riding the subway to La Défense, the city’s ultra-modern central business district. It’s fascinating for me to see this side of Paris—and La Défense, for its part, riffs off the contrast. There you’ll find a more contemporary take on the Arc de Triomphe, which is aligned such that it’s parallel with the original, visible in the distance down the Champs-Elysées.

To be sure, while you could easily spend the entirely of your second of three days in Paris shopping on this iconic fashion boulevard, I’d consider that a waste. After finishing up in “downtown Paris,” you could explore the bohemian Marais neighborhood or even take a chance to appreciate less popular Paris attractions, such as the Centre Georges Pompidou, the sprawling Bois du Boulougne park or the Tour Montparnasse, which is perhaps Paris’ most spectacular viewpoint.

While a Versailles day trip is one of the most popular excursions people take while enjoying three days in Paris, it’s not a foregone conclusion that you should do this. The first reason for this is obvious: There’s simply so much to do in Paris-proper that you might say it’s irresponsible to take a trip to Versailles, or at least somewhat hasty.

Another perspective, of course, is that there are more interesting day trips you can take. Indeed, while you’ll be hard-pressed to fit picturesque Mont Saint-Michel into a single day, without spending a night on the French coast, it’s certainly more exhilarating than the royal palace in my opinion. Ditto for Disneyland Paris, at least if you’re traveling in Paris with kids.

There’s a lot of media chatter about the issues of whether Paris is safe after attacks, but I’m here to tell you: You’d have to be extraordinarily unlucky to fall victim to terrorism, or any crime in Paris really. I’ve been half a dozen times now, but haven’t so much as been pick-pocketed or scammed. If you’re asking yourself the question “Is Paris safe to travel?” my advice is to stop asking, and just book your ticket.

My Paris itinerary for 3 days that includes the top Paris sights isn’t comprehensive, but it does curate the best there is to see and do in the French capital. Spend day one seeing the iconic attractions you’ve always dreamed about, day two digging deeper and day three taking a day trip—or not. No matter how you occupy your three days in Paris, one thing is guaranteed: The City of Lights never, ever disappoints.

Other Great Articles on Paris Worth Reading:

Robert Schrader is a travel writer and photographer who's been roaming the world independently since 2005, writing for publications such as "CNNGo" and "Shanghaiist" along the way. His blog, Leave Your Daily Hell, provides a mix of travel advice, destination guides and personal essays covering the more esoteric aspects of life as a traveler.
Read More Share
All-Inclusive CHIC Punta Cana in the Dominican Republic
Customized Luxury Leather Journals from Epica