Summer is fast approaching and festival season is beginning. There is no better way to make the most of the sunshine of the months between June and September than packing your shorts and sunglasses, and jetting off to one of Europe’s many different festivals. When people think about festivals, they are most likely to mention the well established ones like Glastonbury or the Isle of Wight Festivals. 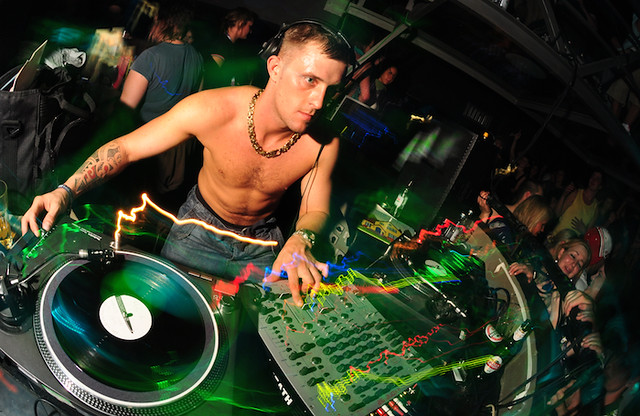 We have gone and found those festivals that are off the beaten track. It’s not just music festivals as well that we have found, there are a number of exciting and cultural events in countries like Germany, Italy and France, as well as unique festivals in the UK.

You might be travelling across the continent by car, train or even bike. No matter how you’re getting about, there’s no excuse not to take a detour and indulge in the festivities that a festival brings. The atmosphere, the food, the drink and the people, all gathered in unison with an aim – to enjoy themselves and have a good time!

You could choose to stay in Britain and don your wellies, before dodging the English summer rain, wading your way through the mud. But with travel relatively cheap and efficient these days, you could be rubbing shoulders with festival goers in cities, towns and fields across Europe in a matter of hours. So, without further ado, here are nine wonderfully different European festival options for 2014!

Young Serbians just wanted to exit out of Yugoslavia’s civil war, so they created the EXIT Festival to do that. Today, it’s one of Europe’s biggest summer bashes.

Eastern Europe is becoming an increasingly popular travel destination, and Croatia is no exception. The Garden Festival takes place in the stunning coastal town of Tisno and is now in its ninth year. This year the electronic music event takes place between the 2-9th of July and is blessed by its location on the shores of the crystal clear Adriatic sea. The glorious sunshine in the daytime is mirrored by cooler evenings, but one thing’s certain, the party never stops!

There is boutique accommodation available for all, including villas and glamping facilities. There are boat rides available and the soundtrack for the week comes from a plethora of underground house and techno DJ’s such as Craig Richards, Leon Vincent and Axel Boman.

And if you don’t want to leave (and who would) the Garden Festival is followed immediately by the Electric Elephant festival. EE is another similar music festival, and another reason to kick back and enjoy the summer sun in Europe.

If you’re looking for a festival idea which is a little closer to home, you could head to the Festival of Cycling, which coincides with the Tour de France.

From the 4th – 6th July, Harewood House, which is North of Leeds, will be turned into an all out cycling fanfare. There is room for camping, and festival goers can enjoy lots of live music throughout the weekend! There will be a purpose built cycling circuit so all visitors can get in on the act themselves, even challenging Olympic medalists the Brownlee brothers in a time trial.

Each year, the town of Pamplona in Spain turns into one non-stop fiesta. Pamplona is world famous thanks to these fiestas and is most well known for the running of the bulls, which was immortalized in Ernest Hemingway’s novel The Sun Also Rises. This year, San Fermin begins at midday on the 6th of July, everyone in the city dons red and white clothing and the fun commences. The Bull Run is something everyone has heard of, and is an event that we should all go and see! The historic town of Pamplona is beautiful all year round, but the chance to visit during the fiesta should not be turned down.

If food is more your thing, you might want to try out the I’Primi D’Italia 2014. Throughout the event, you can wander about and taste all the delights that Italian food has to offer. The market in Piazza Della Repubblica is a hive of activity during the three day festival which runs between the 25th and 28th of September this year. You can travel by train to Perugia.

Now for something a little different. If you happen to be in Sonkajarvi region of Finland between the 4th – 5th July this year, you should head to the world famous Wife Carrying World Championships. The event started in 2014, and is deeply rooted in the local history of the area. The aim is to carry your wife (if she’s over 49kg) over a course of exactly 253.5 meters and the competition has been won by Taisto Miettinen during the last five years. You might even want to enter yourself into the competition!

If Jazz is more your thing, head to the Jazz in Marciac festival which takes place over a three week period in the town of Marciac in southwestern France. This year it is happening between the 25th of July and the 10th of August. Over the years, the event has become a model for rural development centered on a cultural happening. Each year there is a fusion of jazz legends and up and coming talent who take to the stage through both the day and night.

If you are after something a little louder, you could head to the Oktoberfest in Germany. The event is held annually in Munich, the 16-day celebration has been held since 1810 and is an important part of Bavarian culture. Each year, the event runs from late September through to the first weekend in October and more than six million people attend from all across the world. If you fancy a winter break, you could choose to be one of them!

Oktoberfest is amazing because all the beer that is served is local to the Bavaria area. All of the lager must meet a certain strict criteria of being brewed within the city limits of Munich.

Francis has written a couple of travel books including The Hidden Europe: What Eastern Europeans Can Teach Us and Hike Your Own Hike: 7 Life Lessons from Backpacking Across America. He also produced a 77-minute video about his CDT Yo-Yo.
Read More Share
India Through the Eyes of a Rickshaw Passenger
Columbus Texas for Traditional Roadside BBQ