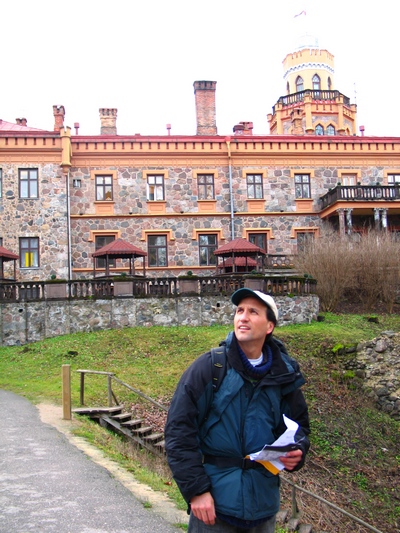 It’s a pity that the word tourist has a negative connotation. It should be a compliment and something to aspire to. Instead, people make statements like: “I hate going there, it’s so touristy,” or “Tourists are so annoying,” or “I’m not a tourist, I’m a traveler.”

It’s time we transform the negative tourist connotation into a positive one.

First, things are touristy for good reason—they’re often amazing in some way. There’s a reason why the Louvre is so touristy and the museum in Lyon is not. It’s because the Louvre is better.

The Golden Gate Bridge is touristy because it’s more breathtaking than the bridge in Harrisburg. Similarly, the Grand Canyon attracts more tourists than the Great Divide Basin because the Grand Canyon is far more spectacular.

We can have pedantic debates about beauty being in the eye of the beholder, but I hope you will understand the point.

Tourists are smart and well-informed and so they spend their time, money, and energy going to extraordinary places. They would be stupid to do otherwise, so let’s stop saying that tourists are stupid and that touristy places are lame.

Second, tourists are more alive than a local resident. When a tourist visits Prague, she walks around like a child, observing every building, every sign, and every scent. The local, on the other hand, walks with tunnel vision, oblivious to the world around him.

He’s a zombie in his own city. Ask the local about a building, a statue, or the city’s history, and you often get a shrug and “I dunno.” Ask the tourist, and she has the answer because she read it in her guidebook. Or at least, she’ll be curious to know the answer.

Francis has written a couple of travel books including The Hidden Europe: What Eastern Europeans Can Teach Us and Hike Your Own Hike: 7 Life Lessons from Backpacking Across America. He also produced a 77-minute video about his CDT Yo-Yo.
Read More Share
Taking in Prague on a Budget Is Much Harder Than It Used to Be
A Quick Tour Through Bulgarian History