Now that I have your attention, meet sea-buckthorn. A prickly deciduous shrub that has grown wild in China, Mongolia, Tibet and the Trans-Himalayan zone of India for many million years. Said to contain over 250 bio-active ingredients, it is today feted as the ‘Most Perfect Plant in the Whole World’. 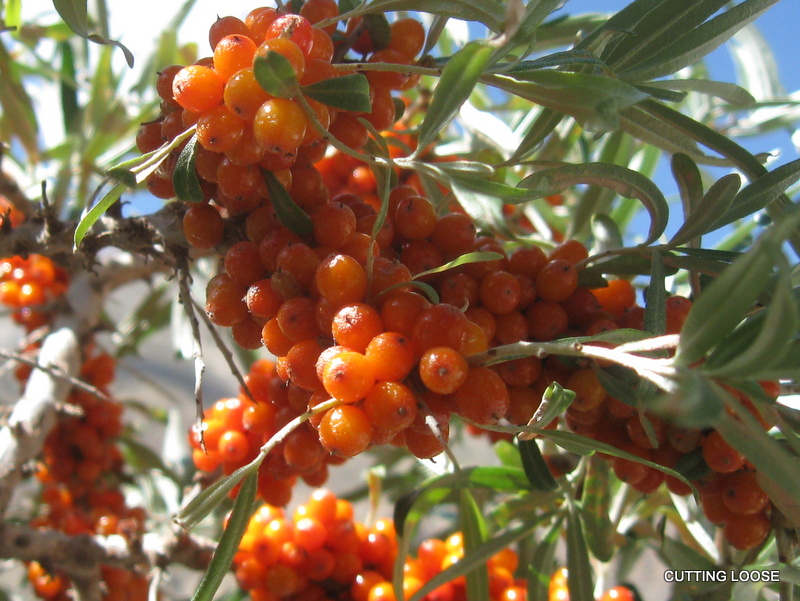 For long, visitors to the Ladakh & Spiti regions will have seen its optimal use as a thorny keep-out around homes and fields; and fuel. Though traditional healers have always known of its wondrous qualities (credited as it is with treating many hundred diseases); that it is anti-cancer, anti-radiation & anti-aging is a wisdom of recent vintage. I was recently introduced it by Ishita Khanna who is working closely with local communities – women being major stakeholders – to resuscitate what a decade ago was a fast depleting super food.

The common variety favours dry and sandy regions with a hearty dose of sunlight. It shuns the shady company of larger trees & is usually found along river banks, at least in Spiti. A mention in Greek mythology suggests that Hippophae rhamnoides (its formal moniker) may also have found salt-sprayed coastal Europe congenial enough for sinking roots. Legend has it that the plants leaves were the preferred food of the mythical winged horse, Pegasus, and were quite literally the wind beneath its wings (due apologies to Bette Midler). The Mongols, too, will have you believe that Genghis Khan credited seabuckthorn with giving his armies the incredible strength and endurance they required to conquer his enemies. Who, then, are we to disagree ? 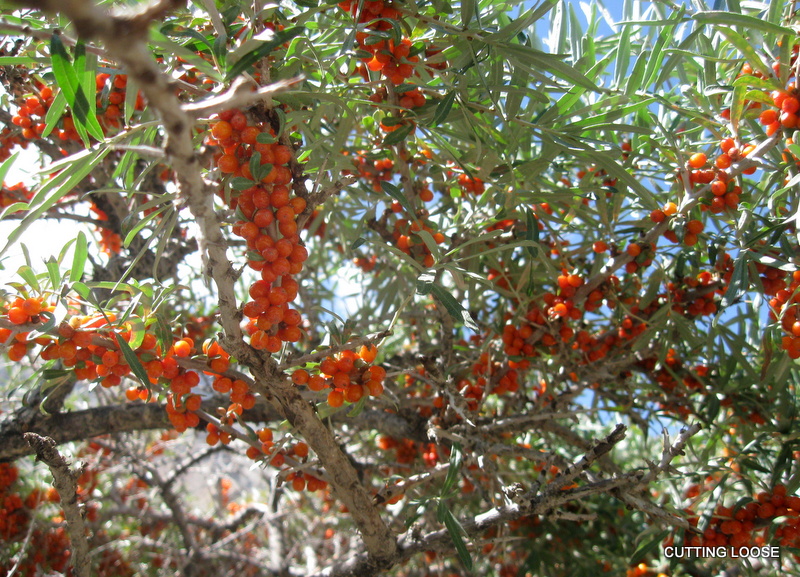 When she is not travelling, she is writing about it. Over the past decade or so, she has created an impressive writing repertoire for herself: as a columnist with Hindustan Times, as a book reviewer for The Tribune and as a contributor to travel magazines in India and overseas. Her work-in-progress, the documenting of colonial heritage along the Old Hindustan-Tibet Road, is an outcome of her long-standing romance with the Himalayas.
Read More Share
Los Poblanos Historic Inn and Organic Farm in New Mexico
The Surrealness Of South Africa’s Uilenkraalsmond Will Blow You Away…